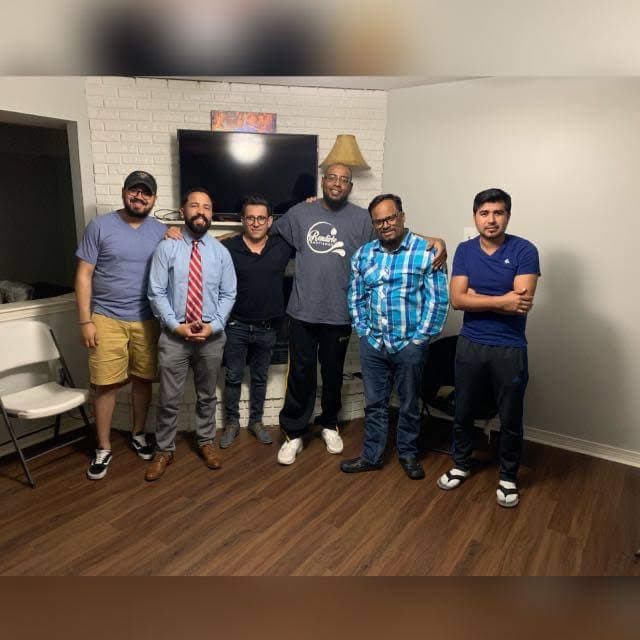 Joshua Leiva found Christ at Iglesia Celebration in Kenner. Leiva was baptized at the church and remains active in numerous ministries there. Submitted photo

KENNER, La. – Joshua Leiva was borderline suicidal following the loss of his grandmother, whom he affectionately called, Mama Sonia. Diagnosed with lung cancer in August of 2018, she lost her battle just a few months later.

“I knew exactly how I wanted to take myself out — I’m going to be in my room,” he recalled. “I’m going find a noose and I’m going to hang myself in the closet.

“I was the last person to see her alive,” continued Leiva. “I remember breaking down a couple of times when my family was not around, because I am more of a private person.”

As he battled feelings of despair and suicide, his mother began attending Iglesia Celebration in Kenner in early 2019. Initially, he declined her invitation to attend — until she said Iglesia was the kind of church she would have wanted to take Mama Sonia too.

“How could I turn that down?” Leiva said. “I went and that’s when I felt something at this church that I had never felt before. I felt embraced by all these people I didn’t know. It was awesome”

“I went to their home and they told me about what they were going through,” Rivera said. “Joshua contacted me later and we went to a local mall where he told me more about the situation relating to the passing of his grandmother and a relationship with a former girlfriend.”

Leiva recalls going into his room later in the week and everything “sunk in.”

“God, despite what I’m going through, I trust you and I have faith in you,” he prayed. “I just lifted up my hands and said ‘God, I’m yours. Whatever you need me to do, I’m here.’”

Rivera baptized Joshua in late 2019 and he continues to be involved in several ministries in the church.

Iglesia Celebration in Kenner launched in February 2019 with assistance from the Georgia Barnette State Missions O­ffering. It is one of 22 congregations the Louisiana Baptist Convention planted across the state in 2019.

Since 2010, the Georgia Barnette O­ffering has helped start just under 270 churches. Thirty-six of those have been new Hispanic congregations, doubling the number of existing LBC Hispanic churches since that time.

Iglesia Celebration in Kenner shares a building with its English-speaking sister congregation, Celebration Church in Kenner. Although just months old, the Hispanic flock was averaging more than 120 in worship attendance prior to the quarantine.

God has given Rivera a specific vision for who the church is attempting to reach, he said.

“Our vision is to be a church for people who don’t regularly attend the church, people who are not familiar with a Christian religious experience,” Rivera said. “We have developed a church that feels like family. It is a special environment, a good place, a place where you can stay”

For more information and resources regarding the impact and reach of the Georgia Barnette State Missions O­ffering, visit georgiabarnette.org.

By Steve Horn ALEXANDRIA, La. (LBC) - This year has brought about more challenges and cancellations than any of us care to recount. For those meetings and events that were scheduled, more times than not, they happened virtually rather than in person. This has been true for us as Louisiana … END_OF_DOCUMENT_TOKEN_TO_BE_REPLACED