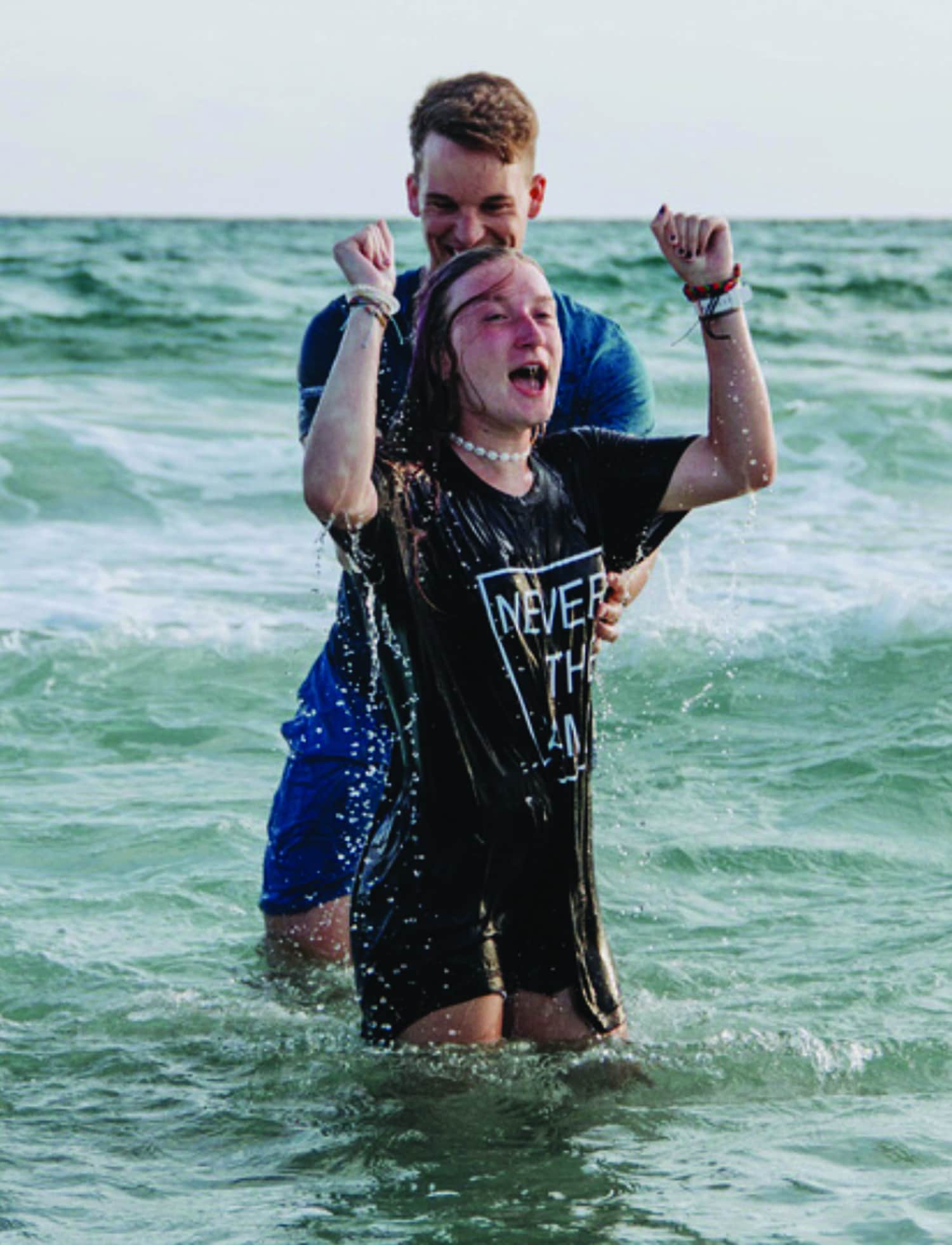 PANAMA CITY, Florida – A small area in the Gulf of Mexico, just off a sandy white beach in Panama City, Florida, served as a “baptistery” for 20 students and adults from Cypress Baptist Church, Benton, at the end of summer camp in late May.

Student Pastor Kevin Flattmann beamed with excitement as 18 young people each declared they were a new creation in Christ through baptism.

Two repentant adults – who were convicted because they had not yet been obedient in being baptized despite enjoying the forgiveness of salvation — joined the youth in being buried and raised in Christ in the saltwater.

“You put a lot of effort in these camps and you pray so much for God to work in those students’ lives during the week it take place,” Flattmann told the Baptist Message. “They are dealing with things today you never thought they would be dealing with, and to see them take this important step of baptism is a powerful representation of how the Gospel changes lives. To see these students have the outward joy of Jesus written on their lives as each one went down into to ocean water and up was a moment I’ll never forget.”

Before camp began, Flattmann led several months of prayer times with other youth leaders to ask God to move throughout the camp.

God answered with an outpouring of the Holy Spirit and a harvest of souls.

“After that first night when He moved several students to come forward to make a decision for Christ, I looked at my adult leaders and told them we need to pray because God is doing something really special,” Flattmann said. “We saw students respond to the Gospel in ways we weren’t expecting. We saw kids we had been praying for over several months completely changed and on fire for the Lord.”

Tristan Maggio was among the group that was baptized. During one of the services, he arose, intending to come forward and pray about a personal renewal of his faith. Instead, he was convicted of his need for salvation, and made an authentic profession.

“I thought God was calling me to take a next big step, but I was led to repent of my sins and accept Christ as my Savior,” Maggio said. “I always thought I was saved, but the Holy Spirit broke my heart that night of camp.  Since I left camp I have been reading the Word daily and trying to glorify Jesus’s name more and more each day.”

Flattmann said he is anticipating the movement of the Holy Spirit to continue among his students as they gear up for the start of the fall semester at their schools.