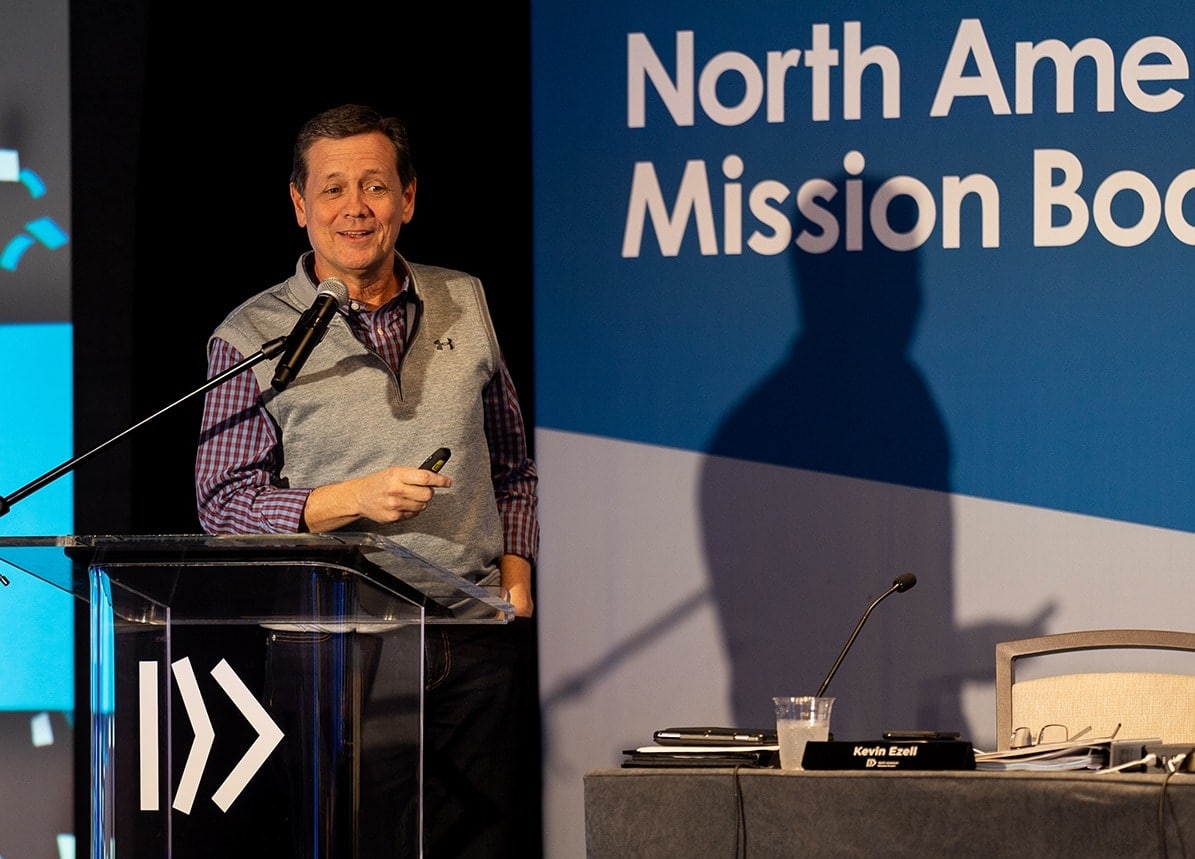 ALPHARETTA, Ga. (LBM) – The three officers of the North American Mission Board of the Southern Baptist Convention have casually dismissed a list of concerns about a lack of partnership – views expressed by six state executive directors who stated specific complaints in a Aug. 12 letter to Kevin Ezell, NAMB president, and his trustees, and to the SBC Executive Committee and its president, Ronnie Floyd.

Five Western and one Midwestern state convention leaders wrote that chief among their issues was the unilateral approach NAMB has taken with state conventions outside the South with regard to NAMB’s new Strategic Partnership Agreement.

A news report on that letter can be accessed using the link, baptistmessage.com/six-state-execs.

“You have correctly identified that we are more focused (centralized) and directive in our strategies, personnel and funding,” they wrote. “We’re not sure you could make a more complimentary accusation of us!”

Continuing their defense of NAMB’s unilateral approach to non-South state conventions, the three trustee officers implied concern about state use of the money in question, thus requiring a new agreement.

“We take seriously the task of being good stewards of the funds given to NAMB by SBC churches through the Cooperative Program and the Annie Armstrong Easter Offering.”

A LOOK AT THE NUMBERS

NAMB has been under increasing scrutiny since Ezell took control in 2010.

It has enjoyed three record Annie Armstrong Easter Offerings in a row, with the last amounting to $62 million. Additionally, because Great Commission Resurgence recommendations were approved that included the dismantling of previous agreements with state conventions, NAMB controls $50 million more each year in church planting funds – the amount previously spent through state conventions. Specifically, NAMB’s church planting budget has surged from $23 million to $75 million per year in less than 10 years.

But, NAMB’s record with regard to church planting, which is Ezell’s preferred method for evangelism, has not followed the dramatic increase in finances.

According to data extracted from SBC Annuals, in the 10 years prior to Ezell’s arrival at the SBC entity, NAMB reported an average of 1,550 church plants per year. However this annual number has dropped dramatically during Ezell’s 10-year administration, with only 552 new churches started in 2019, the lowest number on record — and not all of these were funded by NAMB.

Ezell has said publicly that the comparison is unfair because, he alleges, reporting about church plants was not accurate before he instituted new controls. He also has made public presentations in which he repeatedly said that he warned Southern Baptists “when quality went up” because of his new system “quantity would go down.”

Despite the budgetary windfall, under his leadership this Southern Baptist domestic mission agency has experienced the four worst years of church planting numbers in half a century – in the last four years.

However, they did not back down from the accusations made in their original letter.

Moreover, the state leaders questioned “whether all Cooperative Program funds are being spent in a manner consistent with the charter of the North American Mission Board and its ministry assignment given by the Convention.”

Similarly, the men asserted that the new NAMB document embodied “a fundamental misunderstanding over the very nature and roles of state conventions and NAMB,” adding a warning that NAMB’s actions threatened the current and future health of the Cooperative Program, Southern Baptists’ primary channel for funding cooperative missions and ministries.

The six state leaders have asked the SBC Executive Committee to mediate the situation with NAMB.

In their Aug. 24 response to NAMB, which also was addressed to the SBC Executive Committee, they asked the “Executive Committee to fulfill its Bylaw 18E responsibility and to act expeditiously to help reach a resolution over these concerns, especially before the October 1st (sic) deadline for signing these new ‘Cooperative Agreements.’”

By Don F. Mabry ALEXANDRIA, La. (LBM)-- The number of churches in our country constantly is changing and it is very difficult to acquire information from the various denominations, but estimates indicate that there are 330,000 Christian churches and congregations in the United States today. But the question … END_OF_DOCUMENT_TOKEN_TO_BE_REPLACED