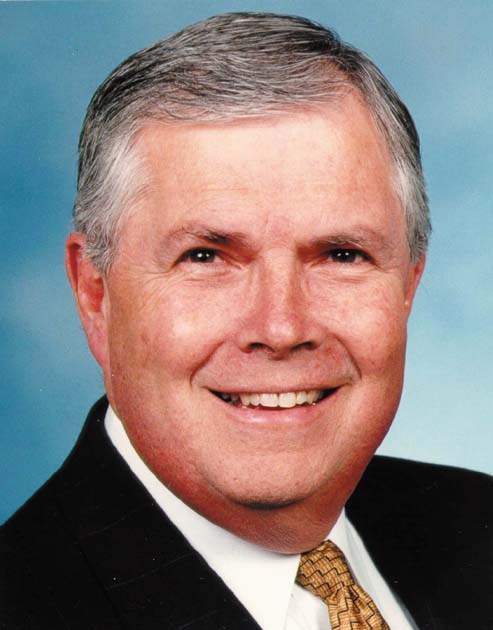 I think most of us can agree that the recent presidential election was characterized by vitriolic barbs, hurtful accusations, flawed candidates, faulty predictions and for many a surprising result.

What is even more surprising is that Republican presidential candidate, Donald John Trump, got 81 percent of the white evangelical vote.

The Washington Post reported, “Exit polls show white evangelical voters voted in high numbers for Donald Trump, 81-16 percent. That’s the most that have voted for a Republican presidential candidate since 2004, when they overwhelmingly chose President George W. Bush by a margin of 78-21 percent. Their support for Trump will likely be seen as part of the reason the GOP candidate performed unexpectedly well in Tuesday’s election.”

Farai Chideya, writing for The Post, added, “In Georgia, for example, preliminary exit polls show that Trump won 88 percent of white evangelical voters, compared with 6 percent for Clinton. The demographic makes up a third of the state’s voters.”

It is difficult to say why Trump found such support from white evangelicals, because many had questioned his values.

In the end, however, there were four issues that likely won over the evangelicals. First, Trump promised to nominate “originalists” to the Supreme Court (An originalist judge doesn’t view the Constitution as a “living document,” subject to whatever interpretation fits the current political agenda. He or she is bound by the Constitution as it is written).

Second, a poll by WPA Opinion Research commissioned by the Family Research Council revealed that the Republican Party platform’s strong position of religious liberty impacted their vote. In a 2015 interview with the Christian Broadcasting Network Trump told David Brody, “Christians are being treated horribly because we have nobody to represent the Christians. Believe me, if I run and win, I will be the greatest representative of Christians they’ve had in a long time.”

Third, Trump wrote in a news column earlier this year, “Let me be clear – I am pro-life. I support that position with exceptions allowed for rape, incest or the life of the mother being at risk. I did not always hold this position, but I had significant personal experience that brought the precious gift of life into perspective for me.”

Additionally, Trump has stated his commitment to signing the Pain-Capable Unborn Child Protection Act, which will protect unborn children who can feel pain, essentially ending late-term abortions. He has also indicated a willingness to defund Planned Parenthood.

Fourth, In October 2015 Trump promised to cut the Department of Education and put an end to Common Core standards. Donna Hearne in her book, The Long War – And Everything You Need to Know to Win the War (over Common Core) says that the goal of Common Core is a “thought-control education system that is designed not to produce independent, creative innovative thinkers, but to turn out complacent, obedient wards of the state that will be funneled into jobs without protest.”

Fifth, Trump has voiced his commitment to law and order, to shoring up our homeland security and building a strong military, because of his belief that a strong military is a necessary ingredient to establish peace in the world.

Surely, there are other reasons that prompted evangelicals to vote for Trump, but his choice of Mike Pence (who professed boldly that he is a Christian, a conservative and a Republican in that order) as his running mate made his candidacy even more attractive to most evangelicals.

However, Russell Moore, president of the SBC Ethics and Religious Liberty Commission, didn’t find any just reason for voting for Trump. In an interview with New York Times Magazine Moore was asked, “Between Hillary Clinton and Donald Trump, which one do you think you might find more common cause with if he or she were elected?

Moore responded, “I don’t know. I think that would vary from issue to issue. It’s been a fairly contentless election or at least a shifting kaleidoscope of content, and so I have no way to predict.”

In Christianity Today Moore wrote a commentary titled, “Should Christians Vote for the Lesser of Two Evils?” In the commentary Moore indicated that there have been times when he wrote in the name of someone not on the ballot and at other times he had voted for a minor party candidate.

Then Moore stated, “”When Christians face two clearly immoral options, we cannot rationalize a vote for immorality or injustice just because we deem the alternative to be worse.”

However, there have been times when Moore praised the selection of individuals whose values were foreign to that of most Southern Baptists. In 2014 the U. S. Senate confirmed David Saperstein as ambassador-at-large for international religious freedom.

Saperstein is well known for his liberal stances on domestic issues like abortion and gay rights. And yet, Moore urged Majority Leader Harry Reid to schedule a vote on Saperstein, saying, “The whole world is on fire on the issues of religious liberty and religious conflict” and indicated that a confirmation on Saperstein “should be more important than politics.”

It is altogether possible that by suggesting that we should not have voted for Donald Trump or Hillary Clinton, Russell Moore is altogether right in his leadership and, like many pastors with few followers, is trying to champion a cause as a lone voice of reason and righteousness.

Moore vows that we should not vote between the lesser of two evils, but when it comes to politics do we not often have to do that. I did it in 2008 and on many other occasions.

On the other hand, Dr. Moore may have been instrumental in motivating 43 percent of America’s registered voters to stay home and not vote for anyone. Or he may have increased the number of votes for write-in candidates, which at last count was approaching 800,000. It is altogether possible that he could have boosted the number of votes received by Libertarian Candidate, Gary Johnson, Green Party Candidate Jill Stein and Independent Candidate, Evan McMullin.

However, I fear that Dr. Moore, while apparently holding firm to his convictions, did not have a significant influence upon the vast majority of his fellow Southern Baptists; and leaders must win the confidence of those whom they are entrusted to lead if they are to be effective.

I am also concerned that since the ERLC president spoke so disparagingly of the U. S. President-Elect that he will have little influence in regards to public policy in the upcoming administration. That, in itself, is unfortunate, perhaps even tragic.

Dr. Gerald Harris is editor of the Christian Index, the news service of the Georgia Baptist Convention.

By Steve Horn ALEXANDRIA, La. (LBC) - This year has brought about more challenges and cancellations than any of us care to recount. For those meetings and events that were scheduled, more times than not, they happened virtually rather than in person. This has been true for us as Louisiana … END_OF_DOCUMENT_TOKEN_TO_BE_REPLACED