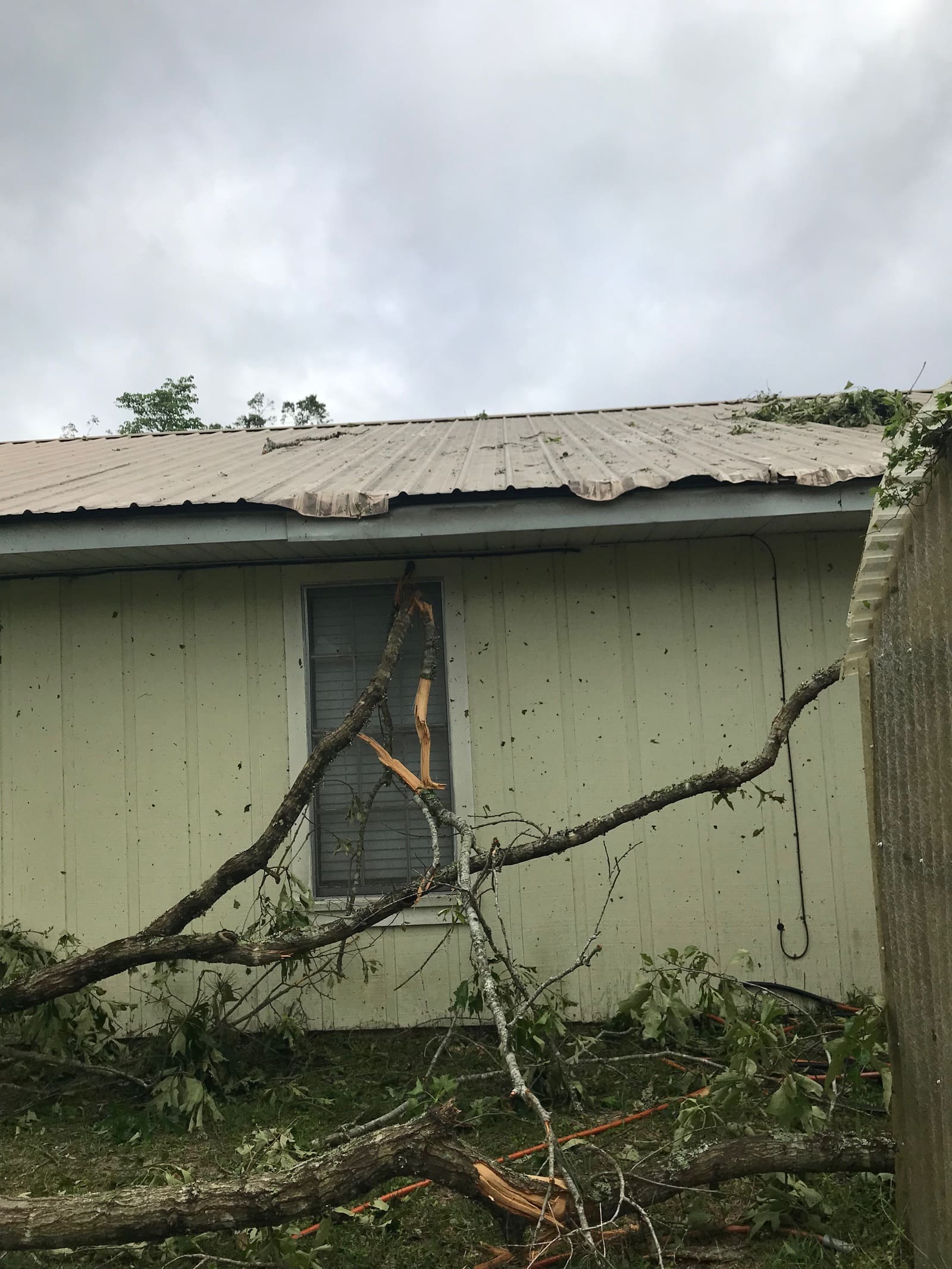 Part of a giant tree came to rest just a foot away from the parsonage at San Patricio Baptist Church in Converse. Dawn Asbell photo

Asbell’s husband, Danny, serves as pastor of the church but was out of town at the time of the incident, leaving her and son, Noah, alone. They were in the hallway shortly after midnight when they suddenly felt the house shaking.

Immediately, Noah began to pray, and moments later a pine and oak tree slammed onto the ground one foot from the home.

“God was definitely with us last night,” Dawn said. “I normally don’t get scared, but last night felt different. Noah was a rock; he was more calm than me. He said ‘Mama let’s pray.’ So we did.”

Asbell, who is still shaken by her brush with death, is grateful to be alive and thankful the church escaped major damage. The damage to the church was limited to a broken window.

“When things like this happen, you remember what is important,” Dawn said. “Don’t sweat the small stuff.”

Converse is in Sabine Parish and 50 miles northeast of San Augustine, Texas, where an EF2 tornado touched down Thursday. The National Weather Service also reported tornadoes in Ruston and Mooringsport.

By Lane Corley Olive trees produce one of the most desired and sought after fruits around the world. The trees can live for thousands of years. The olive and the olive tree is spoke of in the Bible on numerous occasions. Including a few references to family life, like in Psalms 128:3 – “Your children will be … END_OF_DOCUMENT_TOKEN_TO_BE_REPLACED