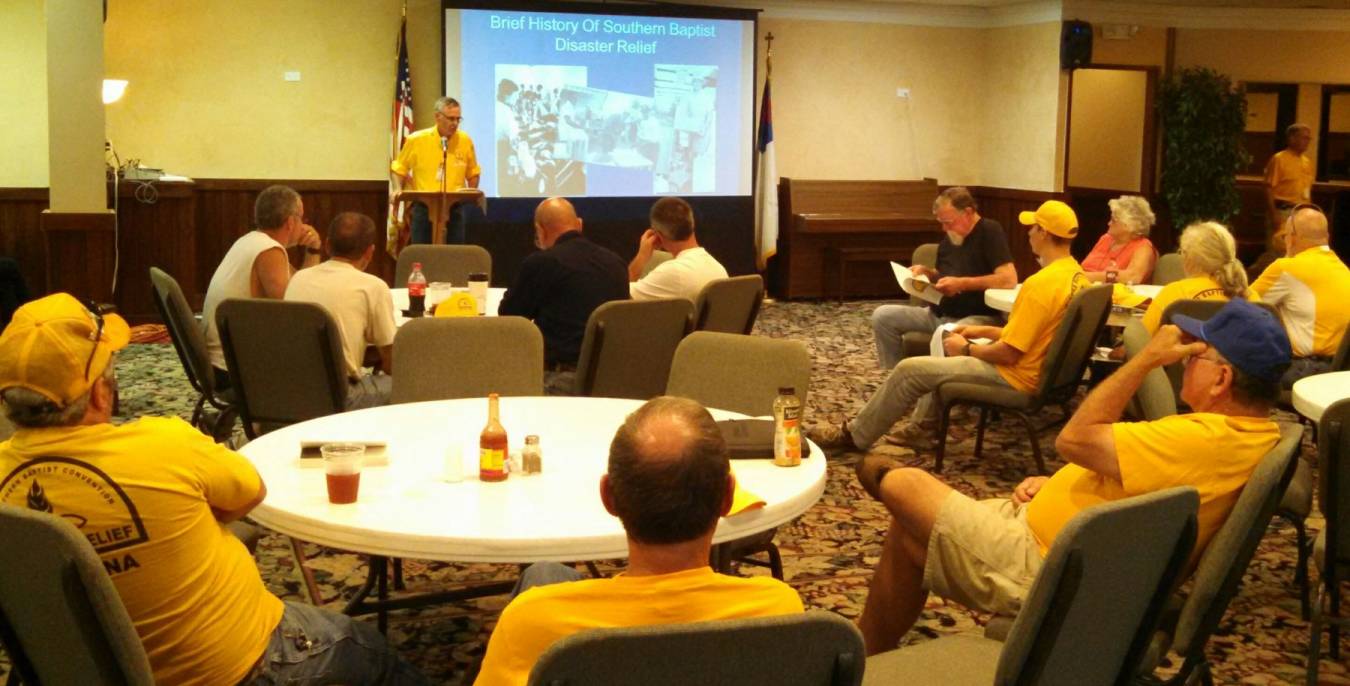 Twenty-two people attended a training session at Summer Grove Baptist Church in Shreveport while nine were present at Alford Heights Baptist Church in Many. They join other disaster relief volunteers who are serving in areas impacted by the recent flooding of the Red River.

Ricky Woodard is among those who already have benefited from the ministry of disaster relief volunteers.

Woodard, whose Shreveport property is less than 100 yards from the Red River, estimates work done by the mudout team from Zoar Baptist Church saved him nearly a month’s worth of clean-up.

“They’re like a bunch of ants coming together and getting things done almost instantly,” Woodard said, with his two grandchildren standing nearby. “I’m so appreciative.”

The team worked all day, removing mud and debris inside homes in the neighborhood heavily damaged by the river’s recent floodwaters.

Loren Warren, a member of the team from Zoar Baptist Church, said that despite the temperatures that reached the upper 90s, the humidity was a small inconvenience compared to the blessings the team received.

“It feels wonderful to be the hands and feet of Christ and help those in need,” Warren said. “I pray that when we are working that the people see Jesus.”

Teams arrived earlier in the week to begin work on homes throughout the Shreveport/Bossier area. The teams, which arrived June 16, that are on site are the incident command, chaplains, assessors, feeding, laundry, childcare, medical professionals and the in the trenches mud-out recovery teams.

A childcare team arrived on June 20 to give comfort and games to kids of those families seeking help from volunteer agencies of VOAD (Voluntary Organizations Active in Disaster) as well as a variety of government agencies. Additionally, a Louisiana Baptist Disaster Relief medical team that includes a medical professional on call for physician level is assisting in the recovery effort as well. 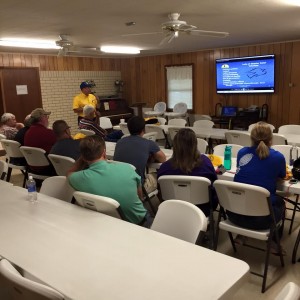 Outside of Louisiana Baptist Disaster Relief, VOAD partners who are helping with the recovery effort are the American Red Cross, the Salvation Army, The Food Bank and several local, state and Federal governmental agencies.

“It takes all these teams to make this effort a successful,” said Larry Cupper, a regional coordinator with Louisiana Baptists Disaster Relief. “This operation includes many Southern Baptist Disaster Relief volunteers from the local area as well as all across our state.”

Elsewhere, a disaster relief chain saw unit from First Baptist Church Blanchard cleared a tree that fell on the home of a 90-year-old Sarah Stokes after a small tornado knocked down trees and power lines on Laura Street in Mansfield. The unit completed five jobs, which were caused by a band of storms that resulted in two tornadoes in Desoto Parish.

By Tim Patrick DERIDDER, La. – Many of you know we lost our oldest son in October. David was an IMB (Southern Baptist) missionary. His death gives me an inside view that many of you do not possess. This year, that view carries greater weight than ever. I share this view with you so that (hopefully) you will … END_OF_DOCUMENT_TOKEN_TO_BE_REPLACED