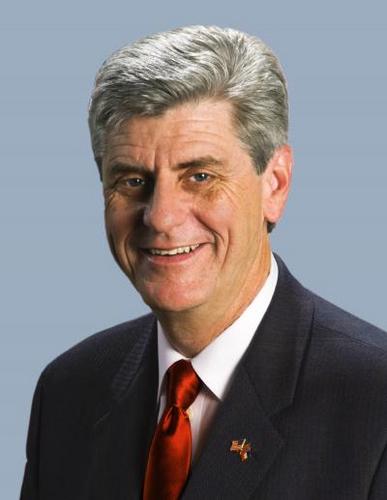 JACKSON, Miss. – Mississippi Gov. Phil Bryant has signed into law a bill that provides protection for individuals, organizations and businesses who deny services based on their belief that marriage is between a man and a woman.

“I have signed HB 1523 into law to protect sincerely held religious beliefs and moral convictions of individuals, organizations and private associations from discriminatory action by state government or its political subdivisions, which would include counties, cities and institutions of higher learning,” Bryant posted on his Facebook page after signing the bill today. “This bill merely reinforces the rights which currently exist to the exercise of religious freedom as stated in the First Amendment to the U.S. Constitution.

“This bill does not limit any constitutionally protected rights or actions of any citizen of this state under federal or state laws,” he continued. “It does not attempt to challenge federal laws, even those which are in conflict with the Mississippi Constitution, as the Legislature recognizes the prominence of federal law in such limited circumstances. The legislation is designed in the most targeted manner possible to prevent government interference in the lives of the people from which all power to the state is derived.”

In late March, the bill, called “Protecting Freedom of Conscience from Government Discrimination Act,” passed the state Senate Judiciary A Committee after the House approved the measure by a vote of 80-39.

Among those voicing support for today’s news is the Alliance Defending Freedom.

“Mississippians from all walks of life believe that the government shouldn’t punish someone because of their views on marriage,” said Alliance Defending Freedom Legal Counsel Kellie Fiedorek in a press release. “The people of Mississippi, from every demographic, support this commonsense ‘live and let live’ bill, which simply affirms the freedom of all people to peacefully live and work according to their deeply held beliefs without threat of punishment from their own government. We commend the governor for signing into law protections for schools, churches, businesses, and public employees so that they won’t face government discrimination. After all, you’re not free if your beliefs are confined to your mind. What makes America unique is our freedom to peacefully live out those beliefs, and the Constitution protects that freedom.”

While the bill has garnered support from groups who support traditional marriage, the legislation has resulted in opposition by a number of employers and organizations in Mississippi. Among those is the 2,100-member Mississippi Manufacturers Association.

“The Mississippi Manufacturers Association has grave concerns regarding House Bill 1523, and its potential impact on business and industry in our state,” a press release from the association said. “Many of our member companies, including some of Mississippi’s largest employers such as Nissan, Toyota, and Ingalls Shipbuilding, have issued statements in opposition to this legislation. HB 1523 is in direct opposition to many of our member industry’s policies and beliefs regarding diversity and inclusivity.”

By David Jeremiah EL CAJON, Calif. (BP) - Something strange happens to the psyche of a nation in difficult times. The downtrodden begin to resent government and wealthy corporations and individuals, seeing them as out of touch with, if not the cause of, their plight. Desperation can lead to a reversal of … END_OF_DOCUMENT_TOKEN_TO_BE_REPLACED