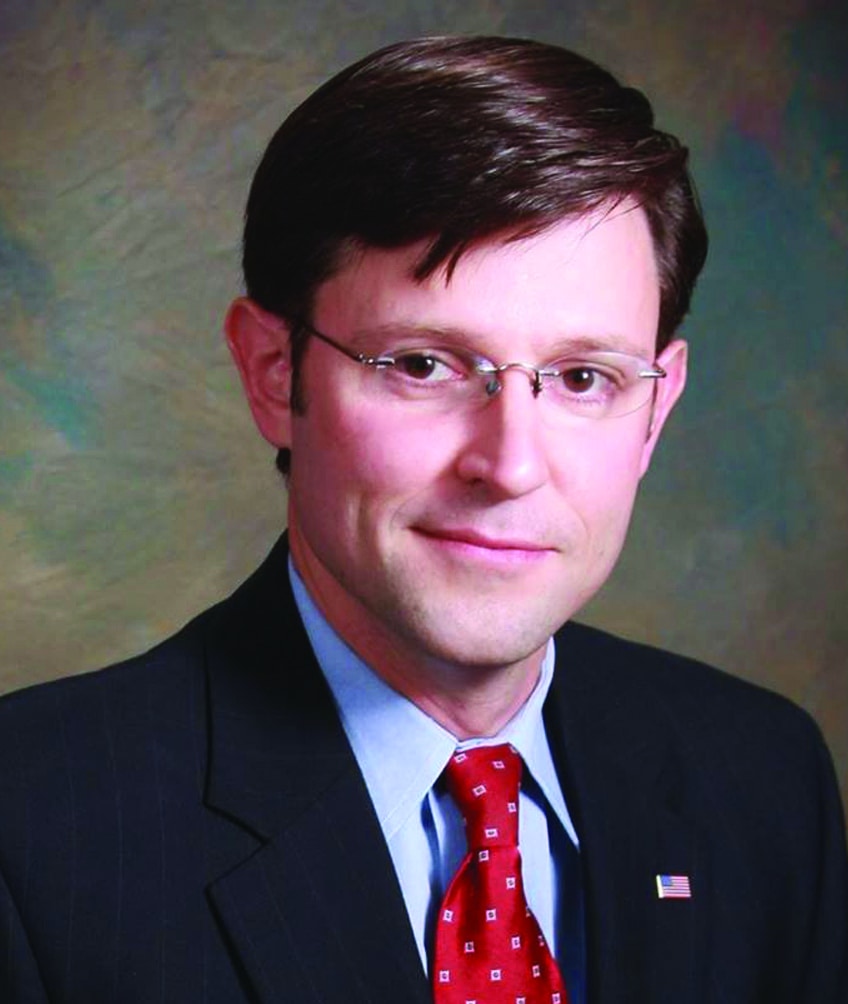 Johnson, a member of the First Baptist Church in Bossier City, will assume his post while beginning only his second term as a congressman.

With 150 members, the RSC is largest caucus of conservatives in the Congress, constituting more than a third of the 435 U.S. representatives.

Former RSC chairmen include Vice President Mike Pence, who served in the position when he was a congressman from Indiana, and U.S. Rep. Steve Scalise, of Jefferson Parish, Louisiana, who has since been elected Republican whip, the number two GOP leadership spot in the House.

After his election, Johnson released a statement, vowing to “continue to fight” for core values while helping to shape “the future of the conservative movement.”

“As we become the minority party in the next term, we have a vital responsibility to present practical ideas and effective policy initiatives,” Johnson said, “and to unify as a conference to vigorously defend and advance our core conservative principles.

Archaeologists excavating the Bronze Age city of Tall el-Hammam reported in November at the annual meeting of the American Schools of Oriental Research, their discovery of evidence of a “cosmic airburst event that obliterated civilization,” wiping out Middle Bronze Age cities and towns of the plains in Middle Ghor, north of the Dead Sea, about 3,700 years ago.

Some researchers identify Tall el-Hammam as the former Sodom.

Genesis 19 describes how God “rained brimstone and fire on Sodom and Gomorrah” destroying “all the plain … and what grew on the ground.”

Meanwhile, the scientific team, which includes experts from the Comet Research Group, an international society of comet impact scientists, and the Los Alamos National Laboratory, one of the largest science and technology institutions in the world, said evidence points to an instantaneous devastation of an area “approximately 500km2” that left only the “stone foundations” of mud-brick walls, and destroyed the soil with “a super-heated brine of Dead Sea” salts.

The researchers estimated 40,000 to 65,000 people were killed instantly by the catastrophe.

Adam and Eve Or DNA  ‘bottleneck’

Some media outlets announced evidence of the creation account, or at least the great flood, after a study published in Human Evolution found that mitochondrial diversity in almost all species points to a common starting point about as early as 100,000 years ago.

In an effort to prove that mitochondrial DNA, found in organelles in each cell and which is distinct from the DNA in the nucleus of cells, is a reliable tool for identifying distinct lines within species or organisms, researchers Mark Stoeckle and David Thaler discovered that the 7.6 billion humans living on earth likely emerged from “a small population in which a sequence from one mother became the ancestor for all modern human mitochondrial sequences.”

Based on similar low genetic variation that they found among five million specimens of 100,000 animal species, they deduced that more than 90 percent of animal genetic lines emerged at the same time; and, they related the genetic bottlenecks in both humans and animals to “near-extinction events.”

Although they used specific language to suggest that a worldwide catastrophe caused a reboot of sorts for all humans from a single ancestor, in response to the firestorm about their findings, Stoeckle and Thaler have since told at least one media outlet, “Our study follows mainstream views of human evolution. We  do not propose there was a single ‘Adam’ or ‘Eve.’ We do not propose any catastrophic events.”

Others have interpreted their research to claim that the human species has to “revamp” itself in the evolutionary process, and that through some unknown mechanism, it occurs “in unison” with all animals.

Although the scientists reject the notion of an Adam and Eve creation, and presumably a Noah and Naamah reboot of creation, their work does provide some support for a number of points about creation that are made in Scripture.

For instance, their conclusions point to a sudden appearance of modern man and animals, which is consistent with both the creation and flood accounts.

Likewise, they did not find any “in-between” species.

This would appear to frustrate Darwin’s theory of evolution which is founded in part on the premise of “intermediate gradations, whereas species were formerly connected.” On the other hand, this finding is entirely consistent with the language of the Genesis account of creation which uses language such as “after its kind” to describe the process for populating the earth.

By Waylon Bailey Recently, I saw a tweet on Twitter that asked the question, “What would Jesus do in the midst of a worldwide pandemic?” No answer to the question was given, but the author obviously had an agenda and a suggested answer. The good news is that it led me to really ask, “What would Jesus … END_OF_DOCUMENT_TOKEN_TO_BE_REPLACED