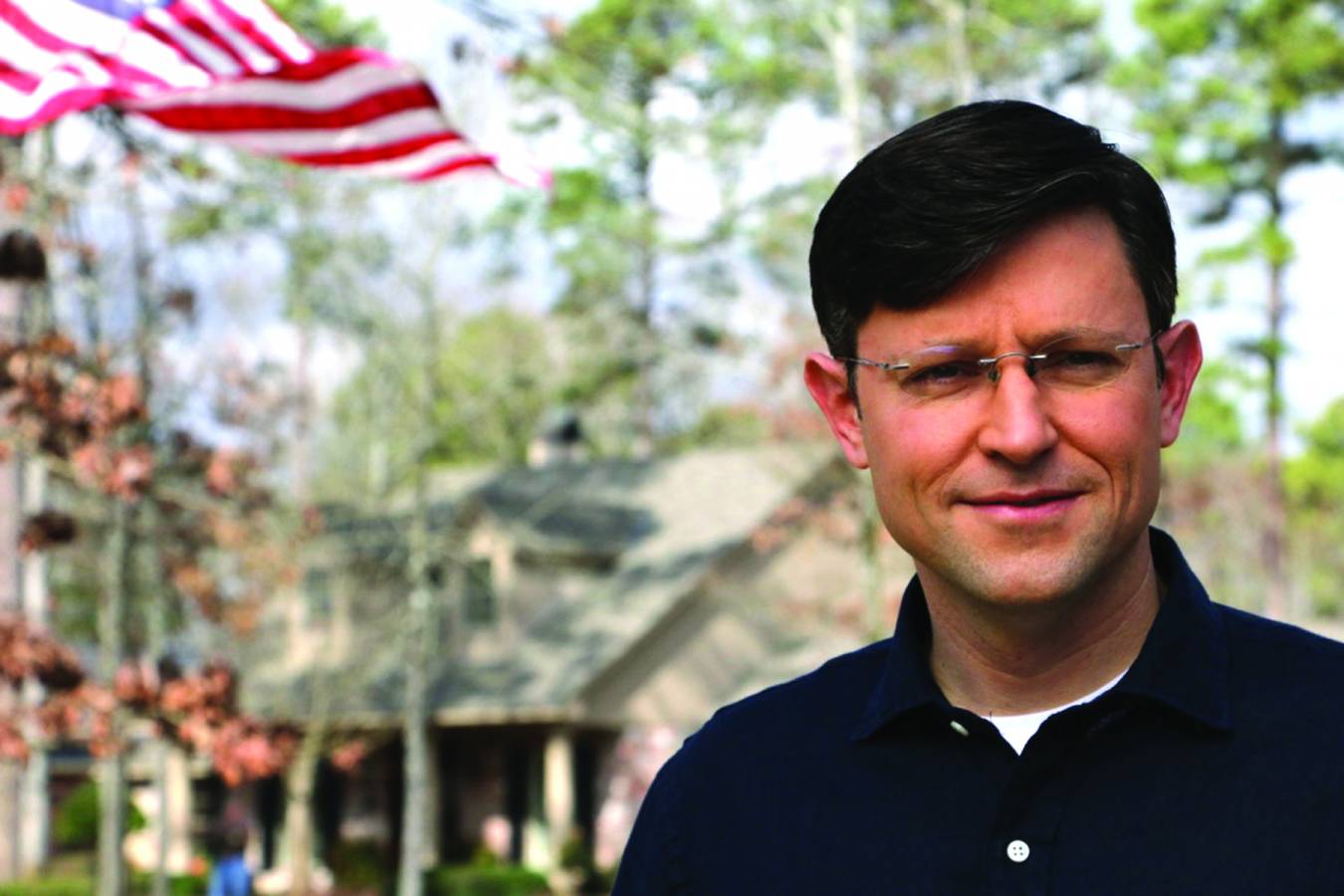 State Rep. Mike Johnson, a Republican from Bossier City, says his faith and his beliefs about family and freedom will influence his representation of Louisianans if he is elected to serve in the U.S. House of Representatives in November.

ALEXANDRIA – “I am a Christian, a husband, a father, a life-long conservative, constitutional law attorney and a small business owner in that order,” Louisiana Rep. Mike Johnson told the Louisiana Baptist Message, “and I think that order is important.”

It reflects how his faith and his beliefs about family and freedom will influence his representation of Louisianans, if blessed to serve them in the U.S. House of Representatives, he said.

Johnson is a candidate for the open seat of the 4th U.S. Congressional District, and he has 20 years of bona fides in protecting and advocating key issues of faith, family and freedom – experience he can apply in Washington, D.C., if elected to this position, he said.

“Some people are called to pastoral ministry and others to music ministry, etc. I was called to legal ministry and I’ve been out on the front lines of the ‘culture war’ defending religious freedom, the sanctity of human life, and biblical values, including the defense of traditional marriage, and other ideals like these when they’ve been under assault.

“As part of that work, I’ve been in and around the Louisiana legislature and other state legislatures, and the Congress, for many years,” he said. “I’ve drafted legislation and defended it in courts. I’ve been there to speak with legislators and to testify.”

A look at Johnson’s courtroom experiences shows a depth of background many would envy.

He has successfully litigated legal actions from California to New York in federal courts at the trial and appellate levels, including major landmark cases about rights of religious expression on school campuses and in the public square.

One of the most highly visible victories he achieved was winning a unanimous vote from the Louisiana Supreme Court in 2004 while defending the Louisiana Marriage Amendment, passed by 78 percent of voters to protect marriage as the union of a man and a woman. He successfully defended the same measure a decade later at the federal level, before the U.S. Supreme Court overturned all voter-approved state marriage laws with its ruling in Obergefell v. Hodges that purports to redefine marriage.

In the Louisiana legislature, he has been a pro-life champion, successfully shepherding important right-to-life bills through the process to become laws.

He also has fought to defend the state’s citizens from additional tax burdens during this downturn in the economy.

Likewise, he has been a banner carrier for military service members, police and firefighters, and lists proposed Amendment 4 on the November 8 ballot as one of his favorite bills this year. This measure would provide a property tax exemption on the family home for the spouse of any of these public servants who lost their lives in the line of duty.

“It is an important issue for the state to take the lead on,” Johnson said.

Johnson describes himself as a “full-spectrum conservative” and is proposing a slate of initiatives he will tackle in Congress, including illegal immigration, national defense and infrastructure improvements.

“Everyone recognizes national security is a big issue, getting control of our border again – for our economy and public safety,” Johnson offered. “But the economy is the one big issue impacting everyone.”

In that regard, Johnson sees accountability for lawmakers on issues such as Obamacare as one way to rein in overspending and overtaxing.

“One of the first bills I intend to file would require every member of Congress and their families to receive their healthcare only at VA hospitals,” he said. “The debate would highlight an important point that our veterans are not treated with the respect and dignity they deserve, and are not receiving the proper benefits they’ve earned. Yet, members of Congress live relatively like kings. It’s upside down and needs to change.

“I also would like to pursue legislation to require a record vote before Congress receives a pay raise. Currently, an annual raise is added automatically,” he explained. “I think members should be required to vote publicly on the matter, so people back home would know.”

Johnson said he also would like to lead the effort to overturn the 1950s-era Johnson Amendment and restore freedom in America’s pulpits to speak openly about political matters.

Additionally, he hopes to make unelected bureaucrats accountable, with the goal of controlling regulations that stifle economic growth.

Importantly, he sees his priorities in terms of his commitment to the guiding principles of faith, family and freedom.

“My faith is very real to me,” Johnson said, “and God is ever present in my life. I’m a committed Christian and my faith informs everything I do.

“My values follow the model of our Founding Fathers, I believe, and I think this is important” he said in closing. “We were established as one nation under God. We are perilously close to forgetting that principle now – and we desperately need to return to this fundamental understanding.”

Johnson and his wife Kelly have been married for 17 years and they have four children – two sons and two daughters. They are members of First Baptist Church in  Bossier City.

By Mark Devine As the dust settles from the annual meetings of two major evangelical denominations, the contrast between them could hardly be more stark. Courage won the day among those gathered for the PCA. Fears of elitists won out among the messengers to the SBC. ... READ MORE … END_OF_DOCUMENT_TOKEN_TO_BE_REPLACED