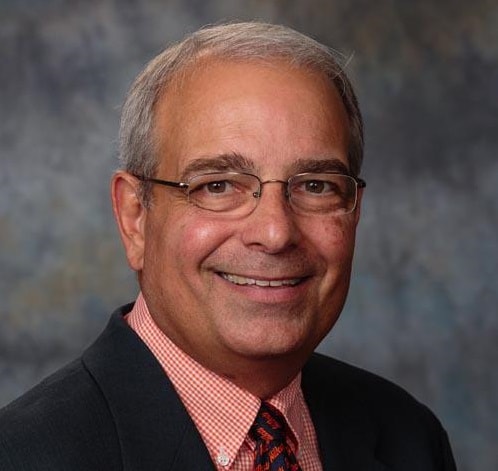 An a 1979 LC alumnus, Byron McGee has spent the last 35 years working in a variety of roles at Louisiana College -- the admissions office for more than three decades, alumni relations, and concluded his tenure with three years as Vice President for Institutional Advancement. He will officially retire on December 31.

PINEVILLE — In the minds of many people — many hundreds of people — Byron McGee is a name synonymous with Louisiana College perhaps because he invested 35 years of his life on the Hill in Pineville.

More than that, McGee — a 1979 LC alumnus — worked in Louisiana College’s admissions office for more than three decades, also worked in alumni relations, and concluded his tenure with three years as Vice President for Institutional Advancement.

“In one sense it seems like 35 years have passed, and in another it seems just like yesterday,” said McGee, whose last official day is Dec. 31. “I’ve made some great friends and worked with great colleagues. The people working here now are doing a great job under Dr. Brewer’s leadership.”

“The relationships I have made over the years mean the most to me. I met my wife Cay here. All my children went to school here. It’s been a great time. Louisiana College has been my life, and I will cherish the memories very much,” he said.

“Byron went from recruiting thousands of students to hundreds of donors,” said Rick Brewer, Louisiana College president. “He’s done a great job. He’s one of the most easy-going people I’ve ever worked with. The past three years of my service at Louisiana College have been effective, emboldened, and supported because of Byron McGee. We have some big shoes to fill. We’re going to miss him.”

Brewer said his “hat is off” to McGee for having worked one job for 35 years. “But I think he’s too young to retire.”

McGee ably assisted Brewer when he launched Louisiana College’s Board of Visitors in September 2015.

“Our Board of Visitors grew from zero to almost 190 people in large part because of Byron’s people skills and the almost countess relationships he has established over the years,” Brewer said.

Brewer told attendees at the annual Board of Visitors dinner November 15 that he “wanted to honor Byron’s commitment and faithful service” to Louisiana College by naming the offices where admissions counselors, recruiters, and financial aid employees work the “Byron L. McGee Admissions Suite.”

Amid a standing ovation, McGee approached the podium and began to respond when his 18-month-old granddaughter Livy wanted her granddaddy to hold her. “C’mon, you can come up here and be with me,” he beckoned.

McGee said Louisiana College “has done so much for me and my family. I consider it a true privilege to have the opportunity to work here over these years.”

After thanking BOV members for their support, McGee said, “There cannot be enough help for our students. They need it. They deserve it.”

Louisiana College baseball coach Mike Byrnes offered appreciative comments about McGee at a November 29 dinner held in his honor, saying particularly McGee had “from time-to-time lead our team in pre-game devotionals and did a great job.”

Byrnes presented McGee with a baseball jersey bearing the number 11, which was the jersey number of McGee’s son Walt, who played baseball for LC.

Business major Tracy Gunter is a 1990 Louisiana College alumnus, who told LCNews, “Byron McGee is probably the most steady and constant presence in the LC environment that I can think of. He was the first person I ever met from Louisiana College.”

“Byron was also the first person from LC that my wife Susan (1990) ever met, too. Byron was a good friend and confidant. He was with us every step of the way.”

With a “unique ability to genuinely connect with students, Byron wore his professional hat very well,” Gunter said. “Louisiana College was blessed with Byron because there are thousands of others who have been impacted by him and have the same story that I do. My campus visits won’t feel the same knowing that Byron is not around.”

“I couldn’t be happier for the direction of the college. The school is going in a good way,” he said. “We overcame some hurdles and I’m tickled to death to have been a part of that.”

McGee said he will enjoy seeing where Louisiana College “goes from here because it’s vital that Louisiana College continue. Now more than ever, I’m convinced that we need Christian higher education at this time in our culture.”

Louisiana College needs “people who will continue to support it, and I just know the good Lord is going to continue to bless this school for years to come,” he said.

“I truly, truly appreciate everything this school has done for me. This school has been my home. I went to school here for four-and-a-half years, left for three years, and came back for 35,” McGee said. “Louisiana College is a special place.”

By Steve Horn ALEXANDRIA, La. - At the risk of sounding like the cartoon character, The Born Loser, I confess to you that I’ve had my share of losing. In four seasons as a high school football player for example, we won 6 of 40 games and 2 of those 6 were taken away for using an ineligible player. I’m not … END_OF_DOCUMENT_TOKEN_TO_BE_REPLACED