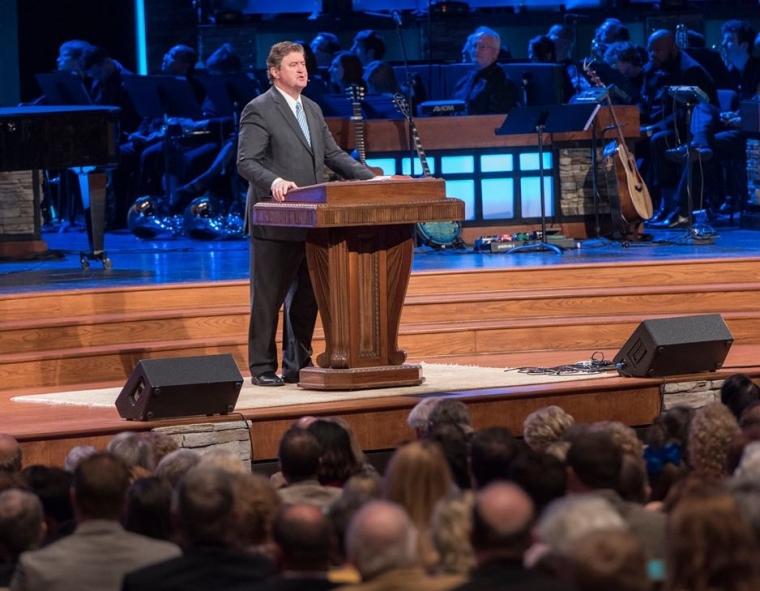 According to police, church security officers saw the man in the church and contacted police during the Easter Sunday Service. He was armed with a semi-automatic rifle, 40-caliber Beretta handgun and was carrying a backpack, the contents of which were not reported.

Officers arrived at the church and took the man into custody without incident. A local television station reported the man, Marcus Donald, 31, was “arrested for emergency commitment.”

Donald reportedly told police “people in society are a threat to him and that he must be vigilant.”

Emergency commitment is the “only time a mentally ill person can be taken into custody solely for being mentally ill,” a spokesman for the University of Memphis Crisis Intervention Team told another local news station.

After the morning services, Jim Barnwell, a Bellevue spokesman, said in a statement no one was injured in the incident:

According to the Memphis Commercial Appeal, none of the churchgoers appeared to have known the incident took place. The paper also said Donald was arrested once before in 2007 on a charge of disorderly conduct.

The incident highlights the importance of churches adopting security policies to – if possible – prevent shootings like those that occurred in Charleston, S.C., in 2015 and in Fort Worth, Texas, in September 1999.

Bellevue Baptist Church is pastored by Steve Gaines, who has been nominated for president of the Southern Baptist Convention. The Convention meets in St. Louis in June.