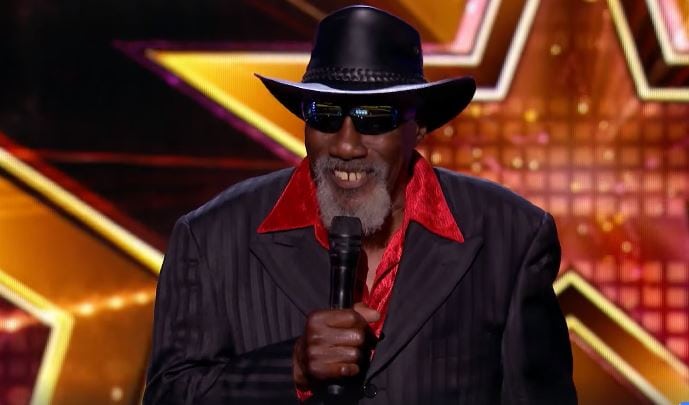 Robert Finley advanced through two rounds of the America's Got Talent television competition to the quarter-final round in mid-August 2019. Screenshot

“Hold onto God’s unchanging hand,” Finley said in between songs. “Keep your faith. Good things come to those who wait, if you wait upon the Lord.”

Finley, who is a bluesman from Bernice, Louisiana, first caught the attention of the nation July 9 when he received a standing ovation for his song “Get It While You Can” in his audition on America’s Got Talent, a television show that features acts who advance through several rounds with hopes of winning a million dollar prize and a guaranteed show in Las Vegas, Nevada. Finley advanced through another preliminary round July 23 to the live performance quarter-final round later this month in Hollywood, California. The air date has not been announced.

According to a biography on his website, Finley joined the armed forces as a teenager and, after working as a helicopter technician, used his musical talents to lead an Army band that toured Europe. After he completed his military service, Finley returned to the United States to work as a carpenter.

Four years ago, Finley was forced to retire from carpentry work because he was slowly losing his eyesight. At that point, Finley became more in tune with his music and released two albums.

Finley said God has blessed him with a voice and encouraged others to use their abilities to bring Him glory.

“Let your life be your message,” said Finley, a member of New Hopewell Baptist Church in Bernice. “Let the life you live be your testimony.”

Zion Hill Pastor Joshua Joy Dara, also dean of the School of Human Behavior at Louisiana College, a ministry of the Louisiana Baptist Convention, and the adopted son of Southern Baptist missionaries, told the Baptist Message he was impressed by how God has used Finley to bless many viewers of America’s Got Talent.

“It was truly an honor to have him at Zion Hill,” Dara said. “He is very down to earth and quite inspirational. I was moved by his testimony of how God brought a man from the hood to Hollywood. His story, his music combined with his humility, inspired so many people in our congregation.”

By John Hebert, Louisiana Baptist missions and ministry team leader ALEXANDRIA, LA. (LBM)--Do you know what Winston Churchill, Bill Gates, Walt Disney, and Colonel Sanders have in common? It has nothing to do with their fame or notoriety, I would suggest. Instead, it is the trait that I contend was the cause of … END_OF_DOCUMENT_TOKEN_TO_BE_REPLACED