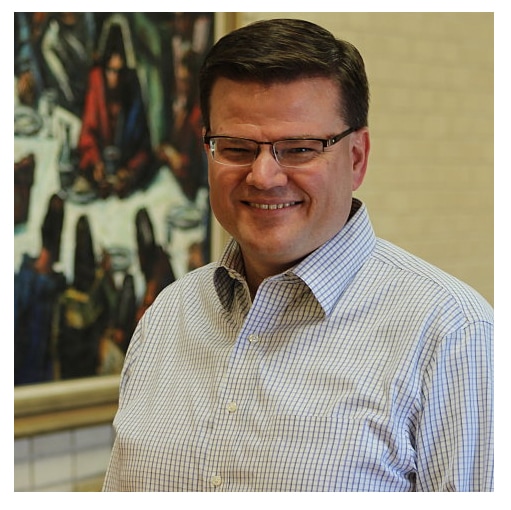 “The Lord spoke to my heart that these men will one day leave prison, and that Louisiana College could provide for them some hope in the form of education,” said Louisiana College President Rick Brewer. “Education is proven to reduce recidivism of former inmates.”

Adjunct professor from Louisiana College Stewart Holloway – who also is pastor of the First Baptist Church, Pineville – taught the class that could lead to a certification or undergraduate degree.

Holloway shared the experience in a recent Sunday sermon.

“Why do I spend time every Monday and Friday at a federal prison teaching Old Testament?” Holloway asked his congregation in a Sunday sermon.

“The answer is right here,” he said, holding up a note from one of his imprisoned students.

Stewart had asked students what was their “greatest take-away from this class?” Then he read the note, which said: “I have seen what has been missing in my life. I have learned that there is a God. It has made me look at my life with a new outlook on it. I feel different in my heart.”

Brewer said, “This is why we are engaged in prison ministry — to see hearts changed by the gospel. And I’m grateful for Dr. Holloway’s assistance to Louisiana College in this venture, as well as his willingness to invest his time in the lives of some of the most overlooked and spiritually needy people in our culture.”

Brewer told LCNews that legislation passed overwhelmingly in 2018 called the “First Step Act will expand educational opportunities and faith-based initiatives to those incarcerated in federal prisons.”

Vice President for the Integration of Faith and Learning Philip Caples said, “The Pollock Prison initiative reveals the heartbeat of Louisiana College. LC desires to prepare students at Pollock for reentry into community where they can contribute to society.”

“Thus, a personal relationship with Christ is vital to reentry along with enhancing their social skills through the courses that they are taking,” he said.

Holloway said he “entered this opportunity a little apprehensively. I didn’t know what the guys would be like. Would they give a flip about the class or were they just doing it to try to get some time off of their sentences?”

“I was blown away by what God is doing. These guys soak it up like rain on the desert. They have such excitement about what they are learning, and they work hard.”

“Most of these guys entered this class knowing nothing, but this is their textbook,” he added while lifting his Bible high in the pulpit. These guys read, take notes, and are doing quite well.”

“I’ve seldom seen a hunger like that for God’s word,” Holloway said. “We study the Bible here, from the pulpit to our Sunday School classes to Precepts to other Bible studies. But what would happen if our entire church caught the biblical hunger of a cussing prisoner?”

One inmate came to the class knowing absolutely nothing about the Bible. Maybe because he didn’t own one. So Holloway bought the man a Bible and he read 14 books of the Bible in two months.

Holloway asked congregants how many of them had read 14 books of the Bible in two months. “The fact that a lost, cussing prisoner has done it is rather convicting,” he said.

Brewer expressed gratitude to the officials at the Pollock facility and said he “anticipates ongoing, biblically-based education initiatives in the future.”

By Joe McKeever RIDGELAND, Miss. – “You shall know that the Lord has sent me to do all these things, for this is not my doing” (Numbers 16:28). “Lord, God of Abraham, Isaac, and Israel, let it be known this day that You are God in Israel and I am Your servant, and I have done all these things at Your word” … END_OF_DOCUMENT_TOKEN_TO_BE_REPLACED