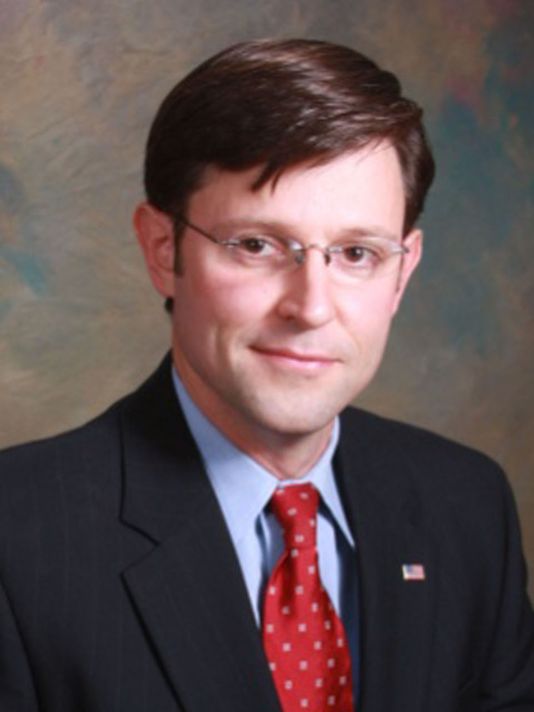 ALEXANDRIA – Louisiana State Rep. Mike Johnson has weighed in on the governor’s race, comparing and contrasting U.S. Senator David Vitter with State Rep. John Bel Edwards on the issues, but also bluntly addressing the “very serious sin” Sen. Vitter admitted to in 2007 when his phone number was found in a list of the infamous “D.C. Madam.”

In a post titled “Louisiana for Liberty,” Johnson reminded “Christian friends” that Vitter “had asked for forgiveness, worked towards restoration, and sought reconciliation.”

“He was forgiven by God and his extraordinary wife, they saved their marriage, and they are faithful believers,” Johnson wrote. “They have a truly inspiring Christian testimony.”

Moreover, Johnson assured evangelical voters “that David Vitter is already privately assembling an incredible group of some of the most wise and widely-respected pastors in our state, from multiple Christian denominations, to serve in a spiritual advisory capacity once he is elected.”

He added his endorsement that “A leader who recognizes such a need is precisely the kind of leader we want.”

But, he said, “they have fundamentally different ideas about the role of government in our lives and how our state should be run.”

Moreover, he said Edwards’ policies “would be disastrous for Louisiana, its economy and the traditional values that the people of our state still cherish.” 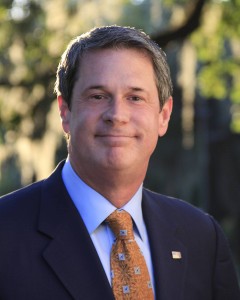 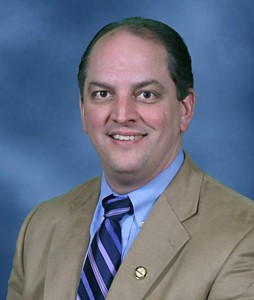 He said that as leader of the Democratic Party in Louisiana, Edwards “proudly” led the campaigns for President Obama in the state, while also noting that at the 2012 national convention in Charlotte, North Carolina, Democrats “openly booed the mention of God and Jerusalem.”

He also raised the specter of Planned Parenthood’s alleged sale of body parts from dismembered unborn children and the Democratic Party’s deep ties to Planned Parenthood as contradicting Edwards’ claims to be “pro-life.”

“For the past six years in a row, Louisiana has been ranked as the number 1 most pro-life state in America,” Johnson wrote. “The only way to maintain that status is to elect an ardently pro-life governor who will push good legislation, appoint pro-life department heads, and battle the abortion industry.

“John Bel Edwards won’t do any of that,” he continued, “because his party platform and its other leaders are vehemently opposed to all of it.”

Contrasting the two candidates further, Johnson said Vitter and his wife, Wendy, “have been true champions for life their entire careers” citing Vitter’s “fighting tooth and nail to stop the construction” of what he described as a Planned Parenthood “abortion supercenter” in New Orleans.

Johnson also noted Edwards helped kill Johnson’s bill last year – described as a safeguard for Christians and others with a deeply held religious belief that marriage should only be between one man and one woman – that would have prevented the government from taking away accreditations of Christian schools or the professional licenses of individuals or the protected status of churches and ministries because of the U.S. Supreme Court’s ruling this year that overturned Louisiana’s voter approved marriage laws.

“One legislator led the dramatic charge to stop my religious liberty bill and get it killed in our Civil Law Committee before it could make it to a full vote on the House floor,” he said. “That legislator’s name is John Bel Edwards.”

“Sometime in the near future, we expect a Louisiana pastor or ministry will be on trial for standing by the biblical definition of marriage,” Johnson added. “When that day comes, we MUST have a governor who will boldly race straight to the front lines with us to defend our ‘first freedom.’”

Johnson is strongly familiar with the issue, having successfully argued a 2005 case before the Louisiana Supreme Court which issued a unanimous decision upholding the voter-approved Louisiana Marriage Amendment, which protected the definition of marriage as between one man and one woman.

He also pointed to Edwards’ support of comprehensive sex education for children as early as the third grade as cause for concern.

But Johnson did not criticize Edwards about just social issues.

He said Edwards was “wrong on virtually every other issue of concern to the people of this state as well,” calling Edwards’ views on education, labor, taxes, energy, the environment, illegal immigration (including “sanctuary cities”) as “far out of step with Louisiana.”

Despite leveling such comprehensive criticism of Edwards’ beliefs and public policy positions, Johnson reiterated that he liked John Bel Edwards “as a person,” calling him a colleague of almost 20 years.

“I have served with him on two legislative committees, and we have publicly stated our mutual respect for one another,” Johnson explained. “However, in spite of our friendship, we are diametrically opposed on many important issues of public policy, and I believe that elevating his philosophies to the Governor’s Mansion would be a huge mistake.

“My opposition to his candidacy is not personal.  I just think a candidate’s voting record matters more than the rhetoric of his campaign,” he added. “I don’t oppose John Bel Edwards the man. I oppose his political plans and ideas.

“If you believe in traditional moral values, religious liberty, and economic freedom, you simply cannot vote to advance Edwards and his party platform.”

The full text of Johnson’s online posting can be read at LouisianaforLiberty.com.

By Lane Corley Olive trees produce one of the most desired and sought after fruits around the world. The trees can live for thousands of years. The olive and the olive tree is spoke of in the Bible on numerous occasions. Including a few references to family life, like in Psalms 128:3 – “Your children will be … END_OF_DOCUMENT_TOKEN_TO_BE_REPLACED