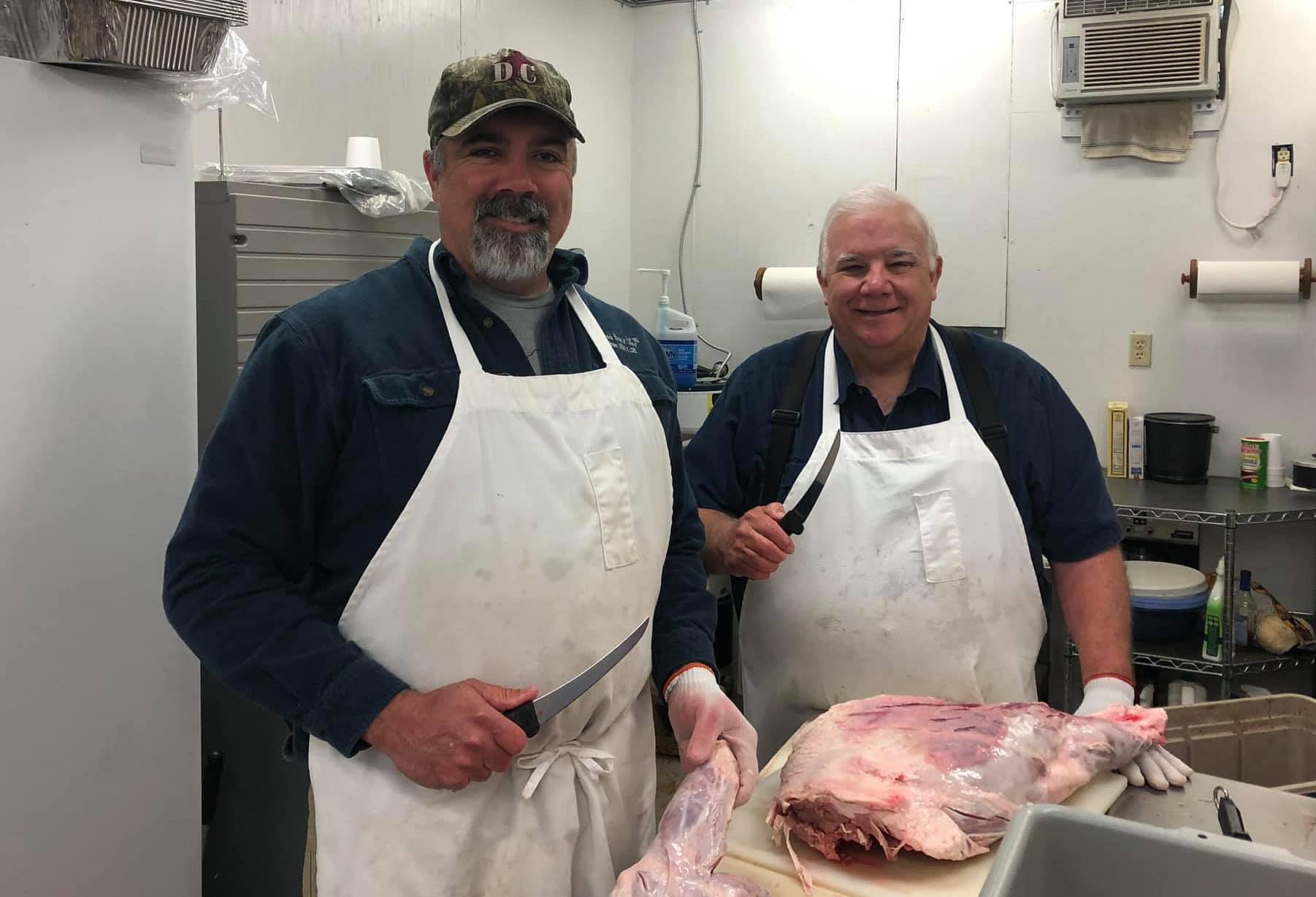 Reggie Burnaman (right) enjoyed preparing many meals at his home in Glenmora with his son, Todd (left), and other family members and friends. Facebook photo

A native of Bridge City, Texas, Burnaman oversaw the operations inside the dining hall since 2006. Before he came to Tall Timbers, Burnaman owned Reggie’s Restaurant in Glenmora, a community he resided in since 1982.

“Reggie has been so special to the Tall Timbers staff,” Tall Timbers Director Josh Bumgardner told the Baptist Message. “The word that has been said the most of him this week is his kindness.

“His solid faith in Jesus and his character have always been an encouragement,” he continued. “He helped others, inside and outside of work. His work in the kitchen and his amazing food have transformed our camp over the last 15 years as he provided meals with that special touch for retreats.”

“Yesterday, daddy finished the race and received the prize,” said Burnaman, director of Dry Creek Camp. “I’m thankful for the Lord’s grace to save him and call him to be His child. I’m thankful that dad loved the Lord immensely as a result of this saving grace. For that, I, and so many others benefitted and were drawn to walk with God also.

“The lessons he taught me were innumerable. Chief among them: how to love the Lord, how to love mama, and take care of your family, how to earn respect in a way that it doesn’t take a lot of words for people to follow, and how to serve people.

“He loved his family immensely, sang beautifully to the Lord, and cooked for large crowds as though he was cooking for the Lord’s banqueting table himself. He was an artist with a hind quarter of venison and an all-star porch sitter.

“I’ll miss him so much…but I look forward to the day we meet again on the bright side of eternity. He’s with Jesus now and that’s the prize.”

By Mark Devine As the dust settles from the annual meetings of two major evangelical denominations, the contrast between them could hardly be more stark. Courage won the day among those gathered for the PCA. Fears of elitists won out among the messengers to the SBC. ... READ MORE … END_OF_DOCUMENT_TOKEN_TO_BE_REPLACED