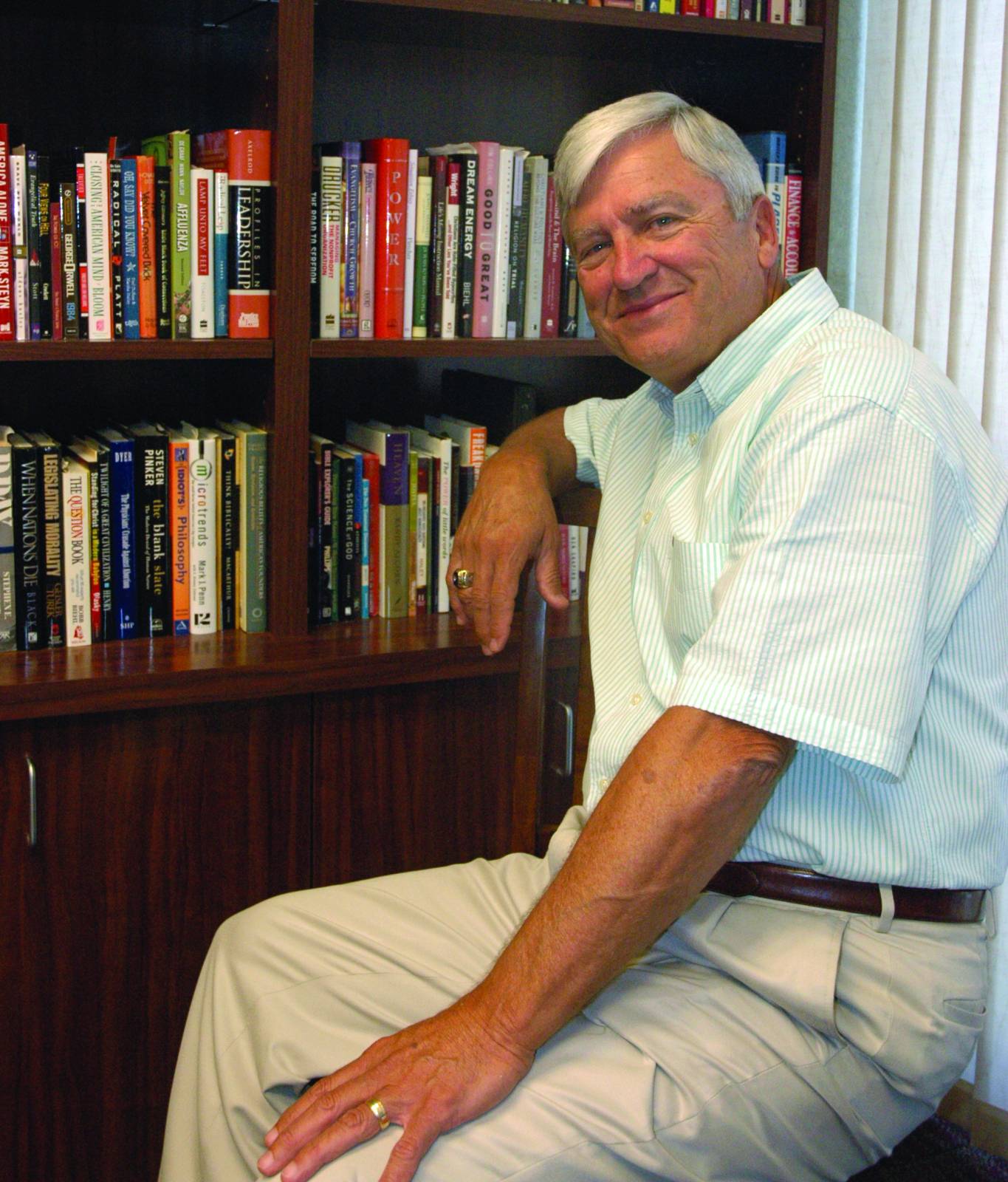 Louisiana State Sen. Gerald Long is calling for unity among his fellow legislators and is asking for prayers from Louisiana Baptists as he assumes his duties as president pro-tempore of the Senate.

BATON ROUGE – A little more than 24 hours after his unanimous election as president pro-tempore of the Louisiana Senate, Gerald Long is calling for unity from his fellow legislators and prayers from Baptists across the state.

Long, a Republican and deacon at First Baptist Church Natchitoches, was elected by a 39-0 vote on Jan. 11 prior to inauguration ceremonies in the State Senate Chamber in Baton Rouge. Long said his election by his fellow peers was humbling.

“It’s one thing when someone appoints you to something, but it’s another thing when your peers ask you to serve,” he said.

His election as president pro-tempore marks the beginning of his third term in the Senate. Since becoming a senator, Long’s has served on committees dealing with insurance, agriculture, education, finance, and revenue and fiscal affairs.

Long views the task to serve others, especially residents of the six parishes he represents, as not just a position but a calling from God. As a Christian, he believes serving in his position of leadership is a calling to be salt and light throughout the state.

Looking ahead to the next legislative session, Long has two goals –the state government be transparent in its business and elected officials would be driven more by their love for the state of Louisiana rather than the party they represent.

“We need to put our Rs and Ds to the back of the alphabet and believe by working together we can make Louisiana a much better place for our people,” Long said.

Before entering politics, Long was a State Farm agent. Then, at the age of 55, Long and his wife, Rose, retired from the insurance business and entered full-time ministry with the Fellowship of Christian Athletes.

Along the way, he has pastored 10 churches.

“I know he’ll do a good job at what he’s doing,” said Tommy Rush, pastor of First Baptist Church Natchitoches, “He really stands strong on his Christian faith and convictions.”

Rush said Long and his wife faithfully attend services on Sunday, where they teach a college Sunday school class. He said Long is genuine in his Christian walk and it will carry over into his service in the Senate.

As he and other elected officials serve the people of the state leading up to the next session, Long is asking Louisiana Baptists and others to pray for them daily.

“Romans 13 reminds us we are to pray for those in places of authority,” Long said. “No authority is given unless it’s from the hand of God. I pray Baptists would see this as an opportunity to fulfill scripture by literally praying Romans 13. Nothing defines us greater than our attitude toward prayer.

“There’s a new fresh wind blowing in Louisiana and I believe it can lift our sails to places it hasn’t been before if we, especially as Christians, come together in prayer and believe God put us here at this time,” he added.

By Steve Horn ALEXANDRIA, La. (LBC) - This year has brought about more challenges and cancellations than any of us care to recount. For those meetings and events that were scheduled, more times than not, they happened virtually rather than in person. This has been true for us as Louisiana … END_OF_DOCUMENT_TOKEN_TO_BE_REPLACED