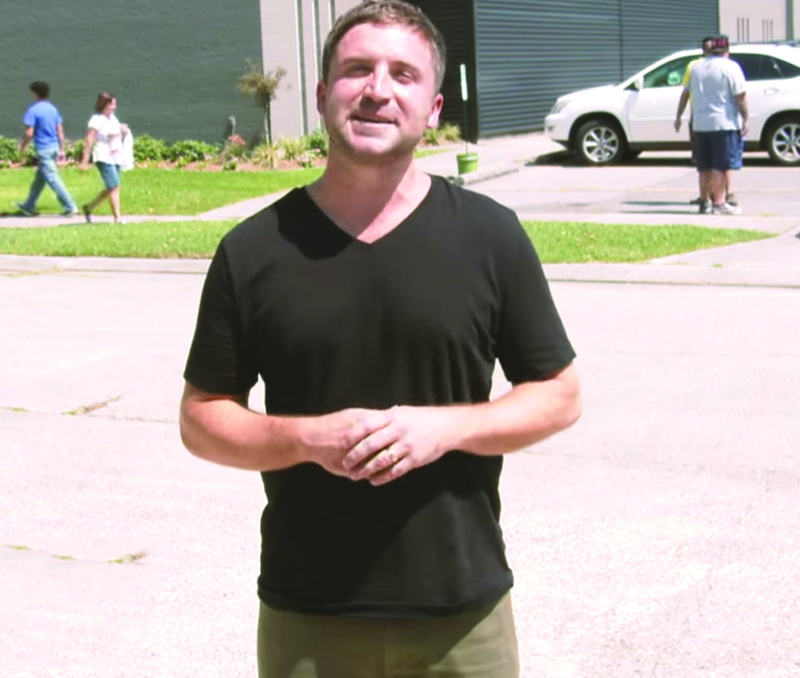 Pastor Rob Wilton and Vintage Church have decided to appeal a judge's decision not to grant an injunction against the Jefferson Parish Sheriff's Office over their tactics to shut down the church's weekly services over noise complaints.

METAIRIE  — Liberty Institute has filed an appeal on behalf of Vintage Church, a Louisiana Baptist congregation involved in a dispute regarding noise levels during its Sunday morning services.

According to a press release by the non-profit law firm which focuses on religious liberty issues, the Liberty Institute along with volunteer attorney Roy Bowes filed the appeal today with the Louisiana Fifth Circuit Court of Appeals.

Vintage Church, located in Metairie, has met in a tent since August while its sanctuary is undergoing construction. The church filed a lawsuit against Jefferson Parish Sheriff Newell Normand and his officers, saying they used intimidation tactics in an attempt to shut down its weekly worship services because of noise complaints by a single individual. The suit also described the noise level ordinances as flawed.

Pastor Rob Wilton said the church was trying to be a good neighbor by hiring technicians to ensure sound levels would not exceed 60 decibels, the limit being imposed on the church which equates to the noise of a running dishwasher, and my moving to acoustical guitars with no amplifications.

Attorneys for Liberty Institute contend that Jefferson Parish officials violated the church’s religious freedom under federal and state law. They argue the actions by the government have placed a substantial burden on the church’s exercise of religion, without a compelling government interest.

Justin Butterfield, Senior Counsel for Liberty Institute, said, “”It is discriminatory—as well as ridiculous—that Jefferson Parish is demanding that Vintage Church remain below 60 dB while power tools, construction noise, and demolition noise are permitted, even though they are much louder. We are confident that the Louisiana Fifth Circuit Court of Appeal will vindicate Vintage Church’s rights under federal and state law.”

By Will Hall, Baptist Message executive editor ALEXANDRIA, La. (LBM) – It’s a presidential election year, Louisiana has suffered another devastating natural disaster, and as Yogi Berra has said, “It's déjà vu all over again." In 2016, presidential candidate Donald Trump came to Louisiana just days after the … END_OF_DOCUMENT_TOKEN_TO_BE_REPLACED