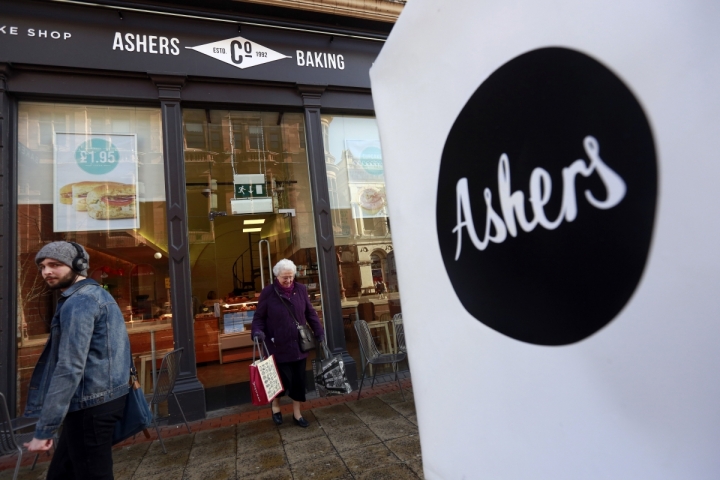 A woman leaves Ashers bakery in Belfast. March 26, 2015. Ashers faced a discrimination case from the Equality Commission after it refused to place a pro-gay marriage slogan on a cake which was to be given to Andrew Muir, Northern Ireland's first openly gay mayor. The bakers refused to make the cake on the grounds that it contradicted their religious beliefs, according to local media. They were found guilty of discrimination. The case is now on appeal. Reuters photo

BELFAST (Christian Examiner) – A gay rights activist at the center of a fight against a family of Christian bakers in Northern Ireland that refused to bake a gay-themed cake has publicly reversed his position now that the family has been found guilty of discrimination.

Same-sex marriage remains illegal in Northern Ireland, but the country’s discrimination laws still left Ashers Baking Company in a lurch when it declined to bake the cake for gay rights activist Gareth Lee nearly two years ago, the BBC reported.

By Stewart Holloway PINEVILLE, La. (LBM) - For over two months now, my oldest son, my mom, and I have spent most Friday mornings at my mom’s clearing overgrown brush. What was planted as a fruit orchard in an open pasture almost thirty years ago has grown into a wilderness of every kind of vine and tree … END_OF_DOCUMENT_TOKEN_TO_BE_REPLACED