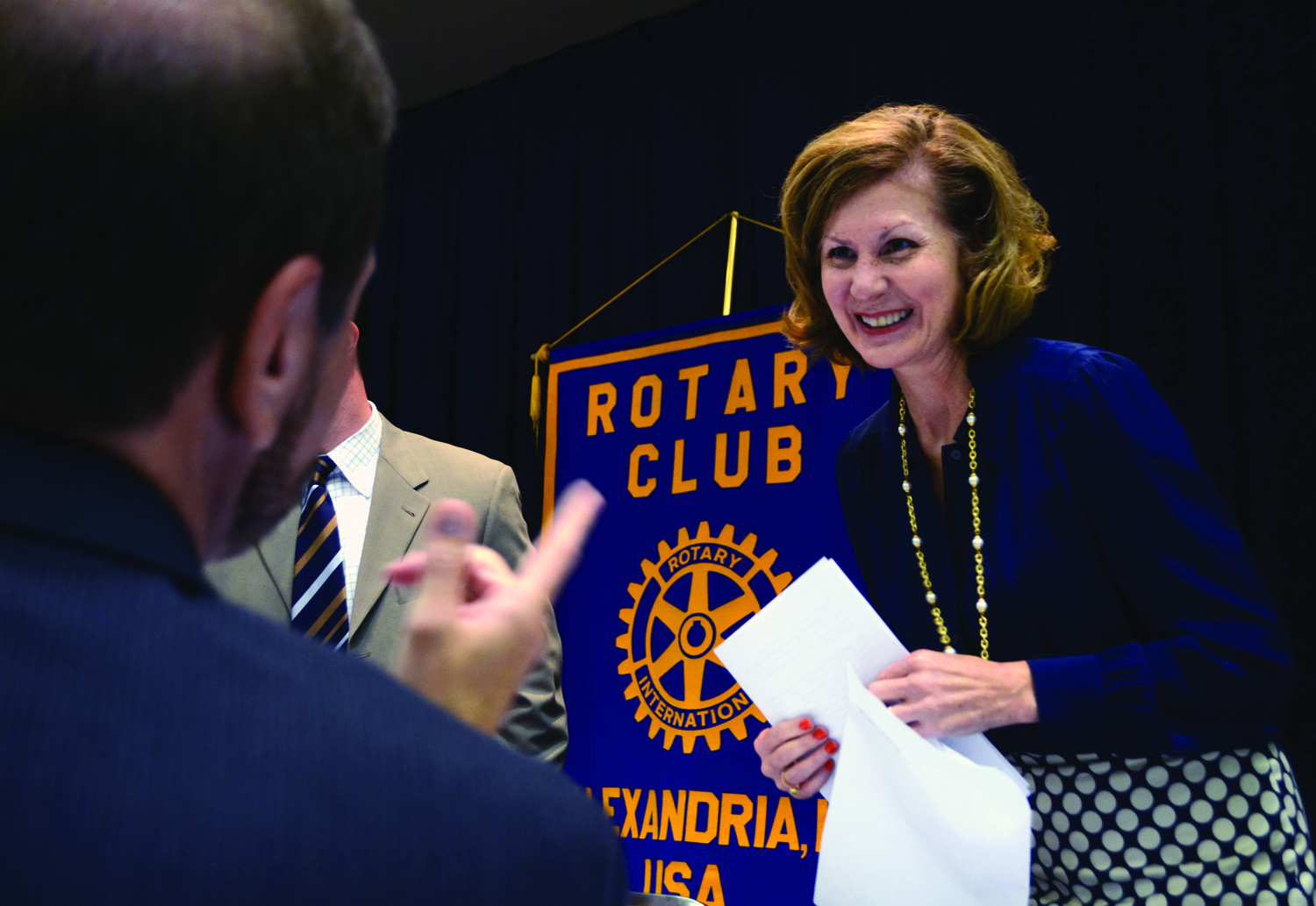 ALEXANDRIA – A small town girl from a dairy farm who ended up on the pages of Parade Magazine as an All-American athlete, Sheila Johnson has experienced an amazing life and now uses the platform of sports to reach out to youth for the glory of God.

Johnson, a member of First Baptist Church in Pineville, is one of the founding members of the Fellowship of Christian Athletes in Central Louisiana, and sponsors an FCA chapter at Pineville Junior High School.

“It was a just a coincidence” she said, that she ended up at PJHS. 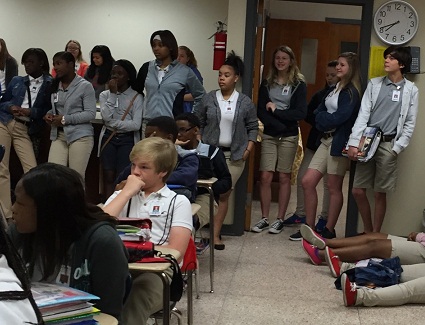 A large crowd fills a class room at Pineville Junior High School for a Fellowship of Christian Athlete meeting.

At that time she had just met with three other FCA supporters to decide to form an area-wide FCA program, when she “happened to get a call” from the PJHS principal, who told her the physical education teacher was ill and the school needed someone to finish out the year in her place. 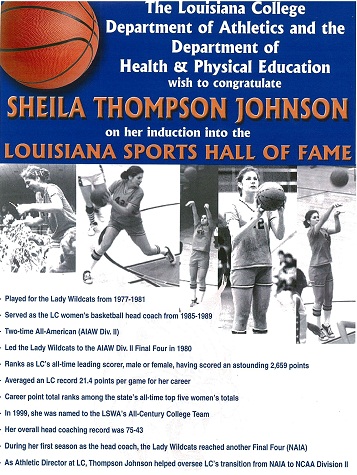 She also served as athletic director for the Wildcats, leading the effort to reestablish a football program after a hiatus of about 35 years.

Johnson said she used the “coincidence” to ask to start an FCA chapter, and her request was approved.

“I only expected to be there a few months,” she explained. “But because of FCA I stayed.” She just completed her fifth year as a teacher and FCA sponsor at the school.

“I accepted Christ at the age of 11,” Johnson said. “I wasn’t a gifted athlete, but I worked hard at it, and, I gave my life as a player to Christ.”

“Basketball has always been a tool I wanted to use to glorify God,” she added. “FCA is an extension of that for me.”

“It is a way we can minister to young people in our schools,” Johnson said. “And in some places, it’s the only way we can get into our schools. It’s a club. It’s voluntary.”

At her school, the FCA is allowed to meet formally once a month and is open to the whole school, with 200 students coming sometimes. Johnson invites an area youth minister to offer a devotional and she has special music, too.

Johnson said students come and hear the Word of Jesus Christ and what He can do for them.

“It can change their lives,” Johnson emphasized. “Christ changed my life.”

Johnson said she senses a yearning among this age group – a search for “good.”

“They’re searching for what’s missing in their lives,” she said. “They want peace. Kids come up to me and it allows me to talk to them about Christ.”

She also described “an amazing sight” she sees almost every other day.

“The student committee decided to meet more than once a month,” she recalled. “They said, ‘Why don’t we meet on the patio for prayer?’”

Now on Tuesdays and Thursdays, there are up to 50 girls, holding hands, sharing a single Bible verse and praying, Johnson said.

“I’m no longer a player, coach or an athletic director,” Johnson offered. “But I was searching for how I could continue to serve God in athletics, and God filled that void in my life through FCA.”

“He’s opened doors to allow me to plant seeds of faith through sports.”

For information about the CENLA FCA, visit www.alexfca.org, and to learn more about the remarkable sports career of Sheila Johnson access http://www.lacollege.edu/distinguished-alumni/2006, and http://www.lasportshall.com/inductees/basketball/sheila-thompson-johnson/?back=inductee.