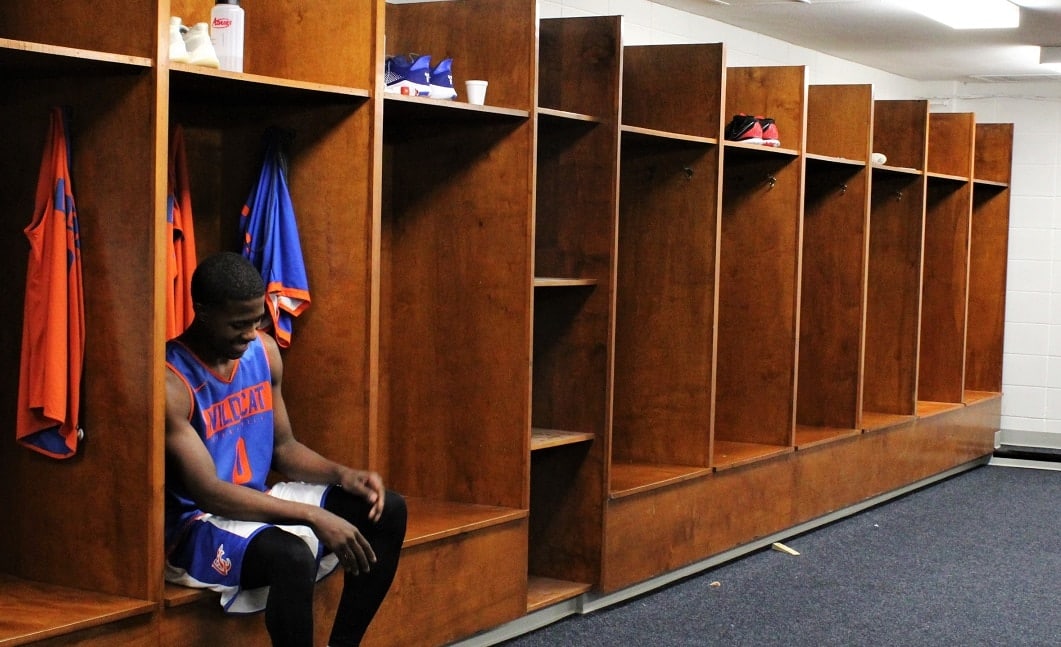 The project, which began in November and was finished in late January at a cost of more than $300,000 through private donations, included a facelift to the lobby restrooms and locker room space shared by the men’s and women’s basketball, men’s and women’s soccer and volleyball programs, and the addition of a digital scorer’s table. Work on the student-athlete lounge is expected to begin in March and be complete by April or May.

The last time H.O. West Fieldhouse got a facelift was in 2014, when lower-level bleachers and the floor used for games were replaced.

Reni Mason, athletic director and head men’s basketball coach, told the Baptist Messagehe is grateful for the support of so many who helped make the renovations possible.

“Finishing this project is very important for recruits and the future of our athletic program,” Mason said. “To move to the next level, we knew we had to do something to give our facilities a facelift. This is another step in that direction.”

Last summer, a new football turf field was installed at Wildcat Stadium and a new sound system was added inside H.O. West Fieldhouse. Mason said LC provided funding for the football field while Coca-Cola, Central Louisiana Community Foundation, Don Hill, an LC alumnus from the class of 1964, and many other alumni and friends provided gifts to the College for the sound system.

The school is set to showcase the renovations during a news conference Thursday afternoon.

By Stewart Holloway PINEVILLE, La. - I’ve heard people say, “If that doesn’t light your fire, your wood is wet.” I would say that about yesterday. It’s been a while since I had a 15 1/2 hour Sunday and was so jazzed when I got home that it was hard to come down. But yesterday was that. First, we had baptisms … END_OF_DOCUMENT_TOKEN_TO_BE_REPLACED