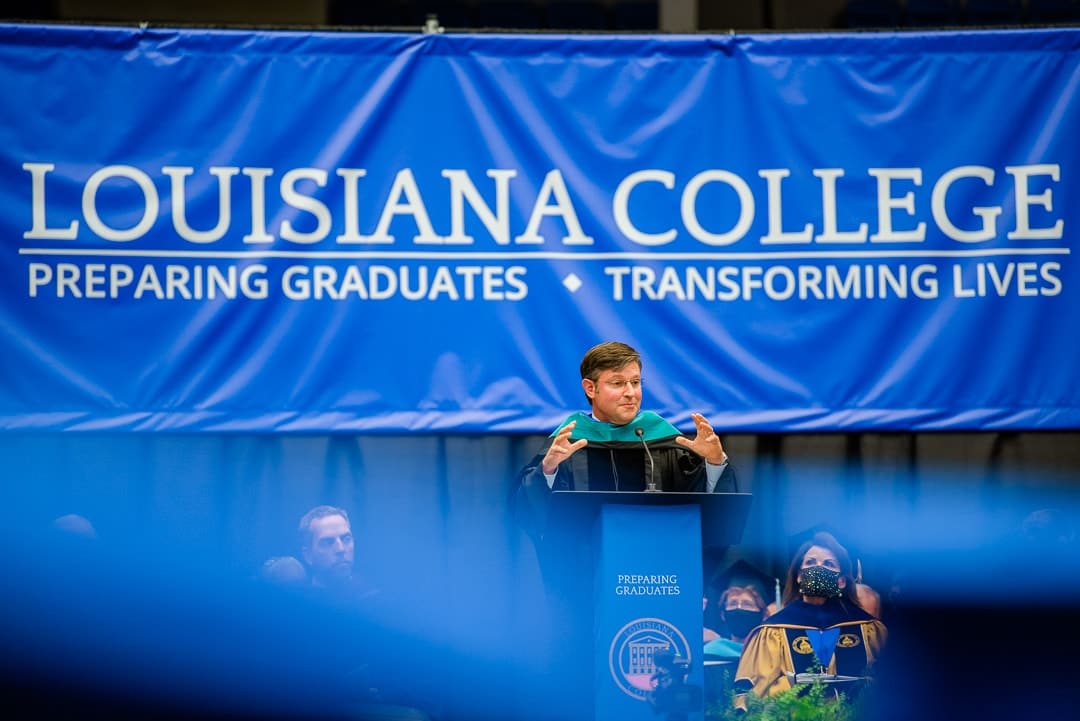 U.S. Rep. Mike Johnson, a member of First Baptist Church, Bossier City, tells graduates to seek God's will, not just "His will for my life." Alena Noakes photo

ALEXANDRIA, La. (LBM) – U.S. Congressman Mike Johnson told the Louisiana College Class of 2021 graduates that there were “only a handful of institutions in America where God could be honored” the way he was at the Louisiana Baptist Convention college’s 166th Commencement Saturday at the Rapides Coliseum.

In his commencement address, Johnson, who represents Louisiana’s fourth congressional district, offered the students words of encouragement on the beginning of their journeys as college graduates.

“Walk with the Lord; it’s that simple,” Johnson said. “Be humble and faithful in the little things God entrusts you with today. God will reward your faithfulness with more, and you will be set apart.”

LC conferred 178 undergraduate and 65 graduate degrees at the day’s ceremony, which also included many of the 2020 graduates, whose commencement exercises last year were cancelled due to the COVID-19 pandemic.

Three students from the 2018 cohort also completed their degree and Honors College requirements in three years:

Brewer also made mention that the first graduates from the pre-engineering program were graduating.

“You all know our three R’s—relevant, relational and rigorous,” Brewer said to the graduates. “But you all have earned a fourth R—resilient,” alluding to the last 14 months of quarantining, hurricanes and snow storms these students have had to overcome.

Several graduates were chosen to share part of their LC journey.

“The road was long, but today we celebrate and look forward to new journeys and opportunities,” said Tanner Guidry, a missions and ministries graduate. “One of the greatest things we learned—adversity is something to overcome because of the One who lives inside us.”

In addition to conferring of the degrees, Brewer recognized several with honorary doctorates and
distinguished service awards.

Louisiana College bestowed honorary doctorates on Rep. Johnson, who currently serves as Vice Chairman of the House Republican Conference, and on Houston-area businessman and media mogul Earl Heard, who attended LC in the 1960s. A posthumous honorary doctorate was awarded the late Louisiana Gov. Jimmie Davis, LC Class of 1924.

• Janie Wise, women’s missions and ministries strategist for Louisiana Baptist Convention
• The late Dr. Bill Robertson, pastoral leadership team director for Louisiana Baptist Convention (posthumous award)
• Dr. Dewey Dunn (’56) and his wife, Bobbie Dunn (’57), of Nashville. Dr. Dunn taught at Vanderbilt University, and specialized in gastroenterology and internal medicine at the VA Center in Nashville. He is a founding member of the Baptist Medical Dental Fellowship. The Dunns have served together on more than 100 mission trips.

It was a day of celebration for the college, Brewer said, who added he hadn’t shaken that many hands since COVID introduced us to the term social distancing last spring.

“It’s a blessing to be able to have commencement and to be back together to honor so many well deserving individuals for their accomplishments,” he said. “The Lord has truly blessed us.” 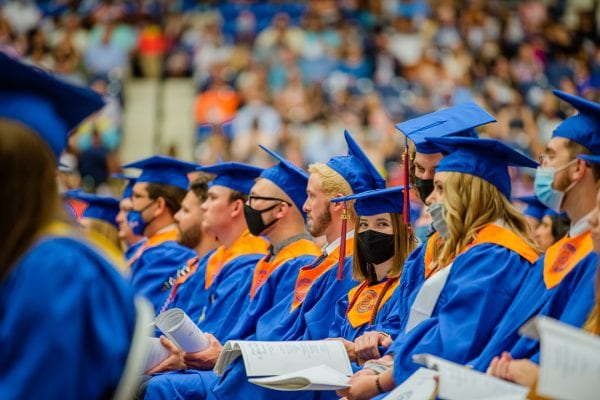 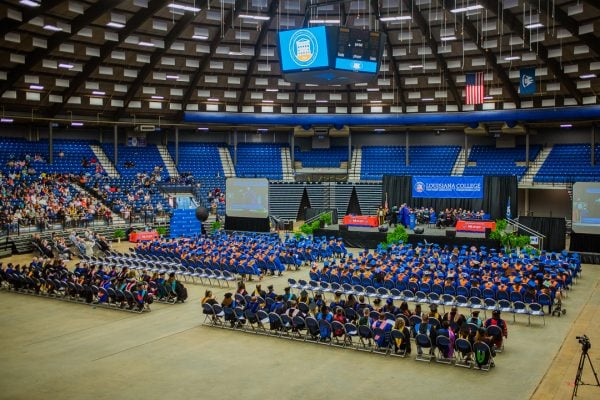 By Rebecca Holloway PINEVILLE, La. – For years, I have read and heard the statement, “We need to hold life/our family/our possessions with an open hand.” The idea is that we are not in control of our lives or anything else on this planet. God is in complete control of all things and has the power and right to … END_OF_DOCUMENT_TOKEN_TO_BE_REPLACED