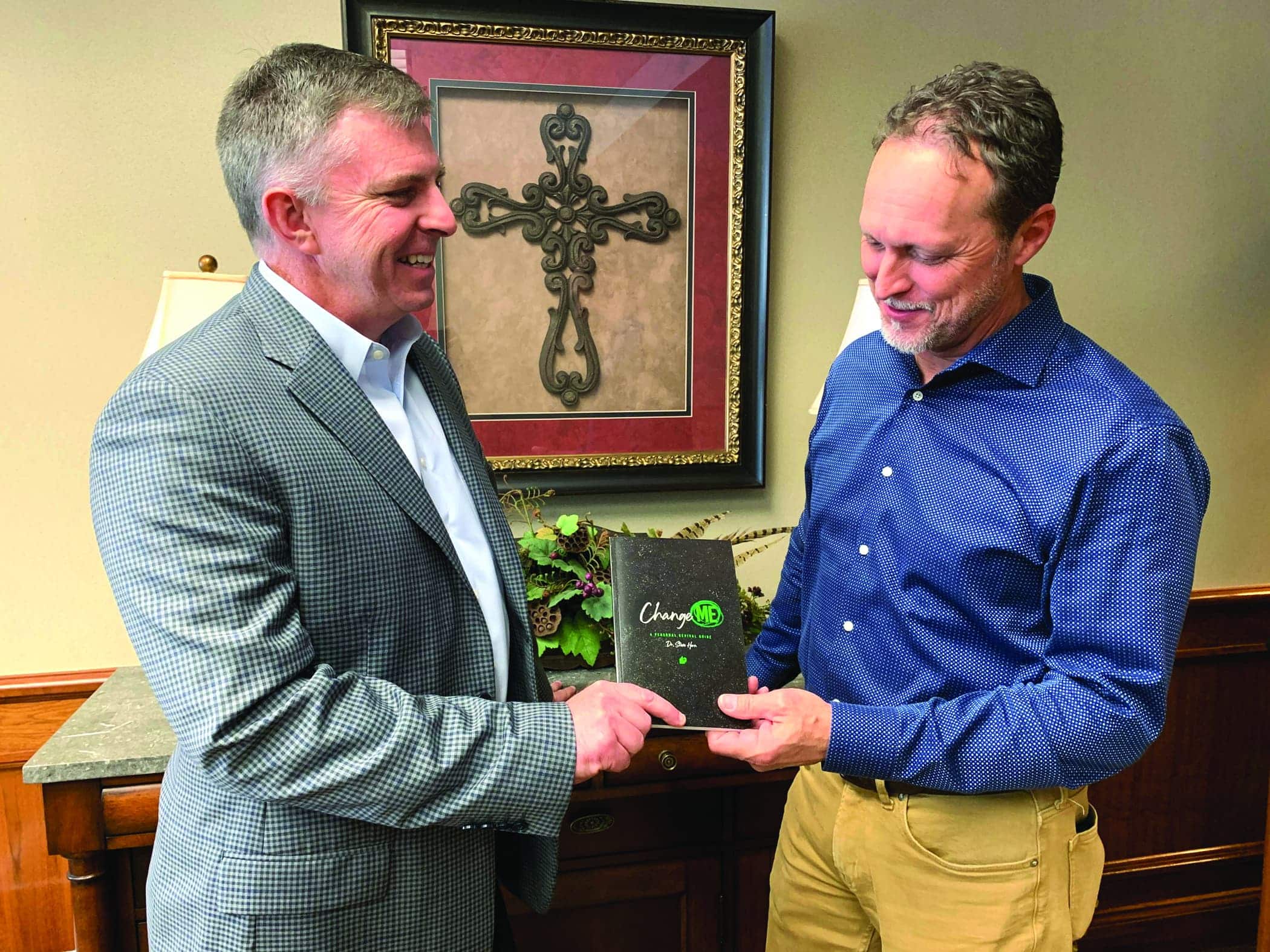 “We are in a desperate situation,” Horn told Executive Board members during their May 4 meeting at Tall Timbers Conference Center in Woodworth. “We are doomed. I am asking the Lord and seeking the Lord about what could be my part in helping that. I am not even sure we are ready for revival in terms of mass evangelism right now, but instead what we are desperate for is personal revival.”

State missions services staff began a joint focus on personal revival May 9 and will conclude June 5, using Horn’s booklet, “Change Me.” The effort is based on Psalm 139:23-24.

“It is my prayer, my vision and my dream that we will have hundreds of churches in Louisiana at the end of 2021 or to start 2022 that will seek the Lord for personal revival,” Horn said. “And, so, pray for us as a staff over the next 28 days as the Lord brings that to your attention and pray that each one, most of all me, would have a sense of God doing something new, fresh and real in our lives and bring us to a point of leading others in thinking about doing the same in their lives.”

Louisiana Baptist Convention President David Cranford, in his message to Executive Board members, echoed the need to seek personal revival.

Cranford, citing Haggai 1:7 and 2 Corinthians 15:1-5, said that Louisiana Baptists must examine their own hearts and consider who God has called them to be.

“I think we do need to carefully consider our hearts concerning the path that we are going to take,” said Cranford, pastor of First Baptist Church in Ponchatoula. “My prayer for us is that exactly this passage of scripture is our heart. That exactly this wonderful sort of encapsulated message is not only who we are but it’s who we want to be and it’s the path that we want to take.

Horn also told Executive Board members that money given to the Cooperative Program from January to April is $158,000 more than during the same time period last year.

He noted the increased giving could signal a trend in the right direction for the remainder of the year.

“So, we thank the Lord for that and believe that is a sign of good things to come,” Horn said. “Obviously, it needed to be that way because of what happened around March 15 or 17, 2020, which sort of tanked the rest of March and April for the Cooperative program. But $158,000 better is certainly a good sign because we started the year 2020 rather well and so when you look at all of that to be 158,000 dollars ahead is very good news for us and I believe points us in a good direction for the remainder of 2021. We are still some behind in the projected allocations budget, but we have a real shot of making that up, whereas last year when we got behind there wasn’t really a lot of hope that we could make that up. This year I don’t think that is the case.”

Louisiana Baptist Foundation Executive Director Jeff Steed, in his report, reminded Executive Board members that the foundation has a 1.45 percent interest rate on their short-term fund that has daily liquidity higher than what banks offer. Additionally, he said the foundation can help Louisiana Baptists be good stewards of their assets by impacting their church and other ministries through special gifts such as non-cash gifts, estate gifts and other ways.

He noted that the foundation can provide publications on special gifts to churches as well as teaching about estate stewardship in churches and assisting with church loans and church payroll services.

“Please call us,” Steed said. “We are glad to help. Those are all some ways we can help you, add value to you in our church. I want to thank you Louisiana Baptists as we advance the Kingdom together, one dollar at a time, one ministry at a time, one life at a time around the state.”

Louisiana College President Rick Brewer said God has blessed the school in many ways, including being ranked the safest campus in the state and the second most diverse campus by niche.com. He said LC was named a Top 30 Christian College by BestValueSchools.org, too.

Looking to the future, Brewer shared that the school recently secured $860,000 for future academic programs.

He asked board members to keep the school in their prayers.

“We are going to keep pressing on,” Brewer said. “Pray for us. Send us your students. We are not kowtowing to political correctness. We are just striving to be biblically correct.”

Louisiana Baptist Children’s Home and Family Ministries President and CEO Perry Hancock noted in his report that one of their residents of the HomePlace (the Louisiana Baptist Children’s Home and Family Ministries program for homeless children and their mothers) trusted Christ and publicly professed her faith through baptism at North Monroe Baptist Church in Monroe. Just nine months earlier, she came to campus as a professing atheist.

“Our entire staff was rejoicing when we heard about her decision to follow Christ,” he said. “This young mother now has everything she needs to move forward with God’s plan for her life. Thank you, Louisiana Baptists, for being an important part of our life-changing ministry at the Children’s Home.”

Among the most noteworthy developments for the Baptist Message has been focusing more on improving its online reporting and social media presence, shortening the publication schedule from 24 to 14 editions each year, acquiring more than 6,000 cartoons that the publication has begun posting online and is considering including in the print edition, and reporting on numerous developments within the Southern Baptist Convention and across the state, Cranford said.

Meanwhile, the Office of Public Policy continues to track numerous bills that have the potential to impact the home lives, work, and ministries of Louisiana Baptists, he added.

By Rebecca Holloway PINEVILLE, La. – For years, I have read and heard the statement, “We need to hold life/our family/our possessions with an open hand.” The idea is that we are not in control of our lives or anything else on this planet. God is in complete control of all things and has the power and right to … END_OF_DOCUMENT_TOKEN_TO_BE_REPLACED