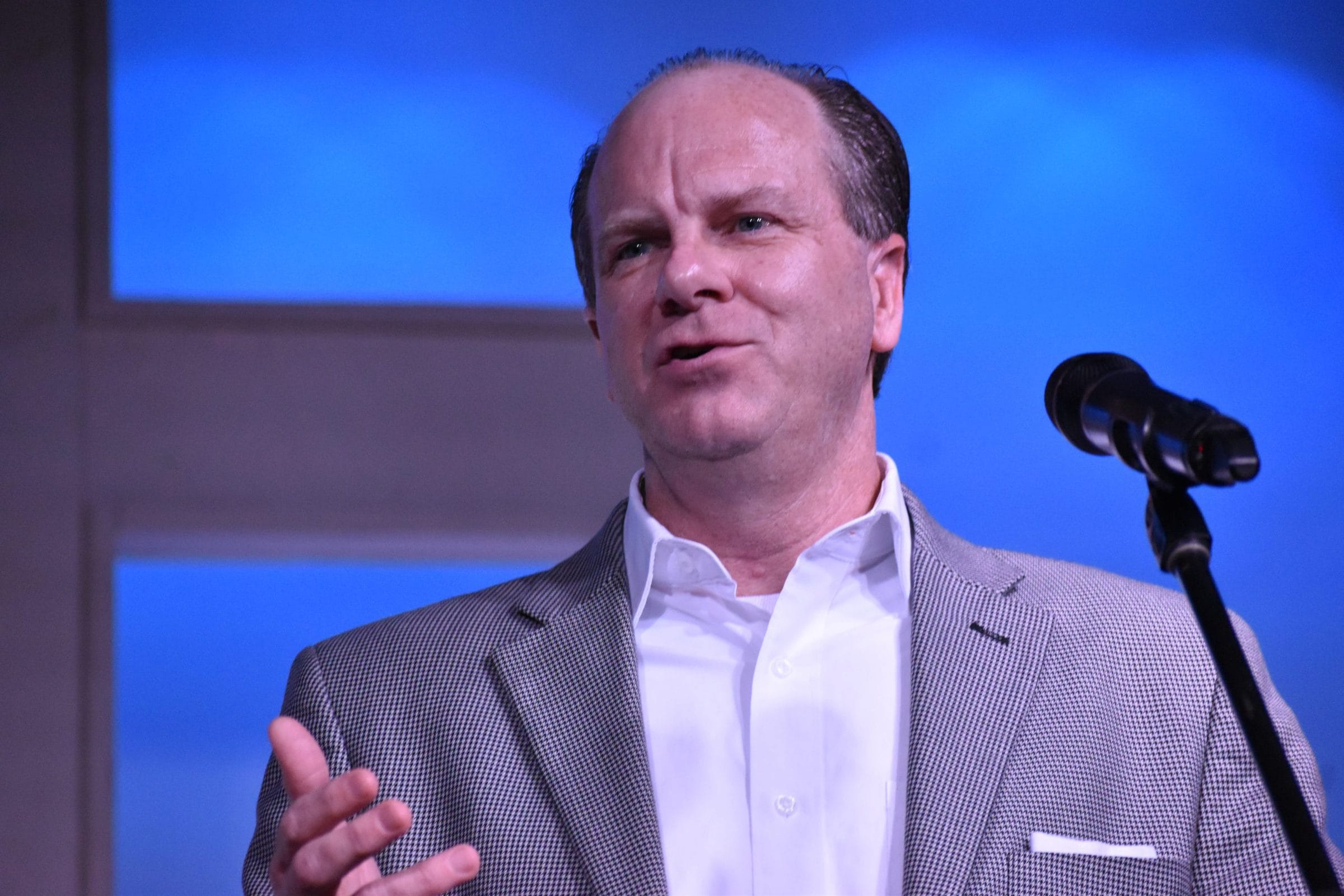 He said that three years after the project was announced, a new recreation and activity center has opened that replaces the former gymnasium and pool, which were more than 60 and 40 years old, respectively.

Hancock also said Hope Cottage has been transformed into a building that houses the Ministerial Care Residential Program, which was restarted after COVID-19 temporarily halted it. Louisiana Baptist terminated ministers, and International Mission Board missionaries on stateside assignment, transitioning to a new ministry or recently retired are eligible to receive a free apartment on the LBCH[1]FM’s campus in Monroe for up to one year.

“It is very easy to overlook the needs of pastors and missionaries in crisis,” said Dennis Phelps, director of the Ministerial Care Residential Program and director of church and alumni relations. “And we hope that this relaunch of this ministry will respond to the desperate need of our pastors as well as missionaries.”

In his report, Louisiana Baptist Foundation Executive Director Jeff Steed said the foundation helped Louisiana Baptists over the last 12 months establish: $1.3 million in special gifts for churches and other ministries; a short-term fund that yielded another $1.3 million in income for church and other ministry accounts; and long-term accounts that provided returns of $28.9 million.

He noted the foundation can visit churches and educate Louisiana Baptists on other services such as church loans, payroll services and capital campaigns.

“We are humbled God would use Louisiana Baptists and this foundation for the sake of getting more money out the door for the sake of doing His work,” he said. “How can we help you? We would be honored to do that in any possible way to add value to you and your church for the sake of advancing the Kingdom.”

Baptist Message Executive Editor Will Hall said soon after Hurricane Ida passed through the state, the news outlet had its staff and also a team from the Association of State Baptist Papers on the ground covering the storm through photos, videos and stories that were pushed to other state convention media outlets.

“Since Hurricane Ida, the Baptist Message has been busy reporting about the catastrophic devastation but more importantly about the incredible response by Louisiana Baptists, as well as other state convention disaster relief teams that have been partners in the Gospel with us in this massive recovery operation underway,” he said.

He added that the Baptist Message has reduced its print publication schedule from 24 to 14 and is working on providing a web-only edition and an RSS feed that churches can use to upload frequent updates from the news outlet to their own website.

Hall, who also serves as director of the Office of Public Policy, said his office testified and provided key resources to legislators and committee members on several key pro-family bills. He said Louisiana Baptists were instrumental in calling a special veto over override session in the most recent legislative session. Hall noted that 400 of the 500 pastors who signed a letter in support of the special session were Louisiana Baptists.

The session included a bill, authored by Senate president pro tempore Beth Mizell (R), also a member of First Baptist Church in Franklinton, that would have prevented biological males (as transgender women) from taking women’s sports team spots away from biological females. In the spring, the Louisiana Sen[1]ate passed Mizell’s measure to guard against males on female teams, 29-6-4, and the House, too, 78-19-8. However, Gov. John Bel Edwards (D) vetoed S.B. 156, causing an uproar among the faith community across the state, leading to the historic override session.

But it was defeated, July 21, during the veto override session in the Louisiana House, when 10 representatives either defected or did not vote after having previously supported the legislation in the regular session. Hall is optimistic the legislation could be taken up again.

“I’m happy to tell you that Senator Mizell is ready to step forward and present that legislation again this next year,” Hall said. “And we may have to call on you to help us to make sure that those that supported it before continue and those that defected come back from the dark forces to the light.”

In his report, Louisiana College President Rick Brewer said the school remains committed to preparing graduates and transforming lives of its students.

Since the start of the fall semester, more than 40 students have accepted Christ as their personal Lord and Savior through: the “Awakening” worship services which featured evangelist Curtis Zackery, a youth evangelist from Franklin, Tenn. (Aug. 14-16); the “Arrival,” a Baptist Collegiate Ministry gathering held every Tuesday evening that is led by Dave Edwards, founder of Dave Edward Speaks in Oklahoma City, Okla.; and the campus fall revival with messages by Don Wilton, pastor of First Baptist Church in Spartanburg, S.C. (Sept. 28-30).

“We’re part of the Jesus movement,” he said. “I’m praying for that.”

Brewer said this year the school launched the Center for Calling and Career for students seeking internships, career advice and information about jobs available in their majors. The center also helps students gain an understanding of how their values and spiritual gifts should be assessed to fully know what God is calling them to do in their lives and careers.

“We have a center where we want students to connect where God is calling them to,” Brewer said. Vocation comes from the word vocatio, which literally means the voice of God. And I’m constantly asking our students, ‘Where is God voicing you into the future.”

By Lane Corley MADISONVILLE, La. - Three years ago, our family was going through one of those down seasons in the ups and downs of life. My mental focus and physical health was declining. I was discouraged and struggling mentally and emotionally. I knew I needed to change a few habits. As part of a recovery … END_OF_DOCUMENT_TOKEN_TO_BE_REPLACED