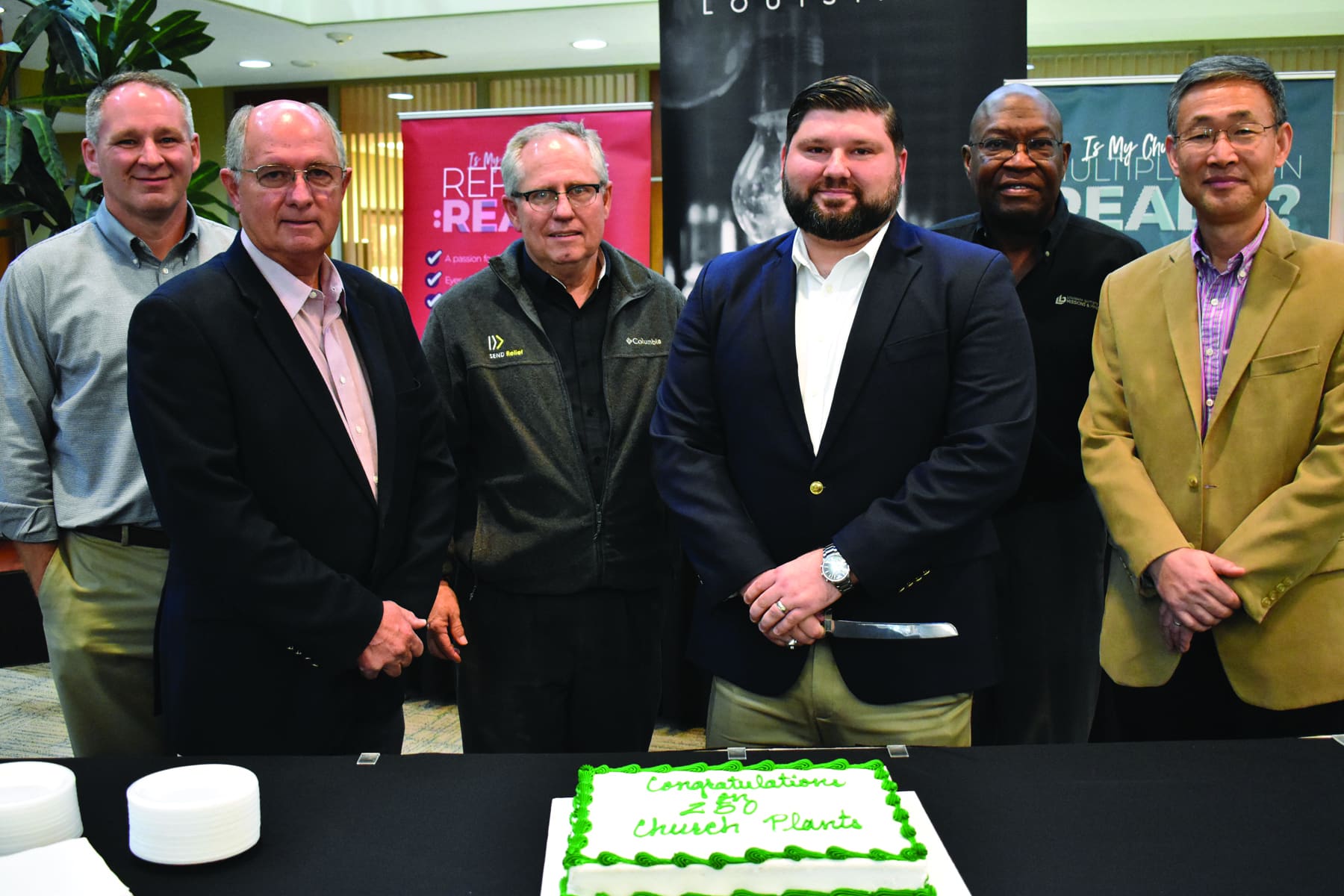 The achievement moves Louisiana Baptists closer to the goal of planting 300 churches by 2020 as part of one of the 10 action steps identified in the President’s 2020 Commission Final Report, which was affirmed by messengers during the 2013 LBC Annual Meeting.

Planting healthy, biblically sound, multiplying churches is a key component to the seven-year-strategy which seeks to engage two audiences – the next generation and every people group – in reaching Louisiana with the Gospel.

James Jenkins, director of church planting for Louisiana Baptists, told the Baptist Message the reception to mark the occasion was a celebration of partnership among church planters, sponsoring churches and directors of missions.

“This celebration, and the ones we have had along the way to the 300th church plant, is a way of thanking God for his grace and Louisiana Baptists for their giving,” Jenkins said.

PRESSING TOWARD THE GOAL

Hope Church in Baton Rouge was recognized as the 250th new church plant, and Pastor Jeff Vincent shared that four new converts have been baptized already year and Sunday worship attendance is averaging 50.

The strategy is to plant churches where most Louisianans live, so the geographical emphasis is along the I-10 corridor and southward where 3 million Louisianans reside, about 67 percent of the state’s population.

One hundred and ninety of the new church plants are located in southern Louisiana.

The 250 church plants represent a strategy of diversity: 78 are African-American, 32 Hispanic, 12 Asian and 18 have a largely multi-ethnic makeup.

Looking toward 2020, Louisiana Baptists still have a great opportunity to sow a bountiful spiritual harvest.

Louisiana Baptist Convention Executive Director Steve Horn has identified 33 Louisiana municipalities with populations of more than 3,000 people who do not have a Louisiana Baptist ministry presence; and, Jenkins said he is helping to create a “33 Towns Strategy” that will target some of those communities next year to plant a church or start a compassion ministry.

By Joe McKeever Freely you have received; freely give. (Matthew 10:8) JACKSON, Miss. (BP) -- Dr. Watson was complimenting Sherlock Holmes on a brilliant observation no one else had noticed. "Of course," Holmes remarked. "It's what I do." Forgiveness and grace -- that's what we believers do. Here is … END_OF_DOCUMENT_TOKEN_TO_BE_REPLACED