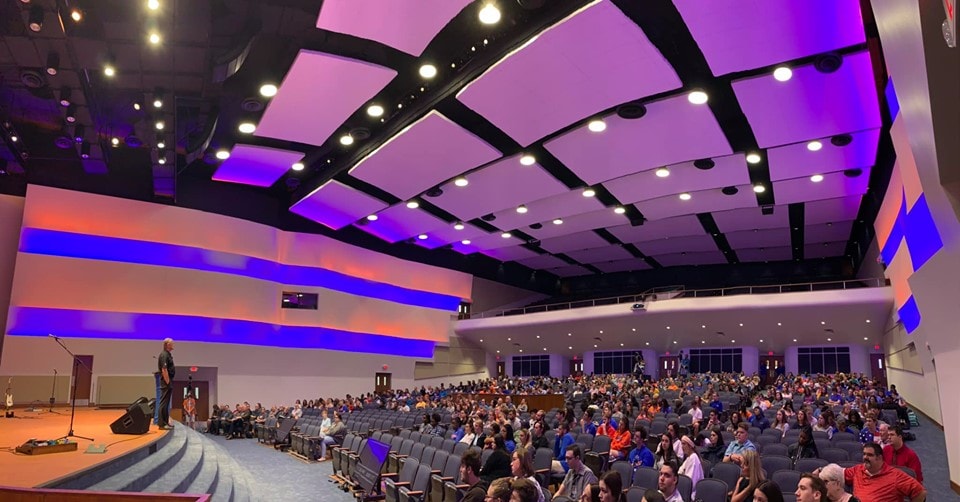 ALEXANDRIA, La.  (LBM)–The Executive Board of the Louisiana Baptist Convention voted to move the location and time of the 2020 LBC Annual Meeting to Louisiana College, Tuesday afternoon, Nov. 10 in the Guinn Auditorium.

The vote took place during the board’s Sept. 29 meeting at Tall Timbers Conference Center in Woodworth.

“We appreciate Dr. Rick Brewer’s offer to allow us to gather at the Guinn Auditorium for this important gathering of Louisiana Baptists,” said Steve Horn, Executive Director for Louisiana Baptists. “Our meeting will begin at 12:45 p.m. and conclude by 5 p.m. which should allow messengers to drive in and home the same day if they choose to do so.”

Horn noted that only essential business, including reports from the social and moral concerns committee, the resolutions committee and entity reports, will be conducted during the abbreviated meeting.

“Paul told the early believers in Corinth he was ‘pressured in every way but not crushed and was perplexed but not in despair’ (2 Cor. 4:8). This is a picture of resiliency which certainly resonates with what we’ve gone through in 2020,” noted Cranford.

In addition to messages from Cranford and Horn, messengers will hear from Steve McAllister, pastor of Westside Baptist in Natchitoches, who was elected to deliver the annual sermon during the 2019 Annual Meeting.

Horn emphasized that all COVID-related directives will be followed, including social distancing and masks.

“As much as we want to gather, we also want to be safe,” Horn emphasized. “The buildings will be sanitized and messengers are encouraged to mask up as they register and make their way to their seats.”

Originally scheduled for the Franklin Avenue Baptist Church in New Orleans, the annual meeting was moved due to COVID and attendance restrictions in the city.

Online registration will be available soon at LouisianaBaptists.org.

By Steve Horn ALEXANDRIA, La. (LBC) - This year has brought about more challenges and cancellations than any of us care to recount. For those meetings and events that were scheduled, more times than not, they happened virtually rather than in person. This has been true for us as Louisiana … END_OF_DOCUMENT_TOKEN_TO_BE_REPLACED