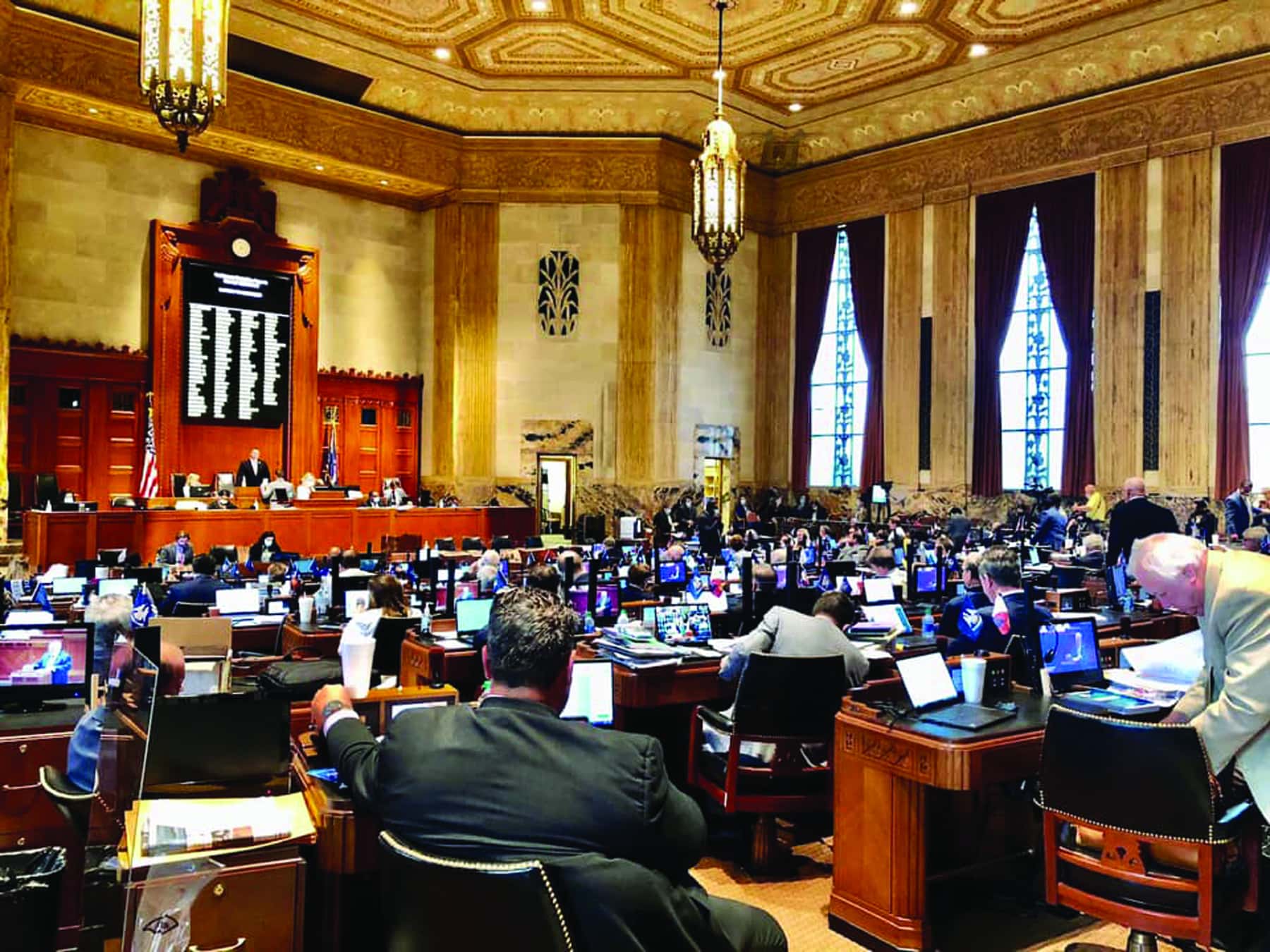 The Louisiana House and Senate are expected to take up a full range of bills this budget year that include a number submitted by Louisiana Baptist lawmakers. Among the issues that will be considered are election integrity, gambling and fairness in women’s sports. Submitted photo

BATON ROUGE, La. (LBM) – Although 2021 is a budget year for the legislature, which by policy limits lawmakers to submitting only five bills each on other matters, civic and social issues are poised to dominate the agenda during the regular session which convened April 12.

Sen. Beth Mizell, a member of First Baptist Church, Franklinton, submitted S.B. 156 “Fairness in Women’s Sports Act” as an attempt to level the playing field for women athletes, according to statements she made to the Baptist Message.

The bill is in response to the H.R. 5 “Equality Act,” passed by the U.S. House and awaiting a vote in the Senate, that would allow biological males to compete as female athletes. Regardless of the outcome of that legislation, an executive mandate promoting transgender rights that was issued by President Joe Biden calls for a review of federal policies that likely will produce the same result.

In opposing such changes in Louisiana, Mizell drew heavily from Title IX of the Education Amendments Act of 1972 in drafting her protections for women athletes. This legal precedent ensures that women receive equal opportunities with men to participate in sports and receive athletic scholarships.

Likewise, she relied on science to point out the biological advantages that male physiology offers in sports because of strength, speed, and endurance differences from having greater muscle mass and bone density, as well as larger hearts and lungs.

Rep. Gabe Firment, a member of the First Baptist Church, Pollock, also is relying on science as well as a patient’s right to “informed consent” to champion H.B. 575 “Vulnerable Child Protection Act.”

The proposed law prevents any procedure or treatment, as well as counselling, for any child simply “for the purpose of altering the appearance or affirm a minor’s gender or sex because perception is inconsistent with the minor’s sex.”

His legislation is presented amid a growing movement in the United States to subject children to permanent physical changes in response to mental conflicts about their biological sex.

Importantly, chemical treatments cause body changes that are as irreversible as surgery:

— Meanwhile, taking cross hormones (to transition to the opposite sex) reduces fertility (a factor later in life if a person wants to have a biological child), and there are unknowns about the long-lasting effects on bone density and brain development. Also, there are higher risks for heart disease, diabetes, and blood clots (for those who start estrogen), and the long-term cancer risk for these children is unknown.

Firment told the Baptist Message that children are mentally and emotionally unable to make decisions with such lifelong consequences, and thus cannot give “consent” to either chemical or surgical transition.

A landmark study collected data from 9.7 million Swedes, identifying 2,679 individuals who had been diagnosed with gender dysphoria and 1,000 persons who had gone under the knife to alter their sex organs or related body parts. The American Journal of Psychiatry reported that in the final analysis there were no mental health benefits to these patients (e.g. changing physical appearance did not resolve the person’s gender dysphoria and related anxiety and mood disorders).

The 2020 presidential election raised awareness about the potential vulnerability of the election process. Moreover, the Democrat-led U.S. House passed H.R. 1 “For the People Act” which would essentially federalize state election systems. The U.S. Constitution Article 1, Section 4 grants the power to regulate congressional elections to the states, but also allows Congress to alter these regulations.

Harvard University conducted an analysis of election integrity across the country and Louisiana is the highest ranked state in the South and 12th in the nation, according to information from Secretary of State Kyle Ardoin. Still, several key bills have been submitted, seeking to improve the election process.

However, one that should garner bi-partisan support is H.B. 167 by Rep. Mike Johnson, a member of First Baptist Church, Pineville.

His legislation seeks to add integrity to the election process by strengthening the guidelines for removing deceased individuals from voter registration rolls. Specifically, the bill would require timely changes, setting a three-day limit for names to be deleted upon a voter registrar receiving a certified copy of a death certificate or upon the Department of State being alerted by the Louisiana Department of Health’s monthly report on parish deaths (when supported by three pieces of corroborating identifying information).

Additionally, Johnson’s bill would require registrars as well as the Department of State to search obituaries for possible registered voters whose names need to be removed from the rolls.

A gambling initiative is on the agenda, again, this time to allow a Shreveport riverboat casino to relocate to St. Tammany Parish.

S.B. 213 calls for a referendum in St. Tammany Parish, Oct. 9, to allow Peninsula Pacific Entertainment, a Los Angeles, California, company, to build a casino complex on Lake Pontchartrain within the Lakeshore Marina. The same company fail in its 2018 bid to move to Tangipahoa Parish. A noteworthy development since then is that riverboat casinos no longer are required to be operable paddlewheels and are permitted to expand onto land within 1,200 feet of their licensed berths.

Slidell residents, led by the faith community, already have launched a campaign against the relocation, citing irreparable damage to “the good life” they now enjoy in their community.

— A National Association of Realtors study found that a casino hurts property values in the local market, dropping home prices as much as 10 percent.

— Data from the Louisiana Gaming Control Board appears to show that casinos cause a long-term flow of money out of the community.

— Finally, casinos imperil public health according to multiple studies that conclude casinos cause gambling addiction to triple after opening.

By Chuck Kelley Rarely does Hollywood contact a Southern Baptist seminary, but rarely is not never. One day location scouts for a major motion picture to be filmed in New Orleans called NOBTS and asked to tour the campus. They were looking for a place that with a bit of movie magic could be made to look like the … END_OF_DOCUMENT_TOKEN_TO_BE_REPLACED