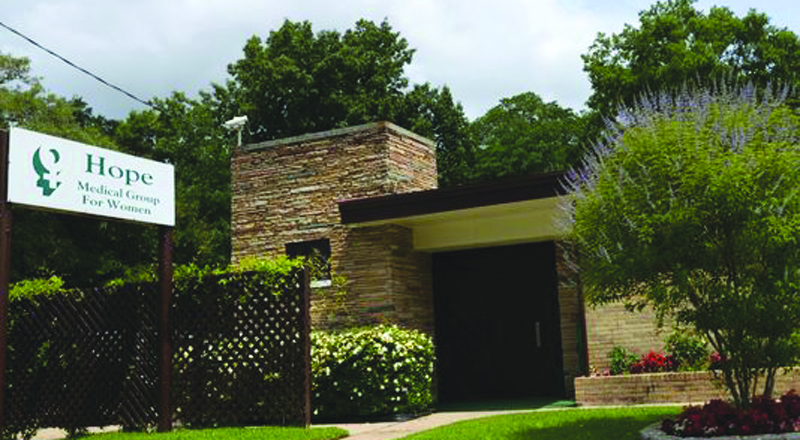 Hope Medical Group for Women, formerly June Medical Services, originally filed the case in 2016 and sought to invalidate most of the state’s health and safety requirements relating to abortion, including those to ensure informed consent, provide for the reporting of accurate data on abortion complications, require compliance with the sanitary code and require abortion clinic medical staff to meet basic qualifications for competency.

The U.S. Fifth Circuit of Appeals reviewed the case in October and called into question both the plaintiffs’ standing to bring the challenge the “cumulative effects” theory they argued. The case had returned to the U.S. Middle District Court in Baton Rouge when it was dismissed, and last week Hope Medical Services and the physicians who perform abortions dropped their challenge to the lawsuit.

“The abortion industry’s voluntary dismissal of their radical lawsuit aimed at dismantling nearly every one of Louisiana’s health and safety requirements related to abortion is further evidence that the Supreme Court’s decision in June Medical Services vs. Russo crippled their long-term pro-abortion goal of dismantling every pro-life law in America,” Benjamin Clapper, executive director of Louisiana Right to Life, said in a statement. “While our admitting privileges law should have been upheld, Louisiana regained ground for the pro-life cause at the Supreme Court through Justice Roberts’ gutting of Whole Women’s Health v. Hellerstedt.

“Without Louisiana Attorney General Jeff Landry and Louisiana Solicitor General Liz Murrill’s persistence in defending the state’s pro-life laws, this dismissal would not have come to pass,” he continued. “We applaud their dedication and expertise and look forward to more victories for women and unborn children in Louisiana.”

Landry called the actions by Hope Medical Group and the physicians who perform abortions a victory for women in the state.

“I congratulate Solicitor Liz Murrill and her team for yet another win in our efforts to protect Louisiana women and girls from unsafe conditions in abortion clinics,” Landry said. “But our fight is not over; Louisiana’s incompetent and unsafe abortion providers should not be permitted to challenge the health and safety standards that our duly-elected Legislature enacts in order to protect women from these very same providers.

“In June Medical v. Russo earlier this year, the Supreme Court made it very clear that such broad attacks on the states’ ability to regulate abortion, ensure informed consent, and require basic sanitary conditions be met will fail,” Landry said. “My office and I will not waver in defense of our state’s pro-woman and pro-life laws; and we will continue to do all that we legally can to protect Louisiana women.”

By Will Hall, Baptist Message executive editor ALEXANDRIA, La. (LBM) – It’s a presidential election year, Louisiana has suffered another devastating natural disaster, and as Yogi Berra has said, “It's déjà vu all over again." In 2016, presidential candidate Donald Trump came to Louisiana just days after the … END_OF_DOCUMENT_TOKEN_TO_BE_REPLACED