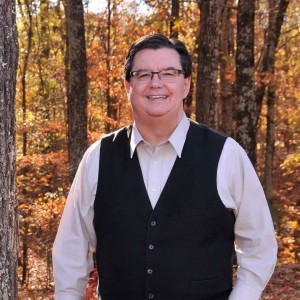 “This is for Allah!” shouted the assailants as seven people were killed on London Bridge and the Borough Market with 48 other people injured. Three attackers were shot dead during their rampage of indiscriminately stabbing people. This deadly incident follows on the heels of the May 22nd act of Islamic terrorism at Manchester Arena.

Today, key leaders around the world exhibit emotionally disjointed thinking in dealing with the threat of ISIS and radical Islamic terrorism. Without clear objectives by national leaders, their subordinates find it difficult to organize priorities in the war on terror.

WHAT WOULD WINSTON DO?

Winston Churchill would have never allowed Nazi soldiers to casually fly in and out of London’s Croydon, Gatwick, and Heathrow airports in the throes of WWII. Yet, the recent suicide bomber in Manchester, England, was free as a feral pigeon flying back-and-forth from the Middle East despite being on a terror watch list. This lack of strategic action is criminal and 22 Brits, many of them children, are dead. After their deaths, grieving families were subjected to the dead bodies of their loved ones being warehoused for examination. Yet, who is examining the minds and hearts of government officials and their dangerous thinking which played a role in the killer being allowed into a jam-packed pop concert?

Our lack of critical thinking in fighting Islamic terrorism has imperiled us because few government leaders around the world have taken the time to read thick, old musty books on the history of the Middle East.

When you study the life of Mohammed, you come to see that two different men appear on the stage of human history. You discover that the Prophet preached his religion in Mecca for 13 years resulting in only 150 Arabs  – many of them family members –  converting to his new Abrahamic religion. He realized that winning just 10-12 people a year was not going to be very successful compared to the grandeur of his vision and the graying of his beard.

His Meccan years gave Islam the true religion of peace with Koranic verses to undergird this new monotheism. However, the pure religion of the Prophet was unsuccessful in the eyes of its founder.

A new Mohammed arises as he migrates to Medina! He becomes a politician, warlord, and preacher. History would record over 10,000 converts a year to Islam in the final chapter of his life and multiplied more after his death. His new military practice of jihad (holy war), the new legal codes of Sharia governing the Kafir (non-Muslims), and caravans of new monies coming into his Medina war chest finally brought earthly success.

Since you now have the Meccan Mohammed and the Medinan Mohammed – history soon has two Korans. This gives Islam a dualistic nature since the later division of the Koran is more political and violent.

However, the code to understanding the contradiction between the earlier and later Koranic verses is: the latter verse(s) are always superior and abrogate (nullifies) the earlier verse(s). Therefore, two seemingly contradicting statements can both be true in Islamic dualistic logic. The Kafir can be treated two different ways for two different outcomes since Islam is a dualistic ethical system per Dr. Bill Warner of the Center for the Study of Political Islam.

With this understanding, we can find many Muslims today with a history of peace because their tradition finds its roots in the earlier Meccan verses. Conversely, we find Muslims with gradations of views justifying violence, especially those who have religious and political convictions that the object of jihad is to bring the entire world under submission to Allah.

Both traditions may see themselves as orthodox. Consequently, you may have two Islamic leaders speaking on a television talk show and listeners are confused by competing conversations of the same religion.

Sadly, this is the very reason many Muslims die violet deaths at the hands of other Muslims armed with more extreme interpretations of the Koran, the Sira, and the Hadith which can be called the Trilogy.  Please read these words from President Trump’s recent speech in Saudi Arabia:

“America has suffered repeated barbaric attacks — from the atrocities of September 11th to the devastation of the Boston Bombing, to the horrible killings in San Bernardino and Orlando.

“The nations of Europe have also endured unspeakable horror. So too have the nations of Africa and even South America. India, Russia, China, and Australia have been victims.

“But, in sheer numbers, the deadliest toll has been exacted on the innocent people of Arab, Muslim, and Middle Eastern nations. They have borne the brunt of the killings and the worst of the destruction in this wave of fanatical violence.

“Some estimates hold that more than 95 percent of the victims of terrorism are themselves Muslim (emphasis added).”

The world can no longer afford government leaders who have all the right words to say on television after a major act of radical Islamic terrorism but who lack the will and spine to make the toughest of decisions and actions behind the scenes before their innocent citizens are slaughtered in the streets.

By Joe McKeever Freely you have received; freely give. (Matthew 10:8) JACKSON, Miss. (BP) -- Dr. Watson was complimenting Sherlock Holmes on a brilliant observation no one else had noticed. "Of course," Holmes remarked. "It's what I do." Forgiveness and grace -- that's what we believers do. Here is … END_OF_DOCUMENT_TOKEN_TO_BE_REPLACED