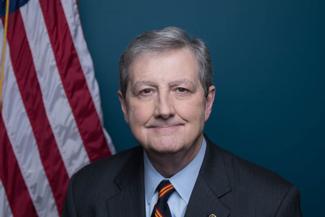 From Virginia Gov. Ralph Northam’s endorsement of infanticide to New York’s new law promoting late-term abortions, the left continues to lead us down a crazy, morally bankrupt path.  They want to deny what we know is undeniably true: Human life is precious from the moment it’s created in the hands of God.

I voted for the Born-Alive Abortion Survivors Protection Act in the U.S. Senate a few weeks ago because it offered a basic level of medical care to newborns who survive abortions.  Compassion and caring are the pillars of a Christian life but also of basic human decency.  If you’re hungry, we feed you.  If you’re cold, we clothe you.  If you’re an innocent baby who survives a botched abortion, then we should tend to you instead of abandoning you.

As appalling as it is to acknowledge, failed abortions aren’t an anomaly.  The Centers for Disease Control and Prevention (CDC) reported that between 2003 and 2014 at least 143 babies died after being born alive during attempted abortions. The CDC also says this number is likely underestimated.

These survivors’ lives shouldn’t end at the abortion clinic because medical treatment is denied to them.  Melissa Ohden survived an abortion and today is a pro-life advocate.  Gianna Jessen was born alive during an abortion by saline. She was transported to a hospital where she received life-saving medical care. Today she is a pro-life advocate. Melissa, Gianna and others are the babies who nearly died at the hands of abortionists but are now providing a voice for the voiceless.

Gov. Northam’s words were disgusting and awful, but it’s worth noting that he did correctly refer to a newborn as an “infant.” No matter what kind of twisted rhetoric liberals may use to describe an unborn child, there isn’t much else to call a living baby other than an infant.  Living babies cry to be fed and to be held.

My colleagues in the U.S. Senate couldn’t – or wouldn’t – acknowledge that we were talking about living, newborn infants.  If Gov. Northam could even admit we are talking about an “infant,” why couldn’t they?  If they had, they never would have voted against the Born-Alive Act.

The Born-Alive Act didn’t aim to change abortion laws or restrict abortions.  That’s a fight we will never stop waging, but this was a much simpler vote for the liberals.  All the Born-Alive Act set out to do was to protect the vulnerable survivors of attempted abortions.  There was no reason for the legislation to fail.  Yet it did.

Right now we are seeing a concentrated push at the state level to expand abortion.  New York now allows women to get an abortion all the way to full term, and Virginia tried passing a similar bill.  These laws are a reflection of the moral decay of the left.

I’m angry that the U.S. Senate couldn’t muster up enough courage to protect living babies who survive abortions. But laws like the one in New York and comments like Gov. Northam’s vividly demonstrate what we already knew: Pro-abortion groups and their activists don’t value life, born or unborn, and are intent on bolstering state-level abortion laws in case Roe v. Wade is challenged in the Supreme Court.

Those little lives can’t speak for themselves.  It’s up to us to keep fighting at all levels of government, in our schools, churches and homes, to ensure that every child made in God’s image—born or unborn—has a right to life and a right to live.

By Lane Corley MADISONVILLE, La. - Three years ago, our family was going through one of those down seasons in the ups and downs of life. My mental focus and physical health was declining. I was discouraged and struggling mentally and emotionally. I knew I needed to change a few habits. As part of a recovery … END_OF_DOCUMENT_TOKEN_TO_BE_REPLACED