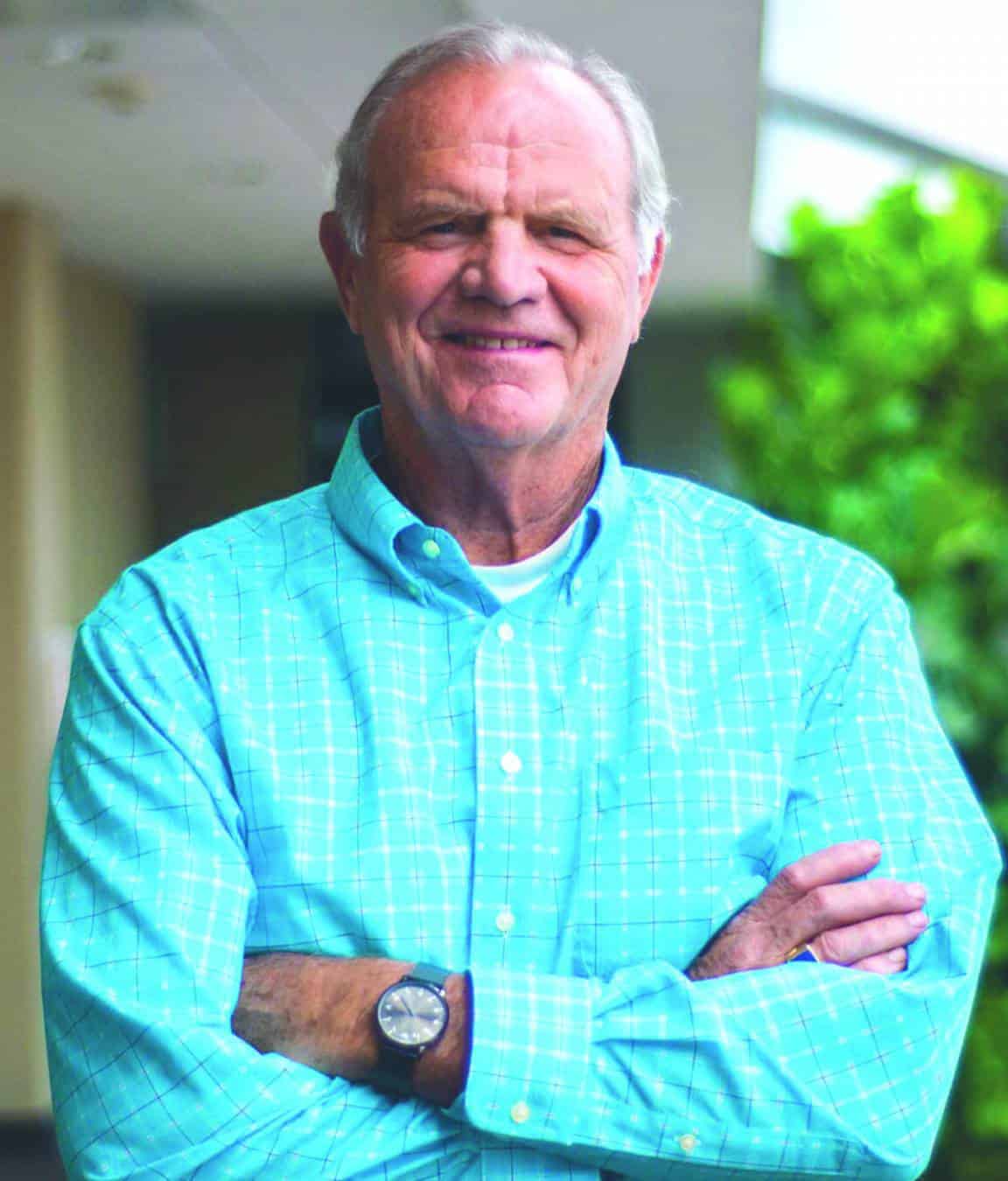 “Some interested Southern Baptist pastors and leaders have been thinking together for several weeks about whom God might raise up to follow Dr. Steve Gaines as our SBC president,” said David Hankins, executive director of the Louisiana Baptist Convention. “We desire to elect a man who is a Southern Baptist through and through, values our understanding of the Gospel, and, has an established record of affirming the cooperative work of our local churches through the associations, state conventions and national entities.

“We sought Ken out because of his record in these areas as well as his impeccable character, remarkable breadth of experience in Southern Baptist life, passion for missions and evangelism, and an active ministry of re-vitalization to pastors and churches.”

Numerous others added their endorsements in emails to the Baptist Message, including Richard Land, president of Southern Evangelical Seminary in Charlotte, N.C., and president emeritus of the SBC Ethics and Religious Liberty Commission.

“He has championed the local church and has challenged Southern Baptists to fulfill the Great Commission,” he continued. “I believe that Dr. Hemphill’s entire ministry until now has been used by God to prepare him to serve as our Convention president at this propitious moment.”

“Dr. Hemphill’s passion for the local church, for personal evangelism, and for intentional and careful cultural engagement is a model for all of us,” he said. “His desire for discipleship is exemplary, as is his love for cooperative missions. I am grateful for his willingness to extend his lifelong service to us in this way.”

Alex McFarland, a conservative apologist who heads the Christian Worldview Center at NGU and is a radio co-host for American Family Radio, called Hemphill “an internationally respected ambassador for Christ.”

“If the Lord puts Dr. Hemphill in this position,” he continued, “I am certain that it will mean great things for the future of the SBC, as we all work together to fulfill the Great Commission.”

Hemphill has a notable record of commitment to Southern Baptists, having served as president of Southwestern Seminary in Fort Worth, Texas, as well as in leadership roles with the North American Mission Board, the SBC Executive Committee and North Greenville University.

He is a member of the First Baptist Church in Hendersonville, N.C., where Steve Scoggins is pastor.

According to the latest information entered in the Annual Church Profile database, FBCH has averaged giving more than 11 percent through the Cooperative Program each year over the last 20 years.

ACP records show the congregation has been consistently strong in its support of these two mission offerings for at least 20 years, averaging $110,103 (LMCO) and $36,779 (AAEO) in annual gifts for two decades.

Hemphill confirmed to the Baptist Message that he did not seek the nomination but was approached by a number of Southern Baptists who are concerned about the direction of the Convention, and asked that he allow his name to be placed before the Convention for consideration.

Hemphill was emphatic that his entry into the race was driven by his love for Southern Baptists and their shared ministries which have been instrumental to SBC churches in sharing the Gospel across the nation and abroad.

“I am committed to allocating our mission forces for maximum effect … preaching an authentic Gospel … and planting biblical churches,” he said, adding that he has been committed to the Cooperative Program for a lifetime, “because it demands Kingdom thinking, and does not demand credit or control.”

Kie Bowman, pastor of Hyde Park Baptist Church in Austin, Texas, said he admired Hemphill and enthusiastically supported him. “Ken is a Southern Baptist leader with perspectives about our denomination drawn from years of experience at almost every level of involvement possible.

“He grew and led a mega church, served as president of one of our seminaries, led the way in developing materials for church revitalization through our agencies, has consistently and enthusiastically supported missions through the Cooperative Program, and has preached in churches of all sizes throughout our Convention,” Bowman said. “Southern Baptists have a friend we can trust to lead us in Ken Hemphill and I pray he becomes our next SBC President.”

Eric Hankins, pastor of the First Baptist Church in Fairhope, Ala., described the coming election as occurring “during a critical moment in our denominational history.”

“We need a leader with an absolute commitment to the Southern Baptist core conviction concerning the Gospel’s unlimited power and unlimited scope,” Hankins said. “Dr. Hemphill has demonstrated just such commitment as a pastor, as a denominational leader, and as a scholar, and this positions him perfectly to call us to a renewed focus on the tradition that has sustained our Kingdom effectiveness for so long.

“God has given Dr. Ken Hemphill a brilliant mind, a pure heart, a passion for souls, and a clear vision to make Southern Baptists great again,” said Rick Patrick, pastor of the First Baptist Church in Sylacauga, Ala. He described Hemphill as “an experienced leader exemplifying integrity and statesmanship, who will lead our churches to grow and keep us laser-focused on evangelism.”

John Yeats, executive director of the Missouri Baptist Convention, added his endorsement of Hemphill as “the consummate Southern Baptist statesman.”

Citing Hemphill’s extensive Southern Baptist background, he said Hemphill “sees the big picture of who Southern Baptists are” with regard to reaching “all kinds of people in every context.”

“We are excited that, after much prayer and deliberation, Ken and Paula have agreed to allow his name to be placed in nomination for SBC President,” David Hankins said on behalf of the endorsing group. “I am looking forward to voting for him in Dallas.”

By Joe McKeever “‘…your ways are not my ways,’ saith the Lord.”  (Isaiah 55:8) Keep an eye on how the Lord works in your life. You might learn something useful for the next time He wants to use you. This little couplet seems to sum up 90 percent of what Scripture and life teach us concerning the operation … END_OF_DOCUMENT_TOKEN_TO_BE_REPLACED