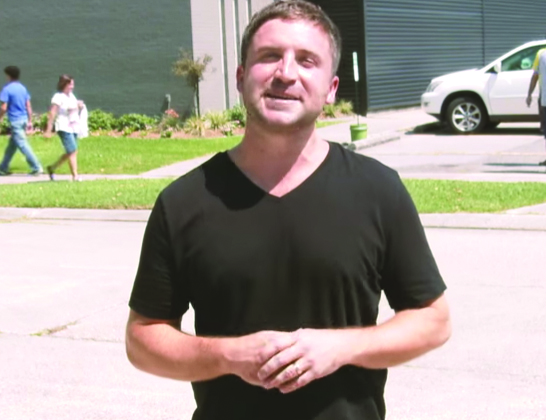 METAIRIE – A judge declined to issue a preliminary injunction Dec. 22 against the Jefferson Parish Sheriff’s Office and Jefferson Parish over a dispute regarding sound levels during Sunday worship service conducted by Vintage Church.

The church which is temporarily meeting in a tent filed a lawsuit accusing Jefferson Parish Sheriff Newell Normand and his officers of intimidation tactics in an attempt to shut down weekly worship services because of noise complaints by a sing individual, and the suit also described the noise level ordinances as flawed.

The Liberty Institute, a non-profit law firm which focuses on religious liberty issues, plans to appeal the ruling immediately.

“We have already begun working toward an appeal and we are optimistic we will prevail in the end,” said Justin Butterfield, senior counsel for Liberty Institute.

“We respectfully disagree with the court’s decision,” said Butterfield, “because as the parish official acknowledged, this ruling could lead to pastors being arrested or the church being shut down. That is unquestionably a substantial burden on the church’s religious freedom.”

The tent, erected in August, is intended to be a short term arrangement while the congregation expands attendance capacity in its permanent building – a project estimated to take nine or 10 months to complete.

Vintage Church, a growing church plant started in 2008, merged with the former Highland Baptist Church, original owners of the property, in 2010.

“We are saddened by this ruling but I’m extremely hopeful moving forward that our appeal will succeed,” said Pastor Rob Wilton.

Lisa Caracci, who lives next door to the church, filed a noise complaint saying the church is not being considerate by allowing musicians to warm up as early as 7 a.m. Sundays and claims she is not along in opposing the noise levels coming from the tent.

“We have this really quiet little street and we had never had an issue with this church until the tent came,” said Caracci. “The 911 calls will show that it’s not just me.”

Wilton said the church has been trying to be a good neighbor by hiring technicians to ensure sound levels would not exceed 60 decibels, the limit being imposed on the church which equates to the noise of a running dishwasher, and by moving to acoustical guitars with no amplifications.

The phone complaints, though, have continued along with the constant visits from the sheriff’s office.

By Lane Corley MADISONVILLE, La. - In Luke 15, Jesus gives us a glimpse of the Father’s heart for the lost. 1. Those far from God liked Jesus and he liked them (verse 1). Is that true of me? When was the last time someone far from God approached me? Am I available to them? Building relationships with … END_OF_DOCUMENT_TOKEN_TO_BE_REPLACED