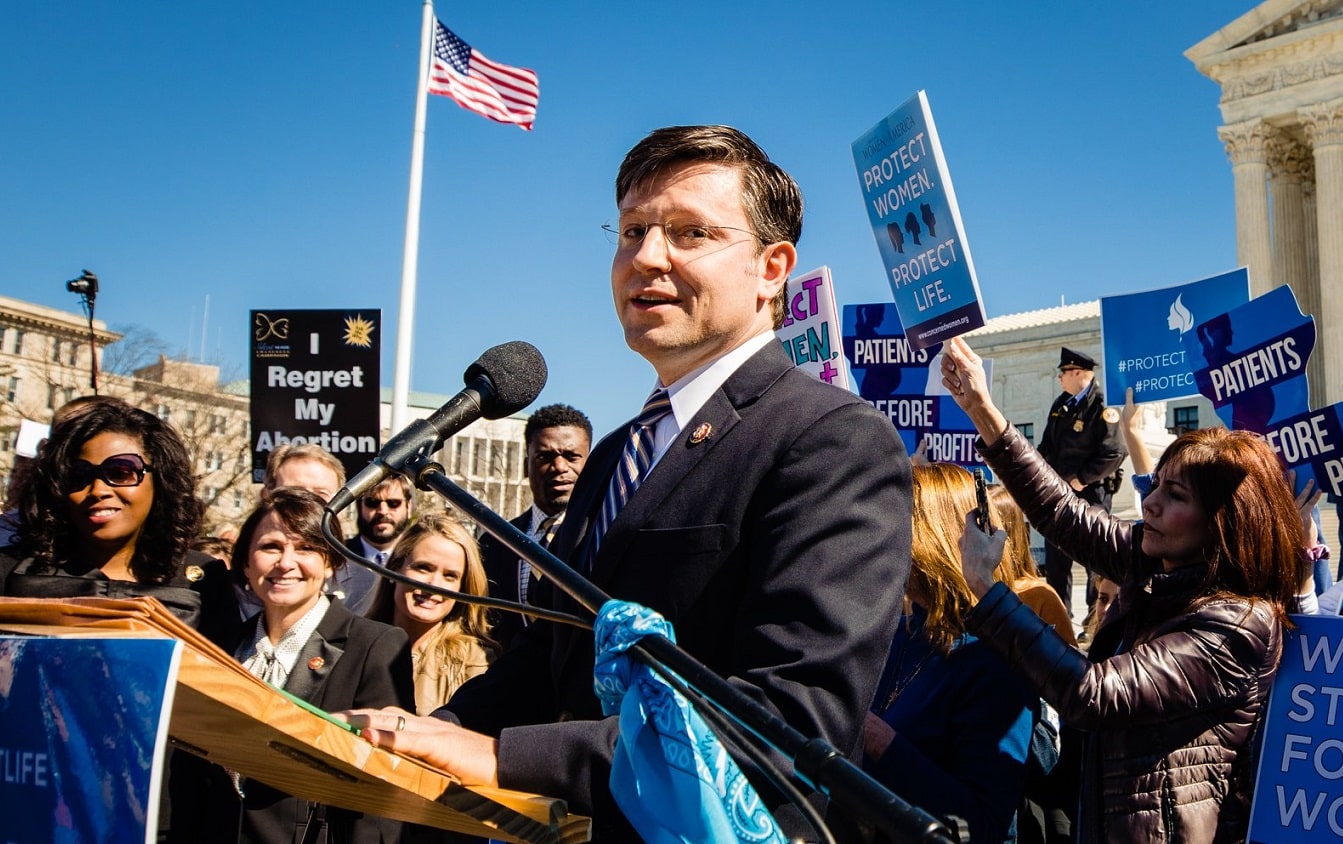 In March 2020, Congressman Mike Johnson, in front of the Supreme Court Building, said every American “should be deeply troubled” by the SCOTUS decision to strike down the Louisiana law that attempted to protect women involved in botched abortions. File photo

The Oath Act, History and Tradition Protection Act, and the Child Interstate Abortion Notification Act are each crafted to correct current legislation:

— the Oath Act would require all witnesses who appear before any committee of the U.S. House to be formally sworn in using the standard courtroom oath before being allowed to testify;

— the History and Tradition Protection Act would abolish the award of monetary damages and attorneys’ fees in Establishment Clause cases involving religious symbols, words, imagery and expressions in monuments, public buildings, official seals and flags or by any deliberative body; and

— the Child Interstate Abortion Notification Act would make it a crime to knowingly transport a minor across state lines to obtain an abortion without satisfying parental involvement law in the minor’s state of residence. Physicians would also be required to comply with parental notification laws.

Johnson said the Oath Act was needed because some House committees release witnesses from legal consequences for false testimony before Congress. “Earlier this year, Democrats blocked this simple amendment to our Judiciary Committee Rules, even though several other House committees already have this requirement,” he said.

He also lamented the fact that “leftist organizations” have been able to contest religious symbols and expression in the public square “and they have been incentivized to do so by the prospect of large attorney fee awards.

“My bill removes the perverse financial incentive for these groups and their lawyers to advance their radical agenda, which will help us preserve what’s left of our religious heritage and cherished national traditions,” Johnson explained.

“Since the Biden Administration has taken actions to expand abortion in America, it is the responsibility of Congress to defend the unborn,” Johnson said regarding his Child Interstate Abortion Notification Act. “This bill will help protect minors from any attempts to circumvent parental notification or consent laws.”

Johnson is rated 100 percent by the National Right to Life Committee on sanctity of life and other family issues.

By Don F. Mabry ALEXANDRIA, La. (LBM)-- The number of churches in our country constantly is changing and it is very difficult to acquire information from the various denominations, but estimates indicate that there are 330,000 Christian churches and congregations in the United States today. But the question … END_OF_DOCUMENT_TOKEN_TO_BE_REPLACED