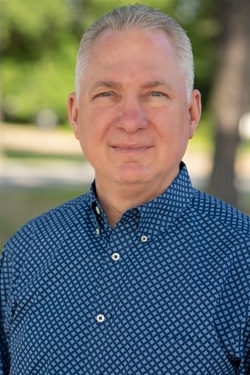 Tiger Woods is arguably the greatest golfer of all time. He had a meteoric rise to fame, success, and wealth. For 683 weeks he was the number one golfer in the world.

Then life crashed in around him. He was caught in scandal. His wife left him. He suffered a string of injuries that necessitated multiple surgeries including four on his back. Some wondered if he would ever walk again, much less compete in golf.

He fell out of the top 1,000 golfers in the world. For eleven years he failed to win a single major tournament. His career was as good as dead.

He teed it up against the world’s best at the Masters. In a fairytale-like ending he came from behind to win his fifth green jacket—22 years after he won his first. Most sports commentators say that this is the greatest comeback in all of sports history.

But, let me be clear, as great as is Tiger’s redemption story, there is a greater comeback story than that.

And it happened on a Sunday morning too!

It is the story of Jesus — once dead now raised to life! Now that’s a comeback story for the ages!

I couldn’t agree more. Redemption is the greatest storyline in sports and life! And Jesus’ resurrection makes possible our redemption!

Jeff Ginn is senior pastor at Istrouma Baptist Church in Baton Rouge. This editorial first appeared on his Facebook page.

By Steve Horn ALEXANDRIA, La. (LBC) - This year has brought about more challenges and cancellations than any of us care to recount. For those meetings and events that were scheduled, more times than not, they happened virtually rather than in person. This has been true for us as Louisiana … END_OF_DOCUMENT_TOKEN_TO_BE_REPLACED