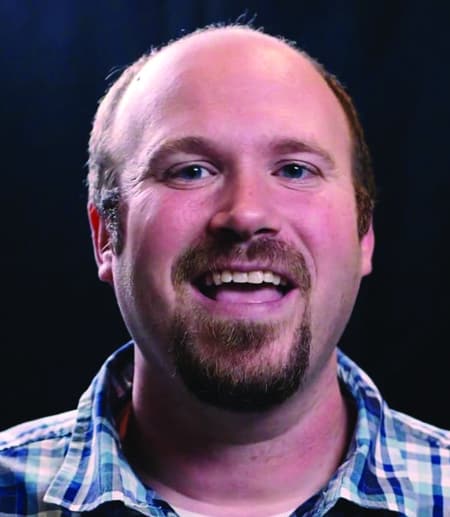 I am proud and thankful to be a Louisiana Baptist. As the pastor of Pineville Park Baptist Church, I do not pastor one of the larger churches in our state. While this is true, I have been pleased to learn firsthand that every Louisiana Baptist can have a voice.

I have been concerned with the amount of politicking that feels so pervasive in our state convention right now regarding the upcoming SBC presidential election.

I have also felt that the Louisiana Baptist Message has been one-sided in its coverage concerning the candidates participating in this event. Others have expressed those same concerns. It has been my experience as a pastor that I much prefer an individual coming to me with an issue rather than speaking with everyone else first, so I sought to do the same.

As Louisiana Baptists, we have the opportunity to address our concerns through the trustee system of our various state Baptist entities and to speak directly with the heads of those organizations. In the last week, I have had the opportunity to address these matters with the board of the Louisiana Baptist Message and Will Hall. Without exception, every board member has been incredibly kind and has listened to those concerns.

I have found Will Hall to be a friendly, approachable man. I am especially thankful to him for his willingness to listen to a different viewpoint.

At his invitation, I am writing this opinion piece to give a different perspective than what you may have read or heard recently.

I support J.D. Greear for President of the Southern Baptist Convention.

As I recall, it was in 2009 that I went to the first ever Advance the Church Conference in Raleigh, NC. I was a student at SEBTS and was pastoring a church plant in Goldsboro, NC.

Like many other young pastors, I was questioning where God would have me serve after seminary. Advance the Church is a conference usually centered on church planting.

I still have my notes from J.D.’s message that day. It was entitled, “Church Planting is for Wimps: Revitalize a Church.”

Before anyone uses this as more fodder to paint J.D. as “other,” he admitted that his title was a little bit tongue in cheek. Greear acknowledged church planting is incredibly hard, but his message was a call for young pastors to prayerfully seek whether God would have them step in and pastor one of our many hurting existing churches. You know the churches I am talking about: the many thousands of our churches in decline.

His message was a call to young pastors to love those churches. It was a call to be willing to plant your life there. It was just one of the things God used in that last year of seminary to set me on the current trajectory of my life. After leaving seminary, I pastored a 125 year old Baptist Church in Texas, and I am currently pastoring a church that has its own history of ups and downs.

Please let me tell you where my support is not coming from.

NOT A J.D. GREEAR FANBOY

I am not “young, restless, and reformed” (this would not describe most “reformed” pastors I know). I am not a J.D. Greear fanboy who thinks J.D. can do no wrong and is perfect in all of his ways.

To be completely honest, I don’t agree 100% with anyone. J.D. has shared that he believes a missiological starting point with Muslims might be to use the words Allah and God interchangeably.

On his personal blog he states, “This is not the same as saying that Muslims are really “proto-Christians” or that becoming a Muslim is like a “first step to becoming a Christian” or that Christians are “completed Muslims” or anything like that.”

He further states, “We are certainly not saying that Muslims have an alternate way of getting to heaven outside of faith in Jesus Christ, God’s only Son.”

I don’t agree with him on this particular issue of mission methodology; however, I wholeheartedly agree with him that Jesus Christ is the only way to salvation.

The ironic thing is, I believe many who are complaining about his methods of sharing the Christian faith with Muslims and using it as an opportunity to paint him as “a strange outsider” could not tell you that they have ever shared the Gospel with a Muslim man or woman.

Again, I am using this as an example to demonstrate that I do not agree 100% with everything J.D. has ever said.

GREEAR IS A SOUTHERN BAPTIST

The Summit Church, where J.D. pastors, is a sending church.

They support missions through the Cooperative Program and through sending and equipping every member of their church to go and share the gospel locally and all over the world. He is a good man who cares about the SBC and the churches who make her up.

So I’ve shared why I support J.D.

Let me share with you why I and many others are tired. There has been a lot of effort to paint J.D. Greear as an unacceptable choice. There have been efforts to make him look like “he just isn’t really one of us.”

l “I don’t like his way of sharing the Gospel.”

l “He isn’t a traditionalist!”

The list goes on and on. I am grieved by believers tearing down each other, no matter who they are, and the excessive politicking will continue to push young pastors away from denominational life.

Can we just stop?

As reported in the Baptist Message on April 10, Brad Jurkovich of FBC Bossier interviewed both men.

You can find those interviews at firstbossier.com/sbcpresident. Watch both men answer questions and speak in their own words.

Believe Greear will be next SBC President

I believe J.D. will become our next Southern Baptist Convention President in June. If that happens, my prayer is that those in our Louisiana Baptist leadership who have so staunchly thrown their weight behind the other candidate will reach out to J.D. and use their same collective strength to cooperate with all Southern Baptists for the sake of the Gospel.

That is what I plan on doing if Dr. Ken Hemphill wins.

We have a lot of work to do together.

Paul warned the church at Galatia by saying, “But if you bite and devour one another, watch out that you are not consumed by one another.”

Let us not alienate any brother or sister. Let us work together to see all of Louisiana come to know Christ.

By Stewart Holloway PINEVILLE, La. - I’ve heard people say, “If that doesn’t light your fire, your wood is wet.” I would say that about yesterday. It’s been a while since I had a 15 1/2 hour Sunday and was so jazzed when I got home that it was hard to come down. But yesterday was that. First, we had baptisms … END_OF_DOCUMENT_TOKEN_TO_BE_REPLACED