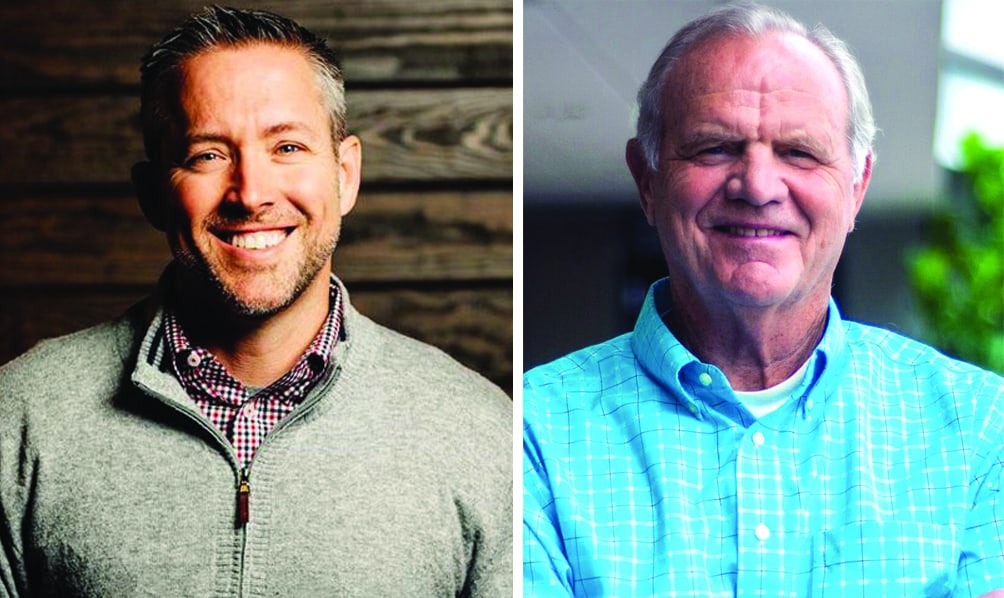 ALEXANDRIA (LBM) – The Southern Baptist Convention is defined by the voluntary cooperation of more than 46,000 congregations for the sake of sharing the Gospel with the lost in local areas, states, the nation and around the world.

There are a number of ways to measure cooperation, including commitment of resources as well as service together. Meanwhile, the ultimate measurement of effectiveness of sharing the Gospel is winning souls.

The Baptist Message has compiled information about the churches of Ken Hemphill and J.D. Greear from the Southern Baptist Convention’s records of data submitted by the churches via Annual Church Profile surveys. 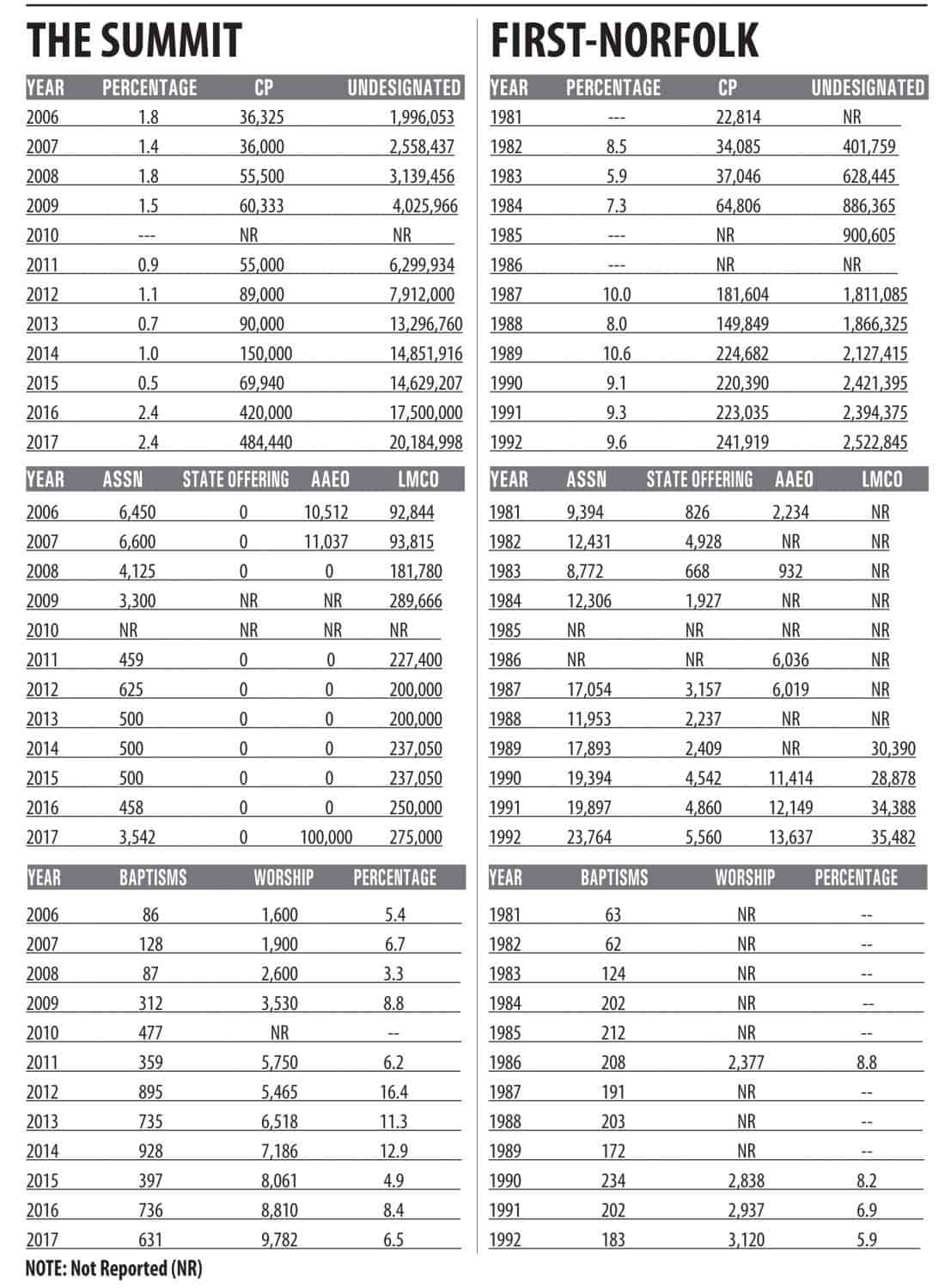 But, to provide a more appropriate comparison of leadership, in this article we are including data for the First Baptist Church in Norfolk, Virginia, where Hemphill last served as a pastor. He served there 12 years, so we include 12 years of history for both FBCN and The Summit Church in Durham, North Carolina, led by J.D. Greear, for a consistent basis of comparison.

As for service to Southern Baptists, in addition to pastorates, the following information was drawn from the official bio for Hemphill:

Greear’s bio, on The Summit Church website does not list denominational service. However, researching materials on the Baptist Press and other sources, the Baptist Message found the following information:

Greear also was an early member of the Acts 29 Network, described by Christianity Today as “reformed in their theological approach” and “a part of a larger tribe, The Gospel Coalition” [another Reformed network]. Neither Acts 29 or TGC are affiliated with the SBC, but both include a number of Southern Baptist leaders and attract a number of Southern Baptists to their membership. Greear is active with TGC as a speaker.

By Chuck Kelley Rarely does Hollywood contact a Southern Baptist seminary, but rarely is not never. One day location scouts for a major motion picture to be filmed in New Orleans called NOBTS and asked to tour the campus. They were looking for a place that with a bit of movie magic could be made to look like the … END_OF_DOCUMENT_TOKEN_TO_BE_REPLACED