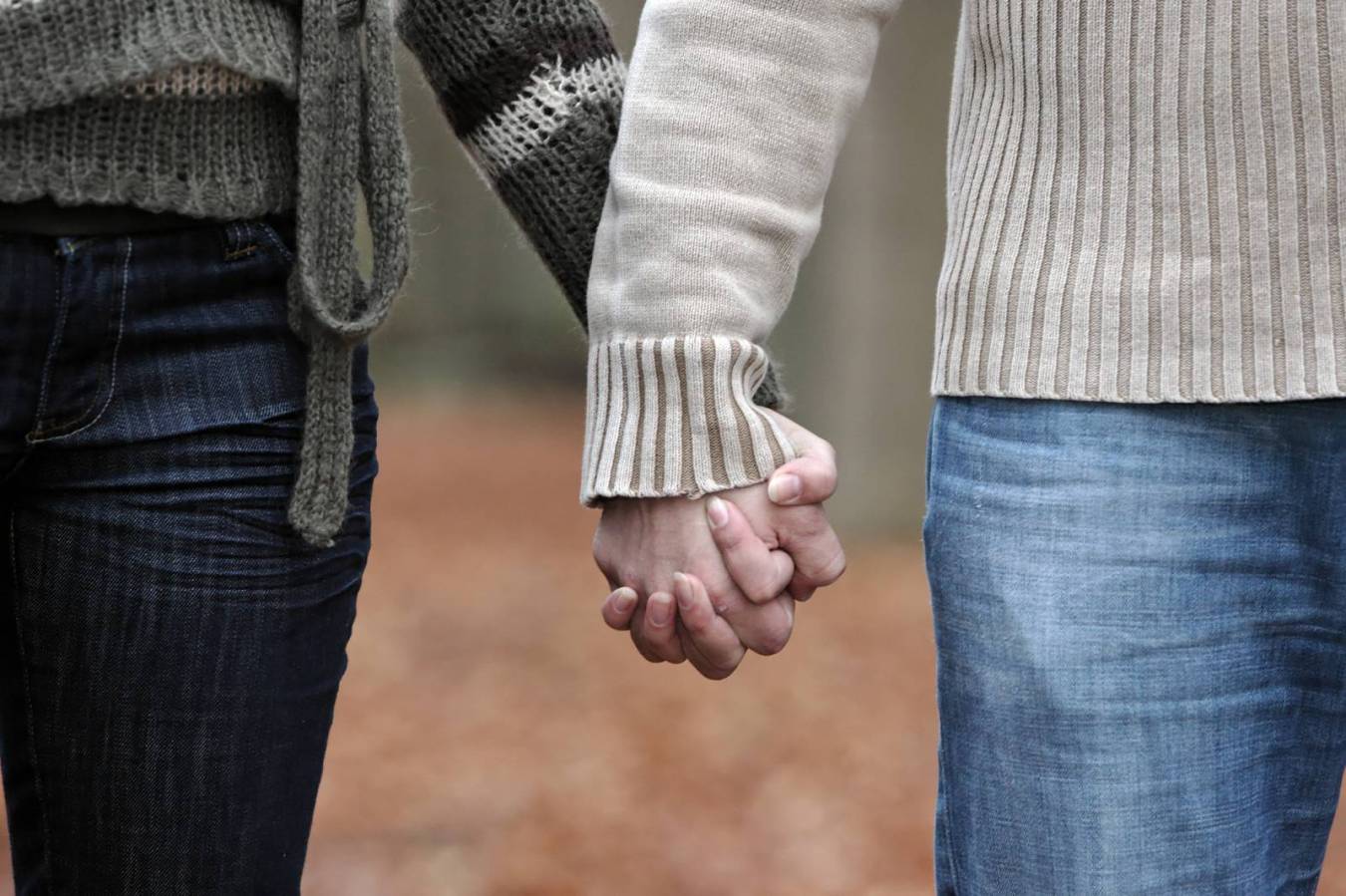 NASHVILLE (BP) – Amid news of men, women and families being thrust into the shadow of the Ashley Madison adultery website hacking, Baptist Press asked the wives of a few longtime Southern Baptist leaders how Christian wives can feel safe in their marriages.

Carol Ann Draper, Jodi Chapman and Janet Vines expressed gratitude for their husbands and discussed how the Lord has strengthened their marriages through challenges along the way. Tony Rose, a Kentucky pastor with years of pastoral care experience, also offered some reasons why wives of godly men can feel secure despite today’s adultery-ridden culture.

“The thing that makes me feel secure is first of all just knowing God and knowing that God put us together,” said Draper, whose husband Jimmy Draper was president of the Southern Baptist Convention from 1983-84 and, later, president of LifeWay Christian Resources. “We were 18 and 20 when we married, and so we literally were growing up together and we had no one else to depend on except each other.”

Draper realizes, though, that in many homes the trust has been broken, and in every home Satan wants to plant seeds of doubt. She can recall times when news of divorce or something in the culture was an occasion for her to wonder, “What if?”

“‘What if?’ is always Satan’s territory [to] get me to doubt my faith in God and my trust in my husband,” Draper told BP. “When I begin to doubt as a wife, I think that begins to place a wedge between me and my husband.”

What helped her in those times, Draper said, was that she never had any reason to languish in fear. She recounted a time when a young woman with many problems was seeking frequent counsel from her husband, who was in the pastorate at the time.

“One night I just told him, ‘I’m concerned about her coming so much because I think you’re just infatuated with her attention,'” Carol Ann Draper said. “He said, ‘This will be taken care of and come to an end immediately,’ and it did.”

Draper believes it was simply a case of her husband wanting to encourage a woman who did not have the spiritually mature husband she was seeking, but it helped him realize a pastor doesn’t need to counsel a woman without someone else present.

“Give him a hug, give him a kiss, tell him how wonderful it is that he’s come home — because we can just start taking that for granted, and our first love begins to get tarnished and spotted, and it loses its enthusiasm and its glow,” Draper said.

Prayer provides powerful assurance, she said. “If we women will pray, then God will give us the peace in our hearts of knowing that our man is who we think he is and we won’t be surprised that he is a godly man and that he wouldn’t do something like that,” Draper said.

Chapman, whose husband Morris H. Chapman was SBC president from 1991-92 and subsequently president of the SBC Executive Committee, said there are “always needy women who are drawn to a strong leader.”

“Most preachers are leaders, have strong egos and love being complimented and adored,” Chapman told BP. “When I saw that type of woman hanging around too much, I made my presence known.”

She even confronted a few such women, Chapman said, and warned her husband about them. She made sure to be the one to give him praise and encouragement so he wouldn’t look for it elsewhere, Chapman said.

“But I never doubted my husband’s love, loyalty, commitment and trust,” Chapman said.

Open, mature conversation about boundaries and expectations is an antidote to fear and anxiety, Chapman said, and it’s a good way to build a lifetime of love.

“The husband should put his wife at total ease by showing her he is in love with her and only her,” Chapman said.

Also, wives should spend more time creating the kind of marriages they want than focusing on what they don’t want to happen.

“If you constantly focus on the negative thoughts around your relationship,” Chapman said, “chances are you will keep inadvertently creating negative situations between you and your husband.”

Vines, whose husband Jerry Vines was SBC president from 1989-90 and was the longtime pastor of First Baptist Church in Jacksonville, Fla., said her advice to women is to love and pray for their husbands.

“Be his No. 1 cheerleader. Always be proud of your mate,” Vines told BP. “Assure him of your love. Make time for the love of your life.”

Vines emphasized that no one can control another person’s life.

“You can’t be responsible for choices someone else makes,” she said. “God gives us choices, but we do not have the choice of the consequences. God does. All you can do is to carry your concern to Jesus. You cannot make others do as you wish they would. Christian character is not an inheritance; each person must build it for himself or herself.”

Jesus is the only source of peace, Vines said, and while a mate may provide a temporary fix for insecurity, Jesus never fluctuates.

“Every day I say, ‘Lord, I need your peace, presence, protection and power,'” Vines said. “‘Lord, I can’t make it without you.'”

Rose, pastor of LaGrange Baptist Church in Kentucky since 1993, said if a woman is married to a genuinely godly man, “he will not be without fault, but one thing he would have spent every day of his married life doing is making his wife feel secure,” using Ephesians 5 as a model.

Godliness, though, “is a trait that must have more than subjective evidence. Godliness can be faked,” Rose told BP. “Scripture is plain about ‘having the appearance of godliness but denying its power.'”

Actions — not words — make a wife secure in her marriage, Rose said. Something basic a husband can do to make his wife feel secure in their marriage and in his godly character is to have no secrets, he said.

“Does your wife know your schedule? Does she know all your passwords? Can she pick up your cellphone or look in your email any time she wants to?” Rose said. “A godly man should have no fears or hesitations about such transparency. Secrecy is the tool of the devil.”

Large church pastors often have more staff members and leaders around to hold them accountable, so Rose offered some ideas for small church pastors looking to safeguard their marriages.

“There is no biblical requirement that a pastor ‘work’ from the church building,” Rose said, noting there are ways to avoid being alone at the church with a church secretary.

“Under good counsel, and with your wife’s help, set your standards before you ever have your first pastoral position,” Rose said. “Doing this shows your wife and the church where your priorities are.”

Pastors can learn to use their calendars as their friends and protectors, Rose said.

“I don’t mean to be irreverent, but people will submit to a calendar before they will submit to the Bible,” Rose said. “If you will stay ahead in your calendar planning, you can place your necessary appointments at the same times your church secretary will be working in the building.

“If you plan your family times, specific times with your wife, your prayer and study times two weeks in advance, when someone calls and says, ‘Can I come see you in 45 minutes?’ you reply, ‘I am sorry. I already have an appointment. When can we schedule a time?’

“Almost everyone will submit to the calendar ‘appointment’ without question.”

Beyond that, Rose said “every pastor needs a bit of healthy self-distrust” and should designate a single channel of electronic communication such as a church email address and should give his wife or office manager access to the account.

“I can see no good and have seen bad — very much bad — come from pastors who communicate with women through texting, private messaging on Facebook and other unwise means,” Rose said.

Going to extremes is fine, he said, because “there is nothing silly about Christ’s honor and our marriages.”

By John Hebert, Louisiana Baptist missions and ministry team leader ALEXANDRIA, La. - “By faith Abraham, when he was called, obeyed by going out to a place which he was to receive for an inheritance; and he went out, not knowing where he was going.” (Hebrews 11:8) This verse describes the exercise of faith … END_OF_DOCUMENT_TOKEN_TO_BE_REPLACED