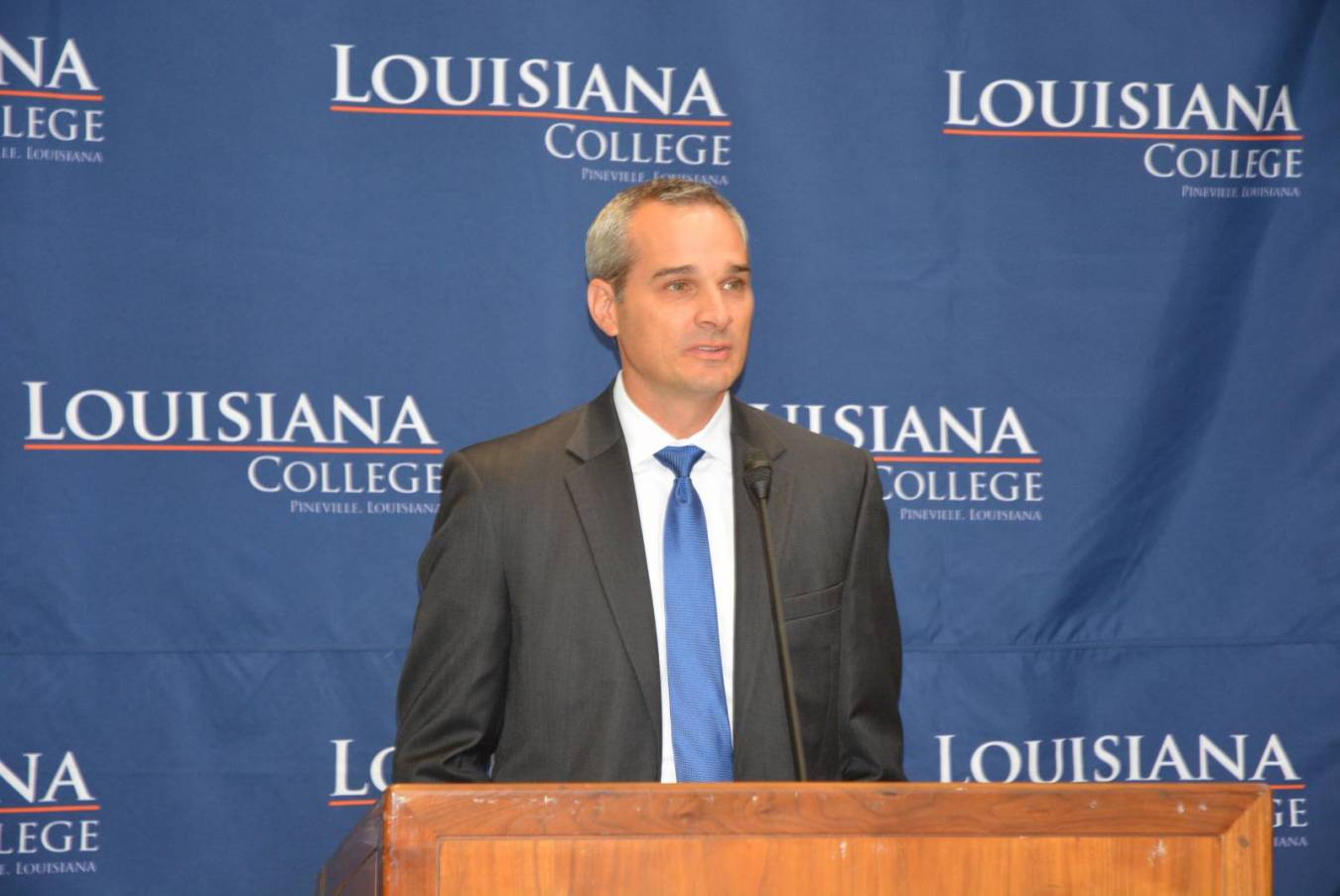 Responding to his new assignment at Louisiana College, Coach Chris Boniol, who was named the Wildcats’ new special teams coordinator and running backs coach, sat down with LCNews and shared his thoughts in the following interview.

“As a kicker in the NFL, I was judged on results only,” Chris Boniol said. “If you miss a big kick, there won’t be much forgiveness from the critics. Jesus Christ, on the contrary, gave us a life-long contract of forgiveness when he died on the cross.”

“Every year there is a new Super Bowl Champion,” he added. “Jesus Christ was crowned our Eternal Champion when he died for our salvation. I pray that others find the same unfailing peace that I have found in Christ.”

LC president Rick Brewer said, “Chris Boniol fits the model of a Louisiana College professional. If you want to talk about relevant, relational and rigorous, then Coach Boniol has to be part of that conversation. Few things are more relevant to college life and the fabric of American culture than football, and Chris Boniol is a football champion at the highest level. Relationally, no one accomplishes what he did as a coach without excellent people skills. And rigorous? Becoming proficient in a full contact sport like football takes more than a mere half-hearted effort.”

“God continues to add his best people to our stellar personnel,” Brewer added. “Coach Boniol has elevated LC’s game on the gridiron before the first whistle of the season has blown. He’s an ‘And.Then.Some.’ kind of guy — giving his best and then some more. I know Coach Boniol will make an impact. He already has.”

By Will Hall, Baptist Message executive editor ALEXANDRIA, La. (LBM) – It’s a presidential election year, Louisiana has suffered another devastating natural disaster, and as Yogi Berra has said, “It's déjà vu all over again." In 2016, presidential candidate Donald Trump came to Louisiana just days after the … END_OF_DOCUMENT_TOKEN_TO_BE_REPLACED