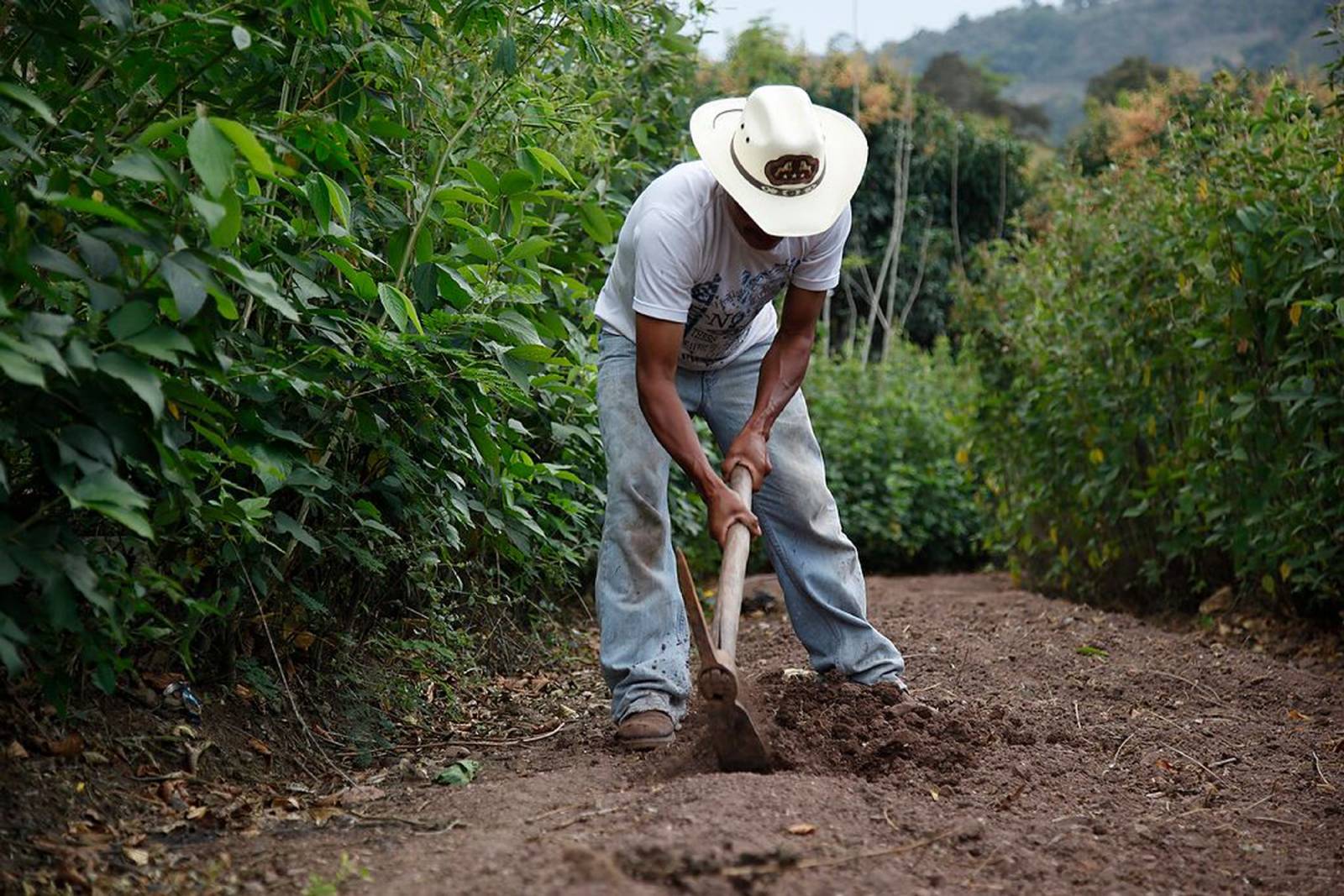 EDITOR’S NOTE: On Global Hunger Sunday, Oct. 11, Southern Baptist congregations addressed the hunger crisis across North America and around the world by receiving special offerings. Donations received are channeled through Global Hunger Relief, which uses 100 percent of each gift to meet hunger needs.

LAS MEDIAS DOS, Honduras (BP) – Lucio, a 23-year-old Chorti farmer, emerges from the hedgerows with a machete in hand. He has been tending his small plot of land in preparation for the next sowing season for corn.

In the past, soil erosion complicated his efforts and made his farm less productive.

“I tilled the soil with a hoe, &#91;and&#93; the soil would roll downhill whenever it rained,” Lucio said. “Now there’s been an improvement with the barriers … because the soil that rolls stops at the barriers. In the past, people didn’t think about this … but it is a big help for the land.”

The “barriers” are hedgerows of nitrogen-fixing legumes, a key component of a farming technique called SALT or Sloping Agricultural Land Technology. Lucio learned the technique while studying at the Chorti Agricultural Development Center in Cabañas, Honduras, a nonprofit center that receives a portion of its funding Global Hunger Relief and Baptist Global Response (BGR).

The Chorti are a Mayan people group living in western Honduras and eastern Guatemala. As a community leader, Lucio also is teaching others in his village about SALT — first developed in the southern Philippines to help subsistence farmers improve crop yield and give their families better lives.

“I brought pictures of the project, and I showed them the improvements seen &#91;at the center&#93; before we started here,” Lucio said. “When I started here … they asked me what it did, whether it produced something good to eat. I told them it was to maintain the soil and to provide nutrients the soil needed.”

With SALT, crop health has improved, providing Lucio’s family and others in the community a better quality of life. The corn no longer needs fertilizer to grow; farming costs are reduced and the harvest is increased.

Thanks to a silo provided provided in part through gifts to Global Hunger Relief, Lucio also has a means of storing the corn. This past season, he harvested 1,200 pounds and sold 600 pounds of corn. He only needs about 200 pounds to feed his family, and the silo allows him to store the remainder to sell at a later time.

“Since there are times when the value of the corn goes up, we can store it when the harvest is good … and sell it when the time is right,” Lucio said.

The young father of two also takes his work as a community leader very seriously.

“I’m training quite a few people,” Lucio said. “As a leader, I must inform the community of projects or things that are of benefit to the community … Some already think there has been an improvement since I started leading.”

By John Hebert, Louisiana Baptist missions and ministry team leader ALEXANDRIA, LA. (LBM)--Do you know what Winston Churchill, Bill Gates, Walt Disney, and Colonel Sanders have in common? It has nothing to do with their fame or notoriety, I would suggest. Instead, it is the trait that I contend was the cause of … END_OF_DOCUMENT_TOKEN_TO_BE_REPLACED