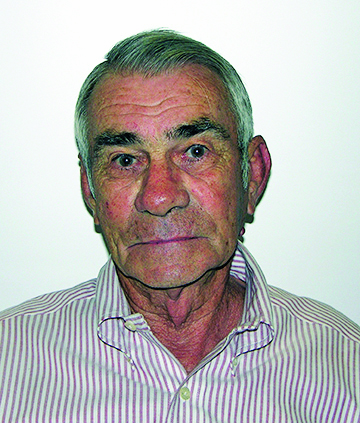 Don Fulkerson died on Tuesday while serving those affected by the flooding in the state. Fulkerson, and his wife, Margie, were serving with other members of the First Baptist Church Galatia Baptist Disaster Relief team in Leesville when he experienced a heart attack.

Attempts by team members and emergency personnel to revive Fulkerson, 77, were unsuccessful.

The team is making the return trip back to Illinois today.

“The callout to Louisiana was Don’s 15th response over a period of only four years and his wife, Margie, was almost always by his side serving whenever the opportunity arose,” said Rex Alexander, disaster relief coordinator for the Illinois Baptist State Association. “Their faithful service to Christ brought great joy to both of them as they served side by side in the ministry of Disaster Relief.”

“Our Illinois Baptist family certainly grieves with and is in prayer for the Fulkerson family, and the entire church family at First Baptist in Galatia,” Adams said. “We appreciate so much Don’s and Margie’s service, along with so many other devoted disaster relief volunteers, and we are confident that Don’s life and sacrifice will bring eternal rewards, both to him and to the lives he touched.”

“We are all saddened by the death of one of our fellow laborers except when the Lord calls them home,” McMillan said. “And in this case it is evident God was ready to bring Bro. Don Fulkerson to his home in Heaven.

“Our prayers are with his family and the other team members who worked beside him in the disaster relief work,” he continued. “I am thankful for every opportunity we have to meet and work with fellow believers from other states. Now we need to pray for the team as they return home.”

By Lane Corley Olive trees produce one of the most desired and sought after fruits around the world. The trees can live for thousands of years. The olive and the olive tree is spoke of in the Bible on numerous occasions. Including a few references to family life, like in Psalms 128:3 – “Your children will be … END_OF_DOCUMENT_TOKEN_TO_BE_REPLACED