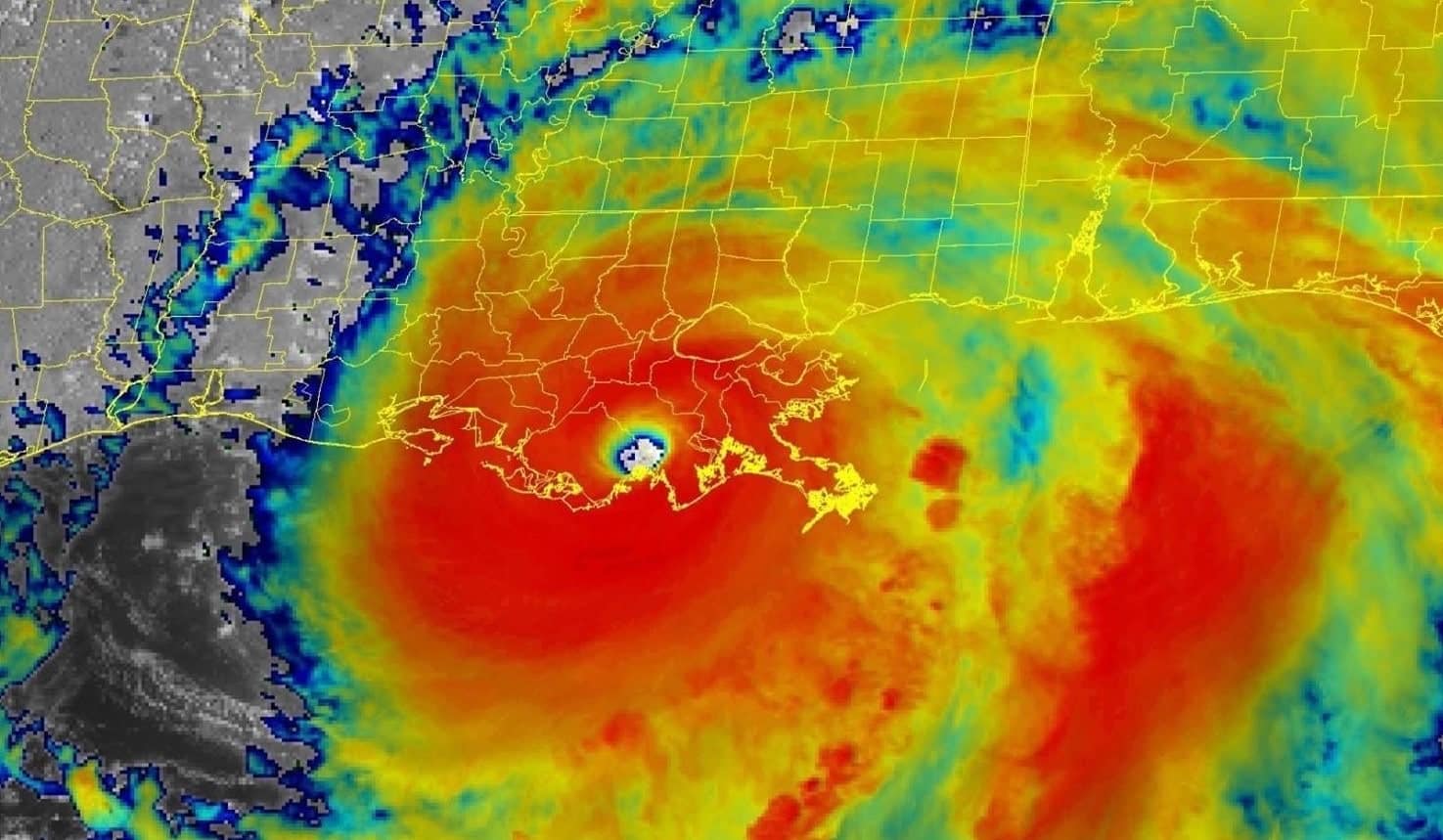 Ida came ashore around 11:55 a.m. with maximum sustained winds of 150 mph, just seven mph short of Category 5 status. The storm made landfall west of Grand Isle Louisiana along the southeastern Louisiana coast near Port Fourchon, according to the National Weather Service.

More than 990,000 Louisiana businesses and homes had no electricity at 10 p.m., according to poweroutage.us, but that number was expected to increase as the storm continues to move across the state. The entire city of New Orleans had no power Sunday evening due to “catastrophic damage,” EntergyNOLA wrote on Facebook.

New Orleans Baptist Theological Seminary President Jamie Dew posted on Facebook Sunday evening that the school was without power and had major tree damage. He added that no flooding was taking place on campus.

“Pray that holds,” he wrote. “We will know much more at daylight. If evacuated, DO NOT attempt return until we communicate when that is possible. For now, pray for #NOLA.”

“Thanks again for the prayers and support,” he wrote. “Praying for nothing worse. But praying even harder for those in the direct pathway of #Ida.”

WWL-TV in New Orleans reported that rescue requests have come from some among the 40 people still on Grand Isle. But Parish President Cynthia Lee Sheng said that a response was not possible until the storm has passed. The news station also said that 22 barges had broken loose from their mooring in St. Bernard Parish and were drifting in the Mississippi River.

A generator in the Intensive Care Unit of the Thibodaux Regional Medical Center failed, according to the Times-Picayune/New Orleans Advocate. Patients were transported through a stairwell to another part of the hospital that still hadpower.

Further north, a portion of a roof in the French Quarter of New Orleans had fallen into the street near the intersection of Decatur and Toulouse streets.

In Madisonville, a tree fell on a home. However, no injuries were reported and Mandeville Fire/EMS had placed a tarp over the hole in the roof in an effort to minimize damage, according to the St. Tammany Fire District No. 4 Facebook page.

Louisiana Baptist Executive Director Steve Horn told the Baptist Message that while the days ahead will be difficult, he found comfort in 2 Corinthians 12:9.

“Jesus said to Paul when Paul’s thorn in the flesh was not removed, ‘My grace is sufficient for you, for my power is perfected in weakness.’ As I watch our day unfold, it appears that the days ahead will be quite difficult, so we will go on in the sufficient grace of Jesus.

“Our message for a few years is that Louisiana Baptists are ‘Here for You.’ We believe Louisiana Baptists exist to seek the lost, serve the churches, and support cooperative missions and ministries. A hurricane does not change our mission, in fact, Ida brings clarity, confirmation, and exposure to our mission. I pray that God will bless our efforts in the coming months to succeed in all of this.

“Our Disaster Relief lead strategist, Stan Statham, has a good plan, and we are ready to implement that plan. Our SBC partners at NAMB, Send Relief, have been awesome supporters to help us to prepare. Our state convention partners from other states are ready and willing to help in all ways possible.

“I am proud and thankful to be a Louisiana Baptist and a Southern Baptist today. We don’t want to do this alone. We need each other.

“Right now, I encourage all Louisiana Baptists to pray for our brothers and sisters in SE Louisiana. Pray today for their safety. Be ready to give. Be ready to go. Be ready to take people into your home. Be ready to do anything we are called upon to do. And pray that in all of this, the Lord will be glorified, and we will maximize Gospel impact.”

This is a developing story. Follow baptistmessage.com for additional storm coverage.

By Mark Devine As the dust settles from the annual meetings of two major evangelical denominations, the contrast between them could hardly be more stark. Courage won the day among those gathered for the PCA. Fears of elitists won out among the messengers to the SBC. ... READ MORE … END_OF_DOCUMENT_TOKEN_TO_BE_REPLACED