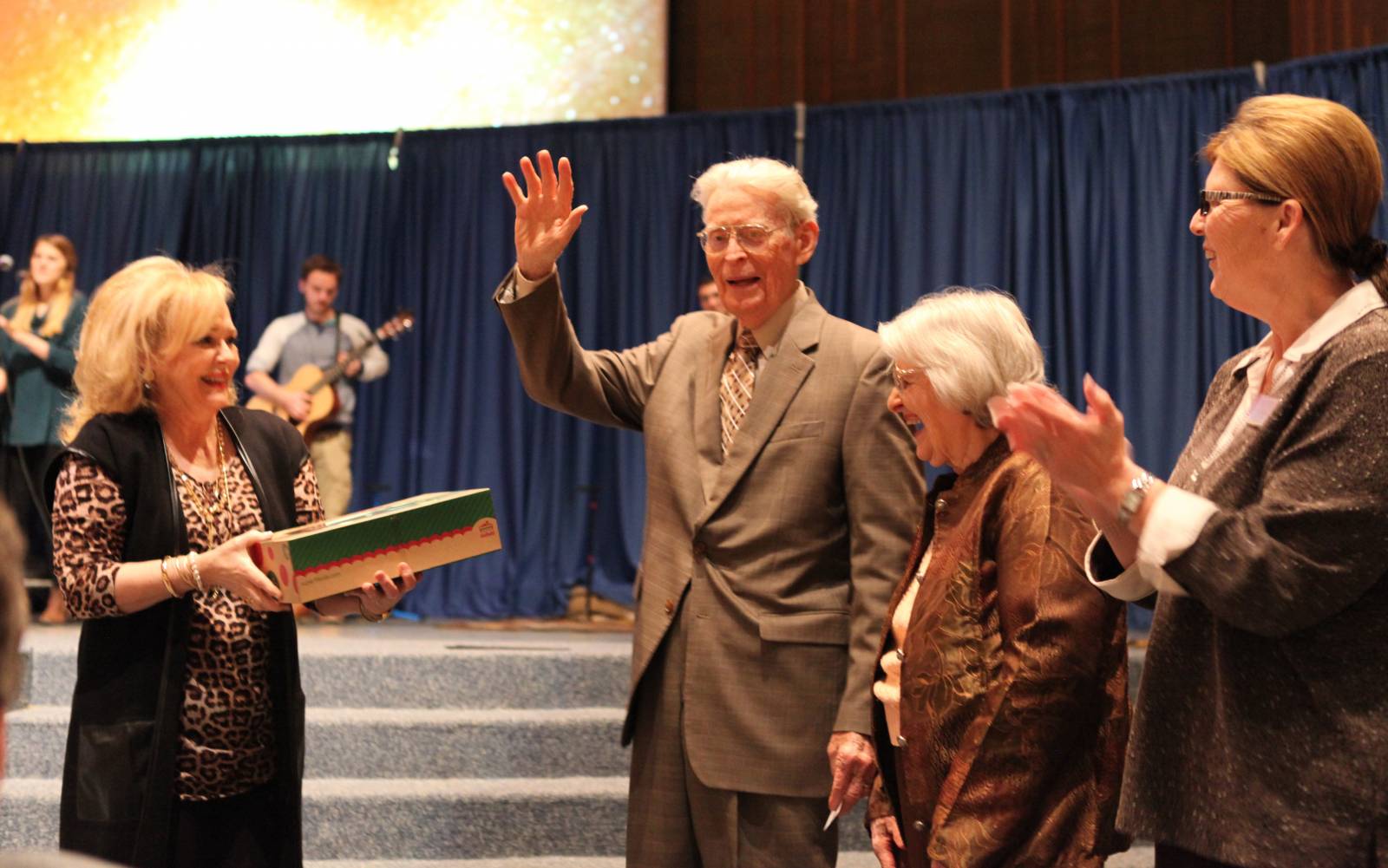 PINEVILLE – LC officials surprised Leon Hyatt and his wife Ann with a birthday cake during the college’s February 11 chapel service, which was the day Leon turned 90 years old.

Several times Leon served as an LC trustee, and he was a long-time Baptist pastor in Louisiana.

Recently, Leon gave his pastoral library of some 6,000 volumes to the college.

“Though I have known Leon for a short time, I have a sincere appreciation for his long-standing service to Louisiana Baptists and for his unswerving love for his alma mater,” said Dr. Rick Brewer, LC’s president.

By Will Hall, Baptist Message executive editor ALEXANDRIA, La. (LBM) – It’s a presidential election year, Louisiana has suffered another devastating natural disaster, and as Yogi Berra has said, “It's déjà vu all over again." In 2016, presidential candidate Donald Trump came to Louisiana just days after the … END_OF_DOCUMENT_TOKEN_TO_BE_REPLACED