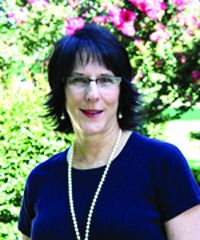 The Ashley Madison website was launched in 2001 as a matchmaking site for married people seeking to have affairs. The site’s slogan was “Life is short. Have an affair.”

In July, hackers stole the personal data of more than 30 million of the site’s users and released it online in August, according to media reports.

Stories are being heard across the globe, as well as in our state, of families torn apart, of children who are afraid of what’s happening to their parents, and of the tragedy of suicide.

Ministers have resigned from their churches.

Others are struggling with the guilt and shame of hidden sin, hoping that no one will find them out.

Churches, Christian organizations, and their leaders are grappling with how to deal with the aftermath of Ashley Madison with grace and truth.

Christian leaders need to understand the extensive nature of the damage that can be done by extramarital affairs to both families and church congregations.

It will take months, and in some cases, even years, for complete healing to occur.

There also may be circumstances in a person’s life that contribute to him or her being vulnerable to this kind of sin.

There is often a connection between a difficult past experience and a person’s current involvement with pornography, marital infidelity, and other addictive behaviors.

This does not excuse the sinful behavior, but for many, when the underlying emotional problem is healed, issues like pornography and adultery, which lie above the surface, can also be healed.

LifeWay Christian Resources President Tom Ranier recently stated, “Christian leaders must lead by acknowledging the scandal of publicized adultery and addressing it with grace. But to be grace-filled does not mean we minimize the sins of adultery, lying, and betrayal.

“It is incredibly sad and tragic when Christians on the list have more to fear and less hope than non-believers on the list,” he said. “I fear that some Christians will retreat into a mode of legalism and judgment when grace should be pervasive. Now is the time for the body of Christ to be one of grace, healing, and restoration.”

God is a loving, redemptive Heavenly Father who wants to bring healing to the hurt places in our lives.

Galatians 6:1-2 (HCSB) states, “Brothers, if someone is caught in any wrongdoing, you who are spiritual should restore such a person with a gentle spirit, watching out for yourselves so you also won’t be tempted. Carry one another’s burdens; in this way you will fulfill the law of Christ.”

Granberry Counseling Centers are offering Christian counseling at NO COST to any Louisiana Southern Baptist minister or minister’s wife who has been impacted by the Ashley Madison situation. We have eleven counseling centers across the state.

By Will Hall, Baptist Message executive editor ALEXANDRIA, La. (LBM) – It’s a presidential election year, Louisiana has suffered another devastating natural disaster, and as Yogi Berra has said, “It's déjà vu all over again." In 2016, presidential candidate Donald Trump came to Louisiana just days after the … END_OF_DOCUMENT_TOKEN_TO_BE_REPLACED