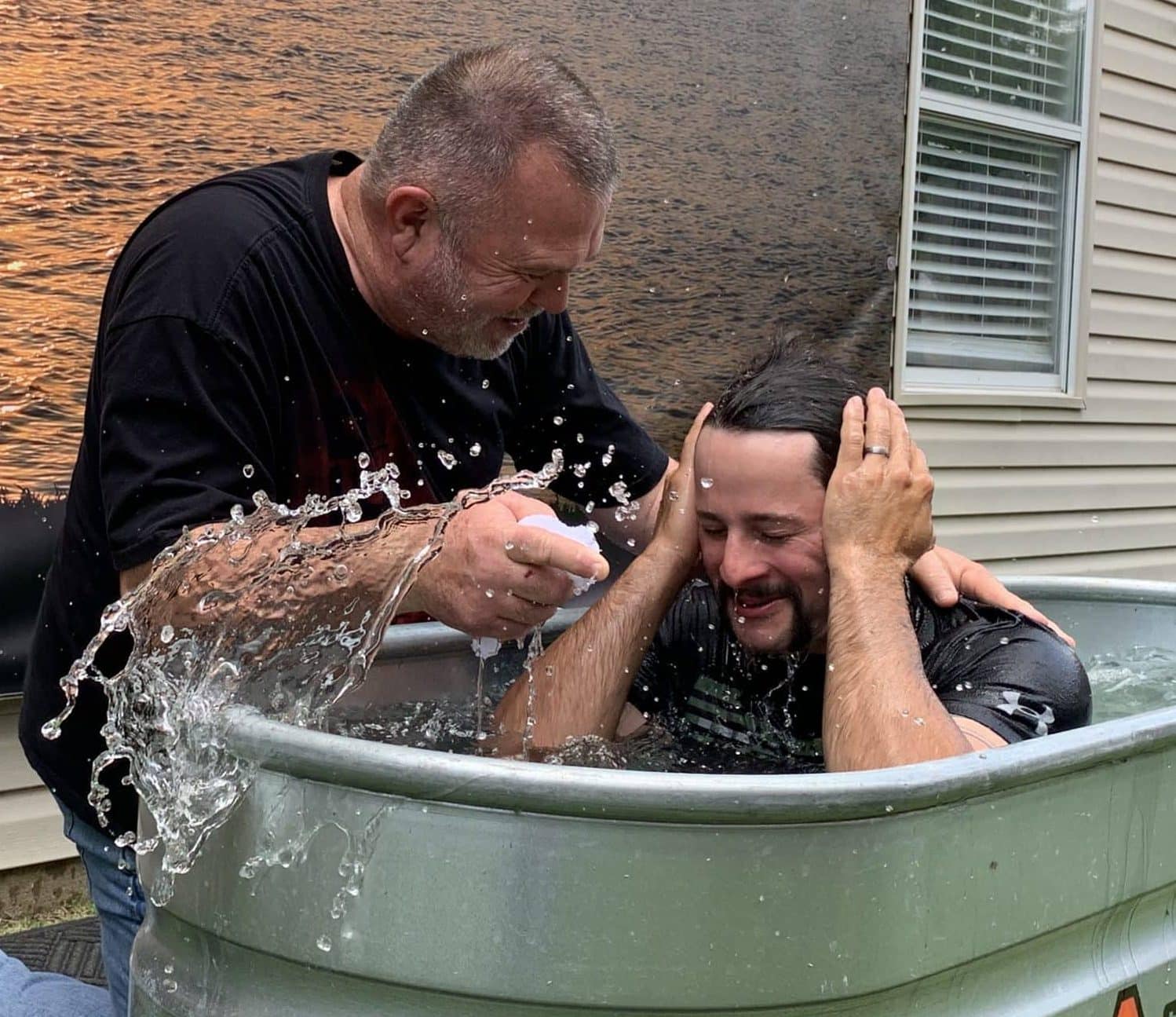 PINEVILLE, La. (LBM) – Quinton Aldecoa had heard about God’s amazing grace before, but in January the concept resonated with him during a message by Pastor Steve Speer at HIS Church in Pineville.

He confessed his sins, asked God’s forgiveness, and was anxious to make a public profession of faith through baptism at an annual group baptism celebration at Lake Buhlow. After the novel coronavirus pandemic delayed the special service until after all restrictions on public gatherings are lifted, Aldecoa opted instead to be baptized with two others during the first available opportunity following the May 24 in-facility worship service.

Friends and family, gathered in an area outside the worship center, cheered on the three new concerts whom Speer baptized inside a portable baptistery in front of a large photo of Lake Buhlow.

“Getting baptized was a huge sigh of relief,” Aldecoa told the Baptist Message. “I was hit hard a few months ago about my need to follow Christ and to lead spiritually. Our family’s discipleship and spiritual growth starts with me.” 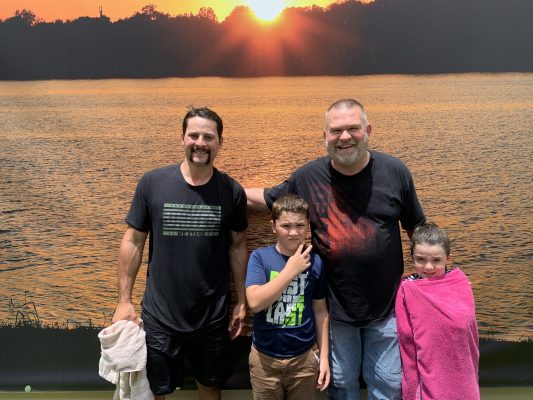 Three new converts stirred the baptistery waters May 24, 2020, at HIS Church in Pineville. Brian Blackwell photo

Since HIS Church was formed in 2006, 659 persons have been baptized. Membership has grown from 22 individuals when the church began to 1,450 congregants now, with 700 of them, on average, attending weekly worship services.

Speer is quick to point out that the increase in baptisms and membership are because of the congregation’s yielding to God’s call to share Christ with their neighbors. He also underscored that the church’s mission has continued despite conducting only online services from March 22 to May 10. During that time, internet viewership increased from 50 in early March to more than 500 now.

“We’ve had people from all over the nation and world join us,” Speer said. “It’s crazy how this has extended the way we are able to get people tune in once the church was scattered.”

HIS Church resumed services inside its facility on May 17, when 300 people, combined, came together for one Saturday and three Sunday services.

Speer said he is excited about where God will take his church as they continue ministry.

“Before this, we may have taken church for granted,” he said. “We didn’t realize how blessed we were to be together in person. It’s so good to be back home.”

By Chuck Kelley Rhonda and I met on our first Sunday at Baylor University. We began dating during that freshman year, became an exclusive couple our sophomore year, publicly committed to a serious relationship in our junior year, became engaged in our senior year, and were married in June after graduation. We … END_OF_DOCUMENT_TOKEN_TO_BE_REPLACED