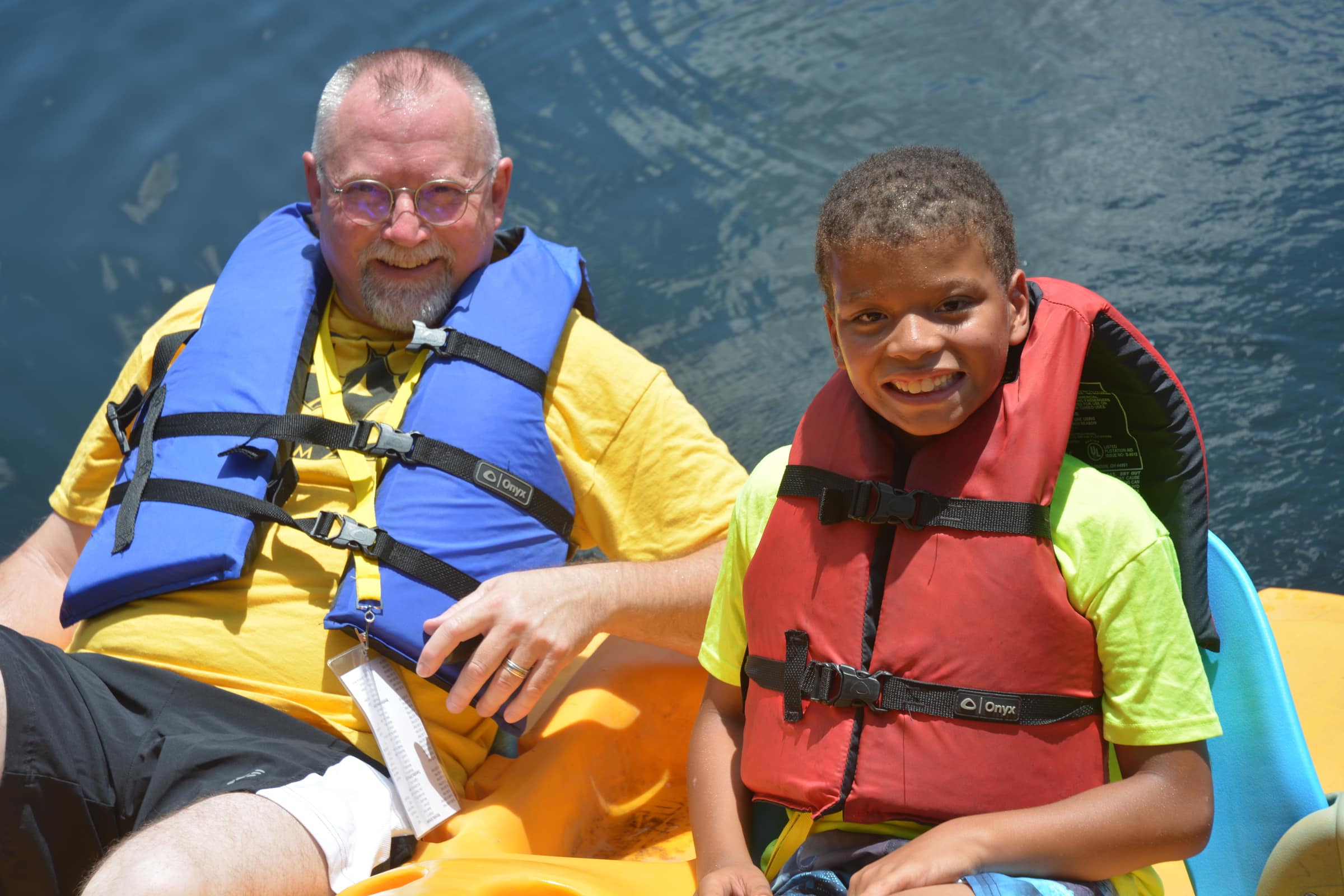 A buddy and his Champions Camp participant enjoyed a ride on the paddle boat in June 2018. File photo

ALEXANDRIA, La. (LBM) – The Champions Camp for individuals with special needs has been cancelled because of novel coronavirus pandemic concerns.

Originally scheduled for June 11-13, the start of the camp was pushed to Sept. 18-20. Concerns over health issues of the campers forced the camp’s cancellation.

“This is such a special camp that fills a great need that we did everything we could to try and make it happen in 2020,” David Anderson, children’s ministry strategist for Louisiana Baptists, told the Baptist Message. “Instead of just cancelling it this summer we chose to postpone it, hoping that things would look much better in September.

“At this point, however, we are not where we feel comfortable moving forward with the plans for Champion’s Camp,” he continued. “So many of our campers deal with so many various and unique health issues that we do not feel that we can take that risk of exposure at this time. We want to be clear though in that Champion’s Camp will be back in 2021 stronger than ever.”

Anderson said next year’s camp is scheduled for June 10-12.

By John Hebert, Louisiana Baptist missions and ministry team leader ALEXANDRIA, La. - “By faith Abraham, when he was called, obeyed by going out to a place which he was to receive for an inheritance; and he went out, not knowing where he was going.” (Hebrews 11:8) This verse describes the exercise of faith … END_OF_DOCUMENT_TOKEN_TO_BE_REPLACED