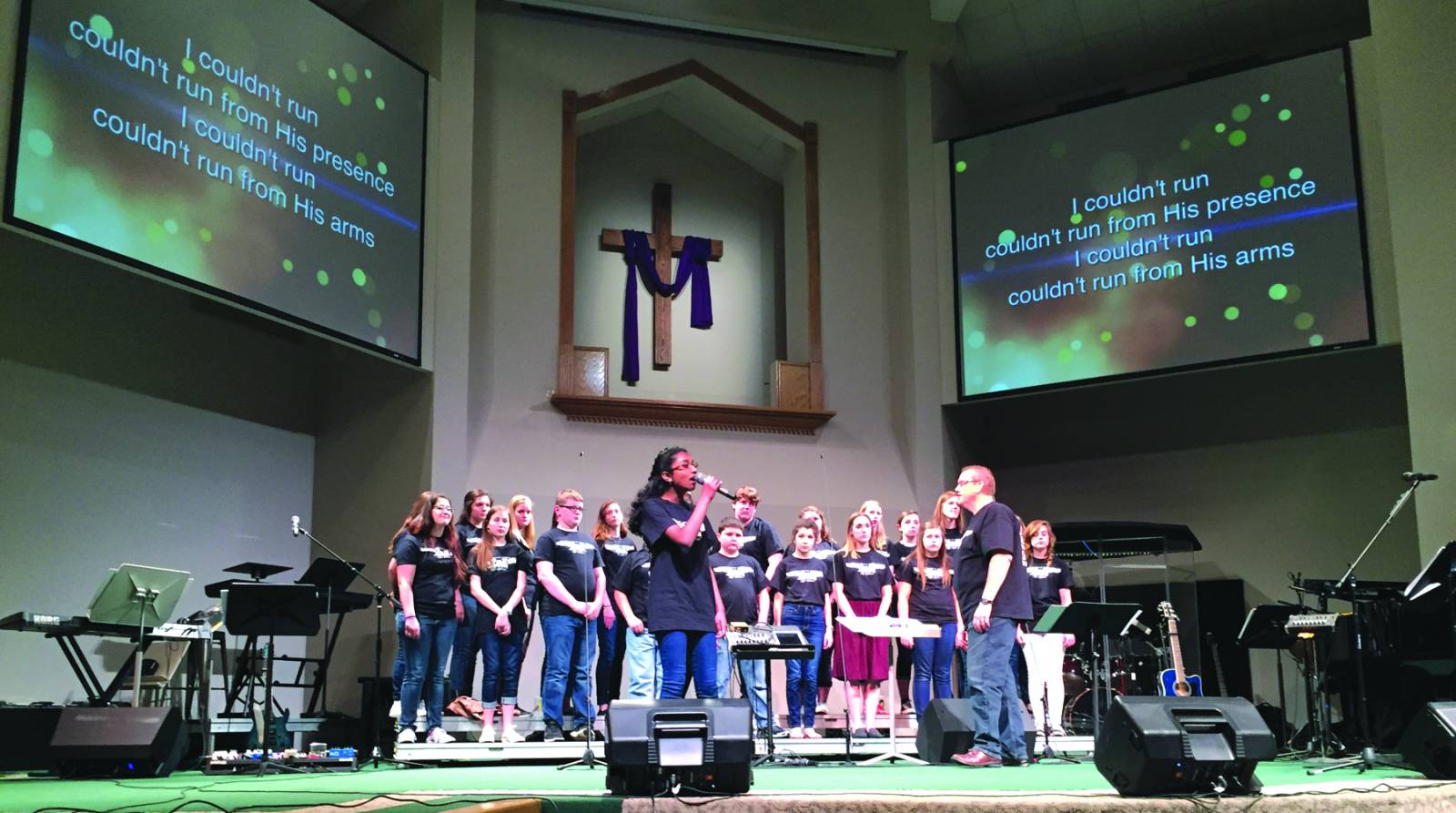 DEVILLE – Spring break for 70 youth and leaders from Philadelphia Baptist Church was more than just a recreational outing along the southeast Texas coast.

By the end of a week in Brownsville and Houston, the group saw 123 people come to know Christ, including five members of the evangelism team.

“No one worked harder than our youth and their leaders,” said youth minister Stuart Sasser. “When one person was working, all were working. As always we went to serve and make a difference in the lives of those whom we came to serve. But through it all, God may have impacted our group greater than the ones we actually came to serve.”

The youth worked in several teams on a number of mission projects, including: “stomp” and “trashcan drum-line” performances at 10 assemblies in six schools and three times at a Chick-fil-A restaurant; canvassing more than 1,000 homes in 12 neighborhoods with the Gospel; and, conducting four block parties. They also painted a house and worked in two mission compounds, removing dirt, digging ditches, moving bricks and shoveling rocks from the back of dump trucks.

Throughout their time in Brownsville, the Louisiana group teamed up with evangelist Ken Freeman, and during one of the revival services, five youth from Philadelphia Baptist Church came forward to accept Christ.

“His amazing testimony and powerful preaching was a perfect fit for us that week,” Sasser said. “In my 22 years of youth ministry, I have never seen anyone better at speaking at school assemblies and then drawing them back to hear a clear Gospel message than Ken.

“Ken also gave lots of encouragement as he spoke to me about what a special and rare youth group that our church is blessed with,” he continued. “In fact, he wishes he could take our youth on the road with him.” 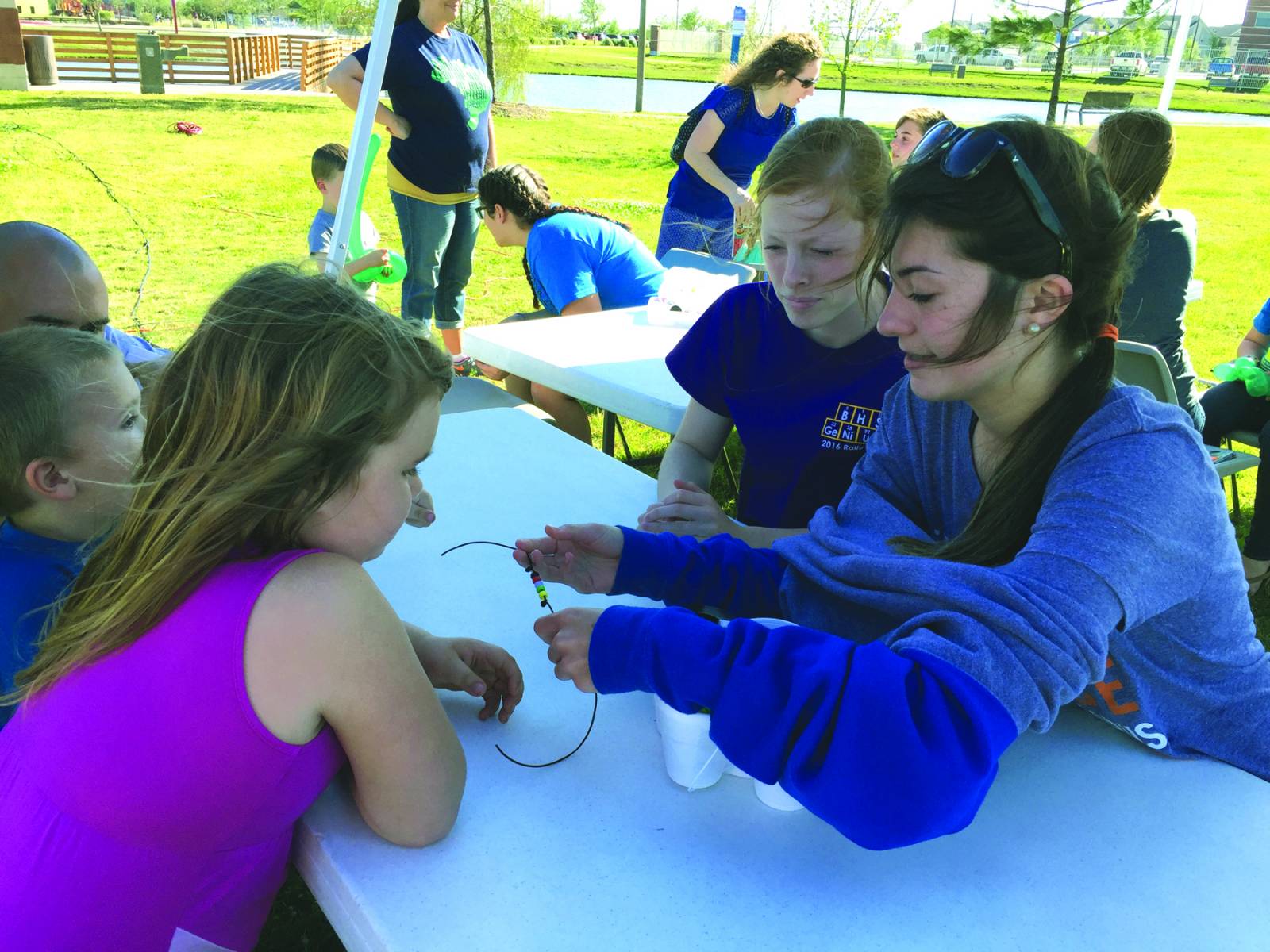 First trip since near-fatal crash in 2015

The trip was the first the youth group has taken since June 2015 when 25 students and adult chaperones survived a serious bus accident in Florida on the way to church camp. The 30-passenger bus left the roadway and hit a tree June 26.

Twenty-five riders on that bus were taken to four different area hospitals for treatment, hough none had life-threatening injuries. Just one of the youth involved in the accident was unable to return immediately, but she was able to travel only days later.

Another 40 members of the church party were in a second bus and a multi-passenger van.

“This was our first big trip since last summer. There were some that were experiencing a little anxiety getting on the road,” Sasser said. “Praying for safety is something we never want to take for granted. When you go through something like you did last summer, you pray for God’s hand to be on you. The completion of this trip was a small victory and it was great to put last summer behind us.”

Sasser said passion for service was engrained in the hearts of his youth even before their spring break trip.

During the year, they commit themselves to service ministry teams, including choir, children’s Bible study teaching, drama, media, drumline, stomp, worship bands, neighborhood evangelism and preaching. Sasser believes that students are not only the next generation of church leaders, but they are part of the church now and they should be given the chance to serve when they are teenagers.

He said that by the time teenagers graduate from the youth ministry at Philadelphia Baptist Church, they know the Gospel and how to share Jesus, they are nurtured to be sensitive to the Holy Spirit, and they have learned how to disciple others. A group from Philadelphia Baptist Church’s youth ministry traveled to Dayton, Texas where they spent a week working on several mission projects and saw 123 people come to know Christ.

“With the opportunity of these servant ministry groups, hopefully a teenager in our church can feel equipped and find a place to serve and experience being the working body of Christ,” Sasser said. “The key to a great group of youth is having an amazing and organized leadership team. That is exactly what we have at Philadelphia. Everyone understood their own specific position on the team, and trusted each other to get the job done.”

Noah Roberts enjoyed using his servant ministry training to invite others to a block party and church service, which ultimately resulted in some of those who accepted to make decisions to follow Christ.

“The mission trip was a growing process for all of us serving on the trip and five of our own even accepted Christ,” Roberts said. “The way the Lord moved on this trip was something like we have never seen. To say the least, our God is not dead, He is still moving and still saving people. I encourage everyone to be obedient to the Lord and what He has for your own life. Where is He leading you?”

The trip was life-changing for Sidnie Kendrick. Called to music ministry in the summer of 2014, Kendrick was able to use her musical gifts to lead worship at various locations.

“My favorite part was being able to look out at the congregation and seeing people worship,” Kendrick said. “It’s really cool to see the different ways people worship. Whether they have their hands up, singing at the top of their lungs, or they have their eyes closed, quietly praying to themselves, I love to watch the peace and emotion on their faces as we all worship our amazing God together.”

By Steve Horn ALEXANDRIA, (LBM)--You might be tired of hearing that we are living in unprecedented days, and, of listening to endless reports about the crisis, quarantine, social distancing, stay-at-home orders, and flattening the curve. I know I am. So, how about some good news? Our churches are … END_OF_DOCUMENT_TOKEN_TO_BE_REPLACED