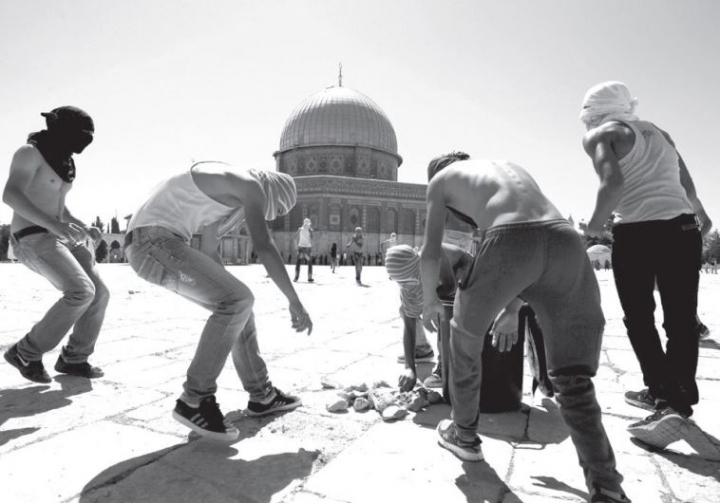 ERUSALEM (Christian Examiner) – A spokesman for the Palestinian terror group Hamas, which claims in its charter its desire to annihilate Israel, said Hamas militants are ready to commit “martyrdom” operations to defend the Al Aqsa mosque on the Temple Mount, the Iranian News Agency has reported.

Hamas spokesman Mushir al­-Masri said the mosque needed to be defended from the “occupiers,” or the Jews, after Israeli police and soldiers raided the Temple Mount Sunday, Sept. 13, while Muslim worshippers were inside the mosque.

“Any more provocation in Jerusalem will affect the relationship between Jordan and Israel.”
– King Abdullah II of Jordan

The police took action after Palestinian youths tried to disrupt the visit to the Temple Mount of both Jews and foreign tourists on the eve of Rosh Hashanah, which began at sunset. Rosh Hashanah is the Jewish New Year.]

By Stewart Holloway PINEVILLE, La. (LBM) - For over two months now, my oldest son, my mom, and I have spent most Friday mornings at my mom’s clearing overgrown brush. What was planted as a fruit orchard in an open pasture almost thirty years ago has grown into a wilderness of every kind of vine and tree … END_OF_DOCUMENT_TOKEN_TO_BE_REPLACED