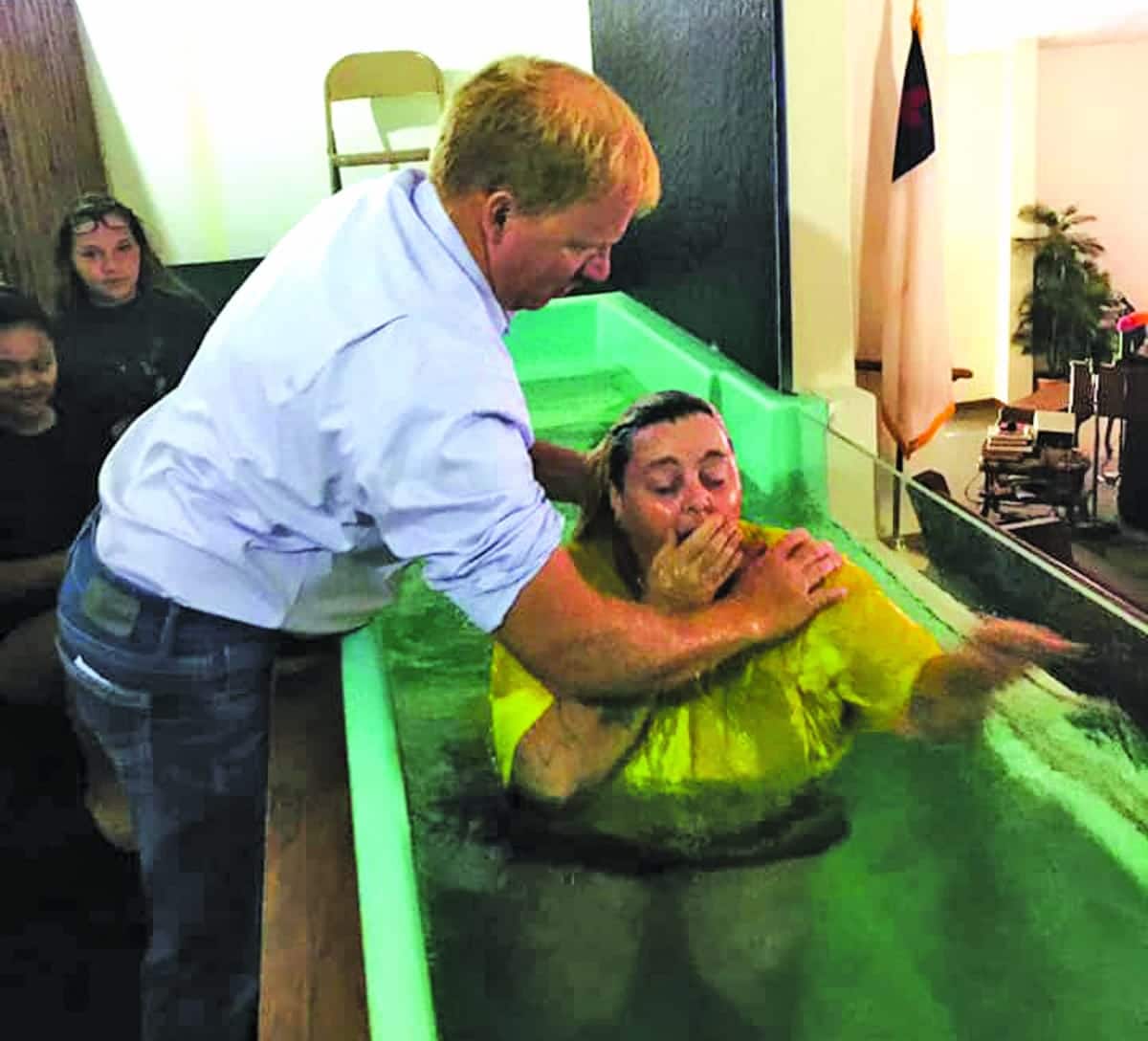 MERRYVILLE, La. (LBM) – Michael Burgess prayed for God to move when he accepted the call in July to pastor his first church, Green Oak Baptist Church in Merryville, but he never imagined the revival the Lord would bring among the congregation and a community of 1,100 in the weeks following Hurricane Laura.

Since the August storm, the church has grown from 20 in Sunday morning worship to 75 in late September and has baptized five new converts, with additional baptisms scheduled in the coming weeks.

Many days, whether from the pulpit or at a feeding line for those impacted by Laura, Burgess marvels at how God has breathed life into the church within a short time.

“When I pull onto the church grounds I know this is where God is working,” Burgess told the Baptist Message. “I’ve seen Him multiply our congregation and have seen people who left come back.

“One of my prayers to God when I took this church was ‘let me see you work. If I preach, let me be good at it for you. But let me see this through your lens.’ I thought it would be in baptisms but never knew it would occur out of a hurricane. Never did I think I would see it in lives turned upside down.”

Nearly every day since Laura, the church has received supplies from individuals and churches locally, statewide and around the nation, which have been distributed to the community — more than 1,500 food boxes and another 2,000 items such as personal hygiene products, cleaning supplies, baby food and clothes. Additionally, the church hosted 300 community members in September for a family fun day that included a cookout, inflatables and games.

Rayna Pajares, a recipient of grocery staples, began attending worship services in early September after watching members ministering to the community. Shortly afterward, she was convicted of her need for a Savior and publicly declared her newfound faith through baptism, Sept. 20.

“With all that was going on with the hurricane and the church, I felt it was time to make a commitment to Christ,” Pajares said. “I have been overjoyed to have a part in helping others in need. This is what God wants us to do as His children.”

Charlie Casner, already a believer, also joined the church after receiving food and subsequently volunteered to help other needy individuals at Green Oak Baptist. Casner said he has received a blessing from giving of his time to help his fellow community members.

“It feels great to see those faces light up when you help them,” he said. “The people just have this excited look on their face knowing someone cares.”

By Stewart Holloway PINEVILLE, La. - I’ve heard people say, “If that doesn’t light your fire, your wood is wet.” I would say that about yesterday. It’s been a while since I had a 15 1/2 hour Sunday and was so jazzed when I got home that it was hard to come down. But yesterday was that. First, we had baptisms … END_OF_DOCUMENT_TOKEN_TO_BE_REPLACED