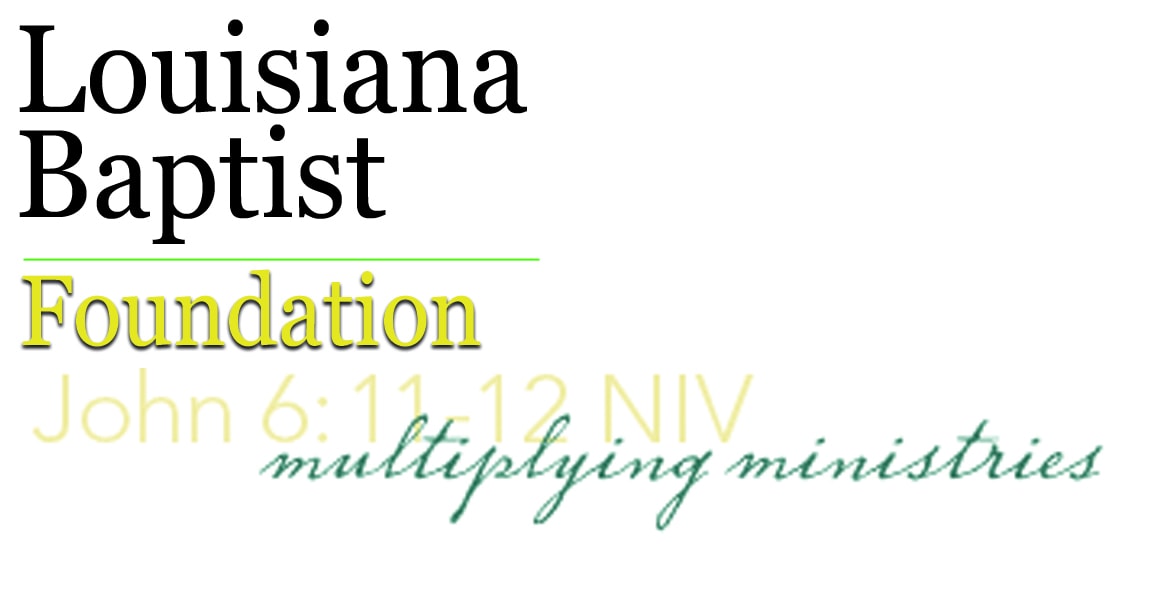 ALEXANDRIA, La. – The Louisiana Baptist Foundation Board of Trustees received good financial news all the way around at its October meeting.

In reviewing operations and investment performances for the third quarter of the year, trustees learned the Foundation’s portfolio continues to see positive returns for the year with each component performing well year to date.

Fixed income portfolios are performing as should be expected based on interest rate movements.  With rates low the fixed income managers are being more “defensive,” meaning the portfolios have a shorter duration than their stated benchmarks in anticipation of rates eventually moving upward.

The alternative investment portion of the LBF portfolio (preferred stocks, convertible securities, MLP’s, covered calls and infrastructure) continued to add value.  All the individual segments had strong returns with the majority showing returns in the teens.  The alternative mix is designed to enhance the overall portfolio while adding diversity and reducing volatility.

Equities continue their positive performance for the year with the domestic and international components meeting or exceeding their benchmarks.  Morgan Stanley’s research expects to see a shift in leading performance from growth oriented stocks to value stocks in the next few quarters.  They still maintain that international will perform better than domestic over the next several years.  The expectation is for modest average returns for the 7-year horizon.

LBF portfolio performance through Q3 of 2019 produced the following returns:

It also includes money that is managed on behalf of LBC agencies such as Louisiana College and the Louisiana Baptist Children’s Home as well as Baptist churches in the state.

Murray reported the operating budget is still expected to complete the year ahead of projections primarily due to holding expenses in line and growth of assets owned by the LBF.

Chuck Murray reported continued progress on the accounting system upgrade and still expects to be fully operational by the beginning of the new year. The updated software will provide additional long-term data security and offer a platform for expanded services to the Foundation’s clients in the future.

Jerry Love, the Foundation’s Planned Giving Director, reported on several gifts that were completed during the third quarter which included a gift of retirement assets, completed testaments and a completed succession.

Two promotional videos that will be used at various meetings and will be available on the website also were presented the board by Love and Jeremy Waters, LBF Regional Executive. The videos tell the stories of donors who have used the Foundation’s services and how their gifts have been a blessing to the ministries they support.

The Board of Trustees took action on two items:

First they approved adjusting the dollar amount range that can be placed into the reserve account for the Short Term Fund each month.  The reserve account is used to provide protection for depositors while also maintaining rate stability. Second, trustees approved the 2020 Operating Budget of $837,000.

Following the close of the meeting, the search committee met to begin the process of securing the Foundation’s next executive director as Wayne Taylor announced his intent to retire at the previous board meeting in July. Taylor has served in that capacity since 1995.

The next meeting for the Louisiana Baptist Foundation Trustees is scheduled for February 4, 2020.

By Waylon Bailey One of the most exciting stories in the life of Jesus occurred in his home town of Capernaum. As Jesus taught in what may have been the house of Simon Peter, four men carried their paralytic friend to the rooftop, tore the roof away, and lowered their friend right in front of Jesus. You … END_OF_DOCUMENT_TOKEN_TO_BE_REPLACED