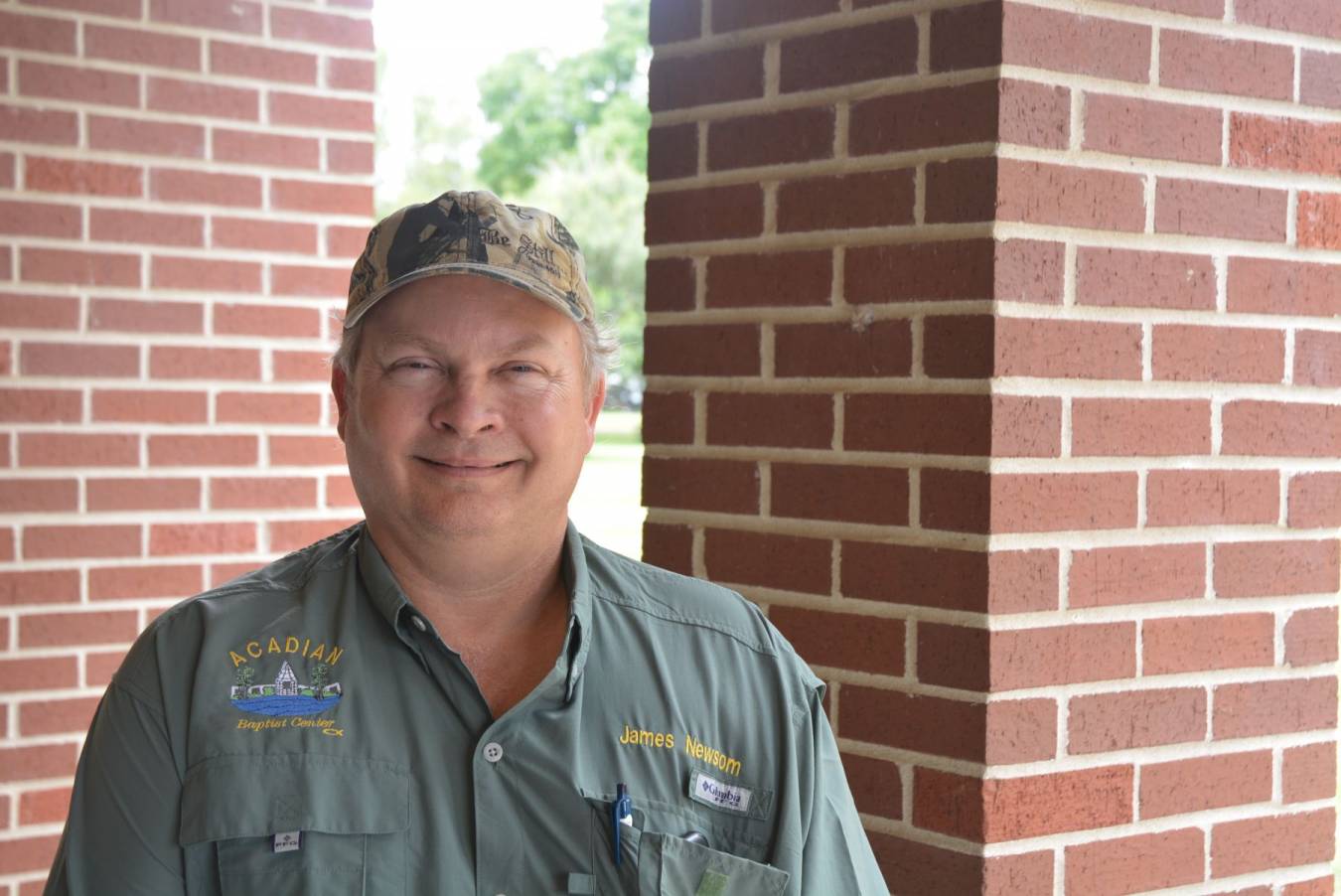 James Newsome, camp director of Acadian Baptist Center, talks on the improvements that are underway on the Eunice campus. Photo taken by Joe Dupree 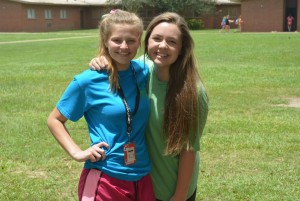 Two teenagers from one of the churches take time out for a photo-op. Photo taken by Joe Dupree

The first was to raise $1.4 million to complete much needed renovations to the cafeteria and dorms as well as some much needed maintenance around the Baptist encampment in south Louisiana. The second was to raise that goal to over $2 million.

Within a few months of its start, through God’s blessing, the money began to flow into the campaign. It not only surpassed its original goal of $1.4 million but quickly went over the new goal of $2,030,000.

As of today for the second campaign, ABC has collected $2.2 million in cash and pledges. The 40-year-old camp is supported by six associations, 80 churches, numerous individuals and companies

“Before we got started, we hired a company to interview a hundred of our constituents, board members, campers, local pastors, and supporters to determine what kind of response we might get,” said James Newsome, director of Acadian Baptist Center. “The results showed there was a lot of love for ABC and the ministries we have here. A lot of kids have been saved here at the camp over the years.

“So, we decided to look to the future and began a capital campaign. We called it Lighthouse for the Next Century. We prayed about our needs and within no time God answered our prayers,” said Newsom. “It was just so exciting to watch God at work. The Lord not only blessed this campaign but he continues to bless us as well.

Thanks to monies raised, the camp was able to finish renovating the cafeteria which doubled in size from the previous model.

Additionally, the Elliot and West Berry dorms received new beds and showers, the motel facilities on campus were given a new roof and various recreation events such as disc golf were added to the campus. And for pastors and ministers needing a break, a new cabin, the Caskey cabin, was built.

The renovations to the dorms and motel were completed by May of this year.

After the first fundraising campaign began, some additional property near the campground became available for purchase. With the camp owning property all around the area, Newsom thought it was a good time to step out on faith and buy the land.

The next round of renovations are set to begin in August after the summer camps have ended. This will include renovating dorms behind the gym, which completion set for October or November.

“I cannot begin to tell you how much the Lord has blessed us,” said Newsom.  “We have a lot to be thankful for.”

By Tim Patrick DERIDDER, La. – Many of you know we lost our oldest son in October. David was an IMB (Southern Baptist) missionary. His death gives me an inside view that many of you do not possess. This year, that view carries greater weight than ever. I share this view with you so that (hopefully) you will … END_OF_DOCUMENT_TOKEN_TO_BE_REPLACED