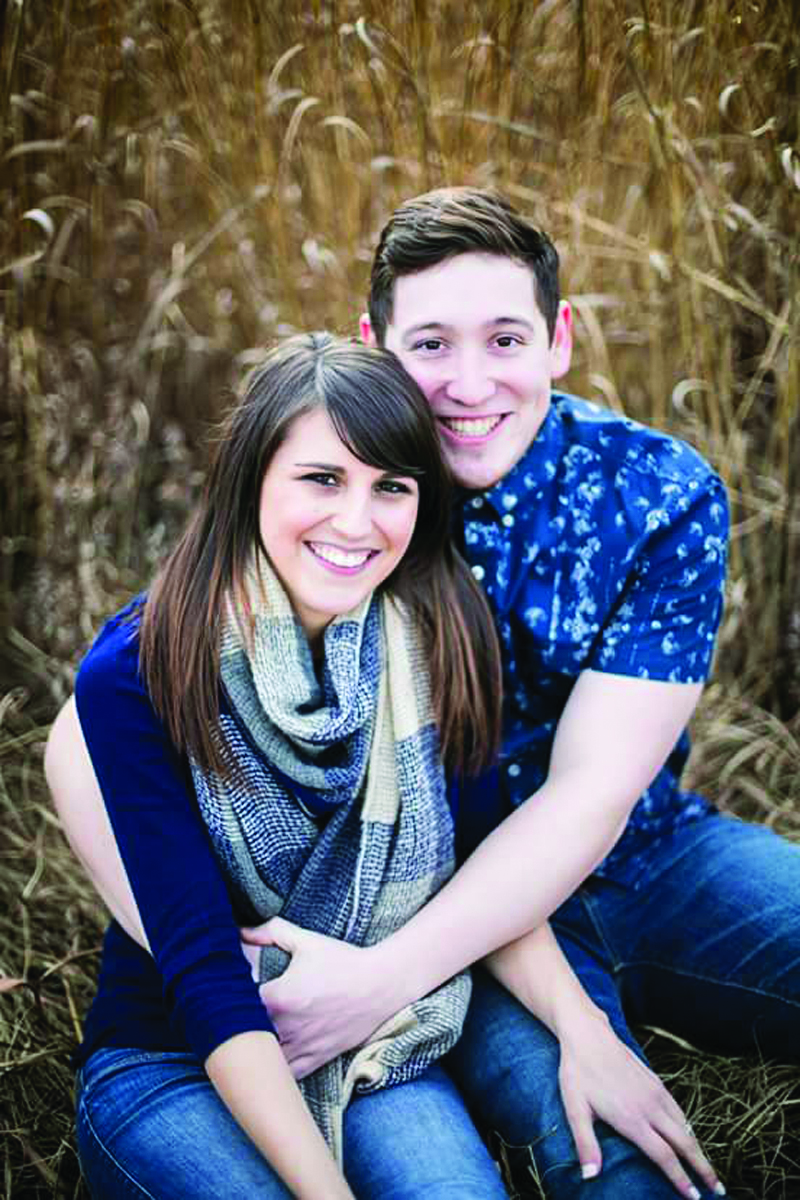 JACKSON, Miss. – ‘What an awesome God we serve’ is such a simple yet profound statement.

Shane and Kelly Kiper Longoria can attest to it.

Eleven days ago, 22-year-old Kelly was abducted at a convenience store on her way to work, shot in the head by her assailant and left for dead in a Winnsboro graveyard.

When she was airlifted to the Neuroscience Intensive Care Unit at Jackson Memorial in Jackson, Miss., the doctors told the family the chances were very high Kelly would not make it as they could not remove the bullet. They were concerned what the adverse effects would be by leaving the bullet.

Word quickly spread about the tragedy and people immediately began to pray. The prayer chain began slowly, just in the community, but it quickly expanded through family and friends to small groups, Sunday school classes and entire congregations. In less than two days, hundreds and then thousands were lifting the couple up in prayer.

“So many people know Shane and Kelly. They are both great kids … well liked and well loved. And, so many people know Miss Lisa (Lisa Kiper is Kelly’s mother) and the Kiper family,” said Craig Beeman, pastor of First Baptist Church in Winnsboro. “They, especially Lisa and her business, have done so much for so many in this community.

“So I can understand the community rallying around this family, wanting to give back and lifting them up in prayers,” said Beeman. “But I am in awe of just how many others – complete strangers – also have joined with us to pray for this family. Wow. This is big … huge.”

And God is answering those prayers like only He can.

“There are Gospel conversations happening at the hospital and in their community,” said Ben Hackler, a close friend of the couple and pastor of First Baptist Church Sterlington. “The Gospel is being shared and God is using this situation to show He is still in control.

“The doctors and nurses are the tools and hands of the One that ultimately has the final say in all things,” Hackler continued. “And Shane knows exactly where Kelly’s healing is coming from. They can feel and sense His power.”

Faced with so many obstacles when she was first brought to Jackson Memorial, Kelly has overcome much so far. Since Sunday evening, however, things are rapidly happening and the news has been so encouraging.

Getting off the ventilator, out of ICU and into a private room were three major hurdles.

“The doctors told us the chances of survival were slim,” Shane Longoria posted on Facebook. “The Lord had other plans.

“We were in ICU for nine days and were moved to a regular room last night (July 25). She has movement on her right side, she can say simple things, and is completely off of sedation and pain medication,” he continued. “The Lord has shown his faithfulness in this whole process. There’s a chance we might be in rehab by the end of the week. Her left side is immobile at the moment and she’s only making unintentional movements. Pray that her left side is fully restored.”

Hackler was able to visit with the couple July 25 and saw first-hand how well Kelly is coming along.

“As part of her therapy, they were getting her to toss and catch a stress ball with her right hand and Shane told her to toss it to me,” Hackler said. “I was standing at the end of her bed and she threw it right to me. It was amazing to see.

“She is alert and answers simple questions when asked,” he said. “Every day she makes small strides … baby steps. She is getting better and stronger.”

For the first time since the shooting, Kelly spoke Shane’s and Lisa’s name Tuesday, July 26. On that same day, she was able to stand up with assistance, brushed her teeth, and even ate a couple bites of pudding. She is working well with physical and speech therapy.

“I’ve heard it said the greatest sound a human can hear is their name from the person they love the most,” Shane posted on Facebook. “We have a long road ahead, but today has been a great day.”

Kelly’s mother posted this to Facebook, “She said “mama” yesterday ….made my heart smile! She makes gestures with her hands (“I love you”, “bye”, “a little bit”, thumbs up, and so on.) Praise God!”

Kelly’s story has captured the hearts of thousands and so many are lifting them up in prayer and longing for any news they can get on her progress.

“They are aware people are concerned about them and they feel the love and prayers,” Hackler said. “It is overwhelming right now but they are strong in their faith and believe in God’s healing power. In due time, they want to thank everyone and tell their story. Right now, though, they need their privacy. I am thankful I was able to get to see them and I am especially thankful I was able to pray for them before I left.”

Beeman said he is proud the way the community has pulled together and rallied around the family but not surprised.

“It matters not what denomination,” he said. “People are praying … people are doing. This tragedy is helping the community realize what is important and that is God. What is huge is the fact so many people are acknowledging the power of God and He is in control of the situation.”

Last Sunday, July 24, Beeman called the congregation to the altar to pray for God’s continued blessings on the family.

“The altar was filled,” said Beeman. “The situation, while tragic, has made a huge impact on people. I have only seen this type of outpouring of faith and prayer once before. It is amazing to watch and to be a part of something like this.”

While many in Winnsboro are standing behind her in prayer, others, including First Winnsboro, plan on donating gas cards, cards for meals and other gift cards to help the family.

A ‘gofundme’ account has been set up. T-shirts are being sold and there are numerous bake sales taking place daily throughout the community and the parish with the proceeds going to Kelly and her family during this time. The most popular item is a wrist band that simply says “Pray for Kelly.”

Still, what the couple covets the most is continued prayer.

“They have no idea how long it will take before Kelly can come home,” said Hackler. “It could be six months. It could be a year. No one, except God, really knows. We all need to pray for continued healing, strength and discernment for Shane and Lisa and God’s continued blessing on this family.”

“Her life is a miracle of God and her progress is remarkable,” Whatley posted on Facebook.  “Please keep praying, and we will continue to give God all the glory! We can’t wait to see what God has in store for Kelly and Shane.”

By Stewart Holloway PINEVILLE, La. (LBM) - For over two months now, my oldest son, my mom, and I have spent most Friday mornings at my mom’s clearing overgrown brush. What was planted as a fruit orchard in an open pasture almost thirty years ago has grown into a wilderness of every kind of vine and tree … END_OF_DOCUMENT_TOKEN_TO_BE_REPLACED